Students across the Valley have skipped classes since August 5 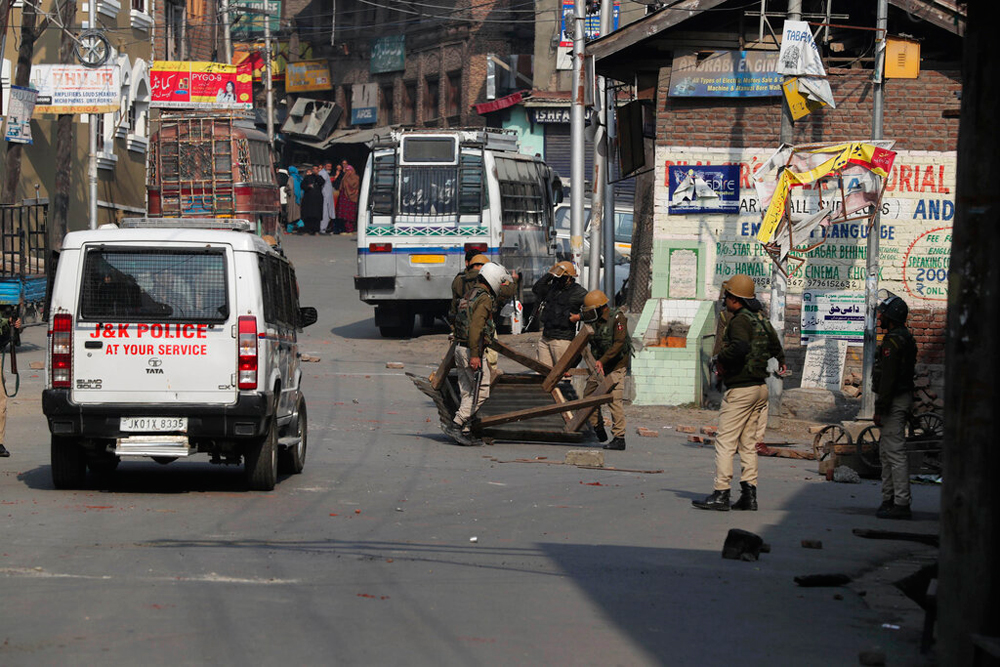 Anzar Ahmad faced the toughest test yet of his young life but it was time to celebrate too.

Like thousands across the Valley, the student of Tyndale Biscoe School, Srinagar, appeared for the Class X board exams that got under way on Tuesday.

But the exam was not the only thing on his mind. “I had a great time with my friends as I got to see them for the first time in three months,” the resident of Qamarwari, who appeared at the Sri Pratab Higher Secondary exam centre, told The Telegraph. “That the paper was easy was, of course, a bonus.”

Students across the Valley have skipped classes since August 5 when the Centre moved to scrap Jammu and Kashmir’s special status, largely as a protest against the decision. Academic institutions had initially remained shut for weeks because of government restrictions but after they were gradually thrown open from August 19, apparently to show all was well, the students chose to stay away.

On Tuesday, the students came out in droves to sit for the social science paper. The Class XII exams will begin tomorrow.

Syed Rouf, joint secretary, State Board of School Education, said most students took the exam. “Out of 65,000 students, only 568 remained absent.”

With no group behind the ongoing shutdown programme, the students’ decision to sit for the exam to save their academic calendar seemed to have a wide societal approval. But once the exams are over, the classes are unlikely to resume.

Police sources said some students raised pro-azadi slogans in Ganderbal before sitting for the exam.

Omar Muneer, also a student of Tyndale Biscoe, said they had a tough time preparing with no classes for three months. But the bigger worry “is whether we will now be at the mercy of big business houses, who might come, buy land and build empires here”.

Students will be particularly hit, he added. “(They) will have to compete with students from different Indian states for admission to professional colleges here.”