No one in Dalit politician's clan has work

A skinny, elderly villager lamenting in his rundown home that he cannot feed the 26 mouths in the family, Biranchi Paswan could be anyone among the tens of millions of poor hit by the lockdown.

Except that he’s not. He is the nephew and informally adopted son of a former Congress chief minister of undivided Bihar.

The lockdown has forced the family of Bhola Paswan Shastri, a Dalit politician known for his uprightness who helmed the Bihar government three times between 1968 and 1972, to borrow from village moneylenders to survive.

“Yeh lockdown hum logon ko barbad kar diya (This lockdown has ruined us). The government did not think about people like us, made no arrangements for us. It did not think of how we would earn or eat,” Biranchi told The Telegraph on Thursday morning at his home at Bairgachhi village in Purnea district, around 325km northeast of Patna.

He said none of the seven normally earning members in the landless joint family of 26 — Biranchi, his three sons and three nephews — is getting any employment as a mason or farm labourer.

“Work has simply evaporated. All construction has stopped. We managed somehow for a month but were forced to borrow around Rs 5,000 from moneylenders to stave off starvation,” Biranchi said.

How come the family faces such penury in a country where many former chief ministers and their families are known to stay on in plush government bungalows for years after the end of their tenures?

To Biranchi, the answer lies in the principles that many politicians from his uncle’s generation, who had begun their lives as freedom fighters, lived by.

Shastri (September 21, 1914, to September 9, 1984), who ruled Bihar for a total of about 11 months in three short stints and was a Rajya Sabha member too, jealously guarded his reputation for honesty.

He died nearly penniless, said Biranchi, whom the childless Shastri had verbally adopted as his son and who conducted his last rites.

“His bank balance wasn’t enough to pay for his shraddh,” Biranchi said in the courtyard of his one-storey, five-room, ramshackle brick-and-mortar house.

The house was built with an allocation of Rs 12,000 from the Indira Awas Yojana in 2003-04. It replaced the thatched dwelling in which Shastri had been born.

The former chief minister had bought a small house in Purnea town where he lived before his death from cancer at a Delhi hospital. It was here that he had adopted Biranchi. Shastri’s wife later sold that house.

The wrinkles on Biranchi’s face belie his official age of 52 — his Aadhaar card gives his date of birth as January 1, 1968 — but the Class V dropout insists his actual age is 70.

A bigger documentary anomaly, he says, is that the family’s ration card mentions just 12 of its 26 members. The monthly 2kg wheat and 3kg rice that every listed member gets at Rs 2 and Rs 3 per kg, respectively, has to be shared within the household. 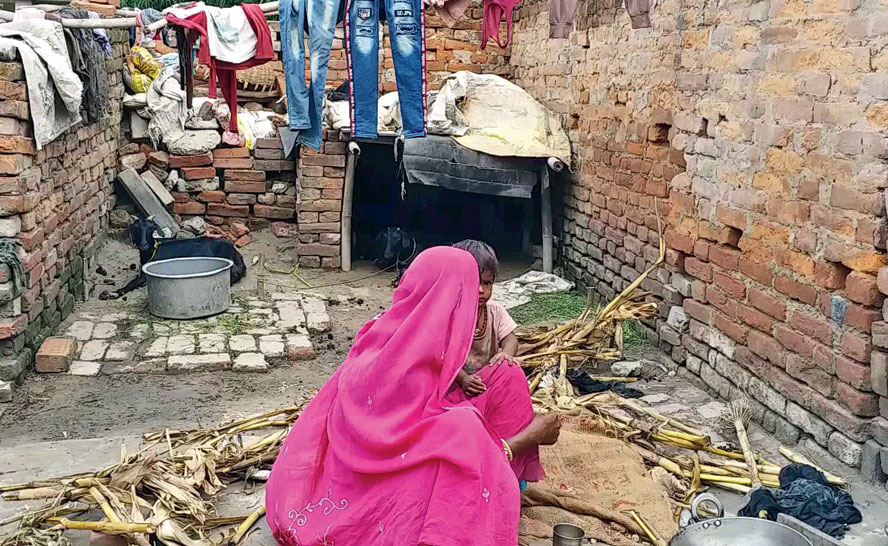 Biranchi and his wife Mangani Devi also receive Rs 400 each as a monthly old-age pension from the state government.

“I have run hither and thither to get the date of birth corrected in my Aadhaar card, and to get the names of the other family members included in the ration card. But nothing happened,” Biranchi said.

Getting a fresh name registered entails substantial paperwork, followed by frequent visits to the block office as the file passes from desk to desk. It’s a labyrinthine process that impoverished and poorly educated villagers find difficult to negotiate. They often face demands for bribes from touts too.

“I got fed up and stopped pursuing the matter. Recently the Jeevika women’s self-help groups took all our Aadhaar cards so that all the names can be included in the ration card. I have my fingers crossed,” Biranchi said.

Asked about his expectations from the government of the day, Biranchi said: “Sometimes I feel sad that my uncle (Shastri) stayed so scrupulously honest through his life.” 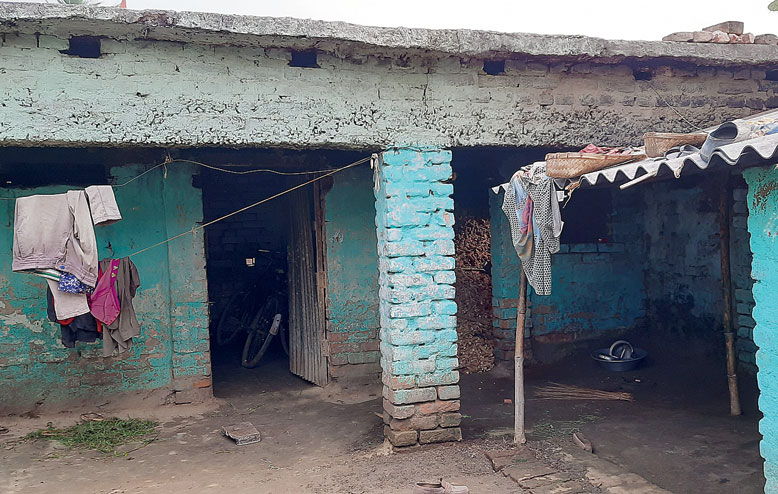 He recalled that he had once asked his uncle, when he was chief minister, to get a tarred road built to the village from the nearest highway.

“He refused, saying his life had been spotless and he would not allow people to point fingers at him (saying he had favoured his village despite being chief minister for the entire state).”

The road to the village was built after Shastri’s death and a school was opened in his name.

“I want to tell the government that if it can spend money to celebrate my uncle’s birth anniversary every September 21, it should pay some attention to us too,” Biranchi said.

Every year on that date, local officials hold small ceremonies at Bairgachhi and at Kajha Kothi, a few kilometres away, where a statue to Shastri has been built.

“I also want to tell the government that an old-age pension of Rs 400 is too little,” Biranchi said.

Help arrived, though not from the government, a few hours after Biranchi had spoken to this newspaper.

On Thursday afternoon, Opposition Rashtriya Janata Dal leader Tejashwi Prasad Yadav sent party workers to the village to hand over rations and a cheque for Rs 1 lakh to the family.

On Friday, Chirag Paswan, chief of BJP ally Lok Janshakti Party, too sent over a cheque for Rs 1.11 lakh and demanded the government provide jobs to the family.

Biranchi expressed happiness at the assistance as he spoke to this newspaper on Friday. But he added: “How long will Rs 2.11 lakh last for a 26-member family? I wish some in our family get jobs so they can take care of the rest.”