Evicted from home for CAA protest 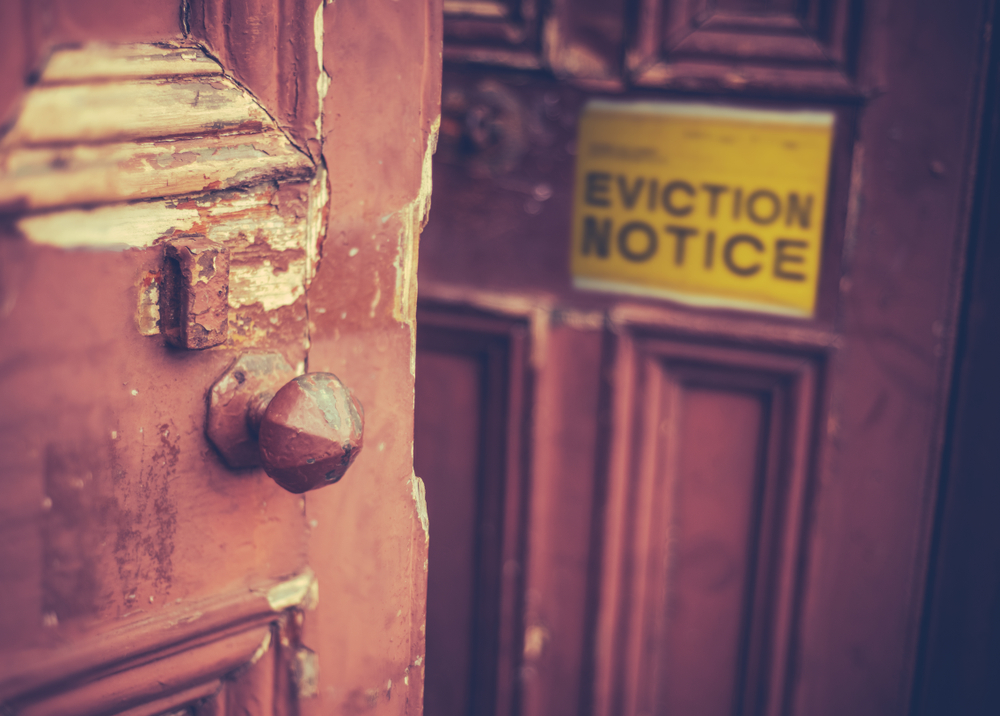 Surya said both she and her flatmate had been going for anti-CAA protests in the city and were aware that their decision to put up the banner would not be risk-free, but they had not expected to be evicted.
Representative picture from Shutterstock
Anita Joshua   |   New Delhi   |   Published 08.01.20, 10:03 PM

Two women, including a lawyer, were evicted from their rented apartment on Sunday for protesting against the Citizenship (Amendment) Act when Union home minister Amit Shah visited their lane in South Delhi’s Lajpat Nagar as part of the BJP’s mass-contact programme to address misgivings on the new law.

The two had hung a banner — made hurriedly with a white bed sheet — from the balcony of their third-floor flat to articulate their views.

It said: “Shame (in large capital letters), CAA and NRC (both crossed out), Jai Hind, Azaadi, and #NotInMyName.”

According to a statement put out by lawyer Surya Rajappan, one of the women to be evicted, she had also raised two slogans: “We reject CAA” and “We reject NRC”.

When contacted, Surya said both she and her flatmate had been going for anti-CAA protests in the city and were aware that their decision to put up the banner would not be risk-free, but they had not expected to be evicted.

They had also not expected their landlord, she said, to join the mob that hounded them, banging on their door in an attempt to force their way in.

“When we became aware of the pro-CAA rally led by Mr Shah, we exercised our constitutional and democratic right to peacefully protest against the same. As a common citizen, this was the perfect opportunity for me to register my dissent in front of the Home Minister himself,” Surya said in her statement.

“Upon noticing our protest, the members of the rally started getting enraged and visibly agitated, and proceeded to verbally harass and intimidate us by shouting out threats and derogatory/misogynistic remarks…. A mob of around 150 people collected on the street below our apartment. They were evidently enraged and threatened by the simple act of two girls protesting peacefully to tackle what they perceived as an obvious ‘threat’ to their propaganda parade.

“The protest banner that we had hung from our balcony was torn and taken away. A group broke apart from the mob gathered downstairs and forced their way up the stairs which lead to our residence and threatened to break down the door if we did not let them in. Not anticipating such a strong and violent reaction to a peaceful protest, we feared for our lives and safety and locked ourselves into our home, while they kept violently banging at our door and shouting until the police intervened.”

Their ordeal continued as the common entrance to the stairway of their house was locked by the landlord himself. Not only were they trapped inside, their friends and Surya’s father — who came in response to their SOS calls — were not allowed in either.

In the melee, the landlord also told them “we had been evicted from our residence”.

The stairway was opened after seven hours. The two women then left the flat after filing a complaint with the police. The police have remained tight-lipped over the incident.

Asked if they planned to file a case against the landlord for evicting them, Surya answered in the negative. “We are privileged and have a fall-back option,” she said. “But this cannot become a norm.”