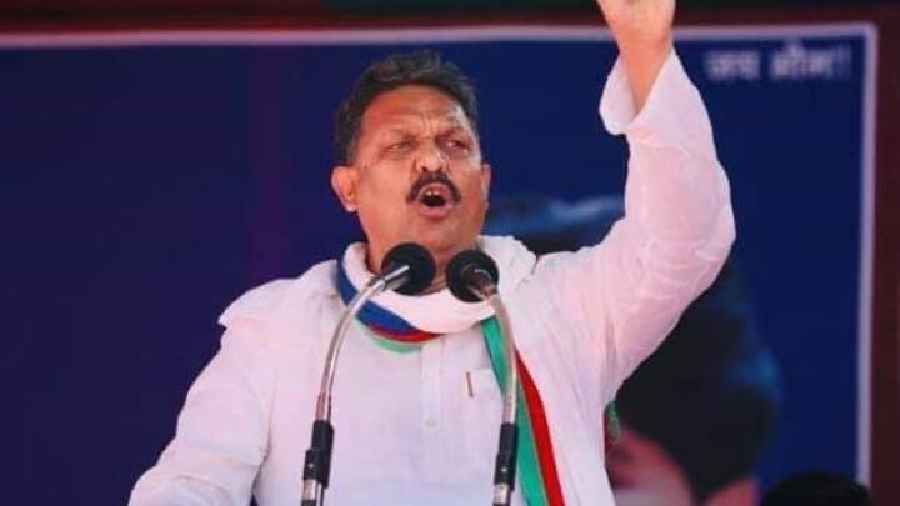 The Enforcement Directorate (ED) on Thursday raided the official residence of BSP MP Afzal Ansari in Delhi as part of multi-city raids being conducted in a money laundering investigation against his jailed brother and mafia-turned-politician Mukhtar Ansari, official sources said.

The Ghazipur MP's government accommodation at Janpath in central Delhi has been covered during the raids which are being carried out along with a CRPF security escort.

Afzal Ansari, 69, is the elder brother of Mukhtar Ansari and he was questioned by the ED in this case in May at its regional office in Prayagraj (Allahabad) in Uttar Pradesh.

The action is linked to some land and property deals of the brothers that are under the scanner of the agency.

The searches were conducted at about a dozen premises located in Ghazipur, Mohammadabad (in Ghazipur district), Mau and Lucknow in Uttar Pradesh apart from Delhi which are linked to Mukhtar Ansari, 59, and his alleged associates, they said.

Some documents have been recovered during the raids, officials added.

The action is aimed to gather evidence with regard to an ongoing investigation against Mukhtar Ansari and his associates under the criminal sections of the Prevention of Money Laundering Act (PMLA), the sources said.

Mukhtar Ansari, a five-time former MLA, is currently lodged in jail in Banda in Uttar Pradesh and has been questioned by the ED last year.

He is under the ED scanner in connection with at least 49 criminal cases booked against him, including those on charges of land grabbing, murder and extortion.

He faces trial in Uttar Pradesh in several cases, including attempt to murder and murder.

The Ghazipur district administration last week had seized two plots of land, measuring 1.901 hectares and valued at over Rs 6 crore, that were purchased using alleged illegal earnings of Mukhtar Ansari, according to police.