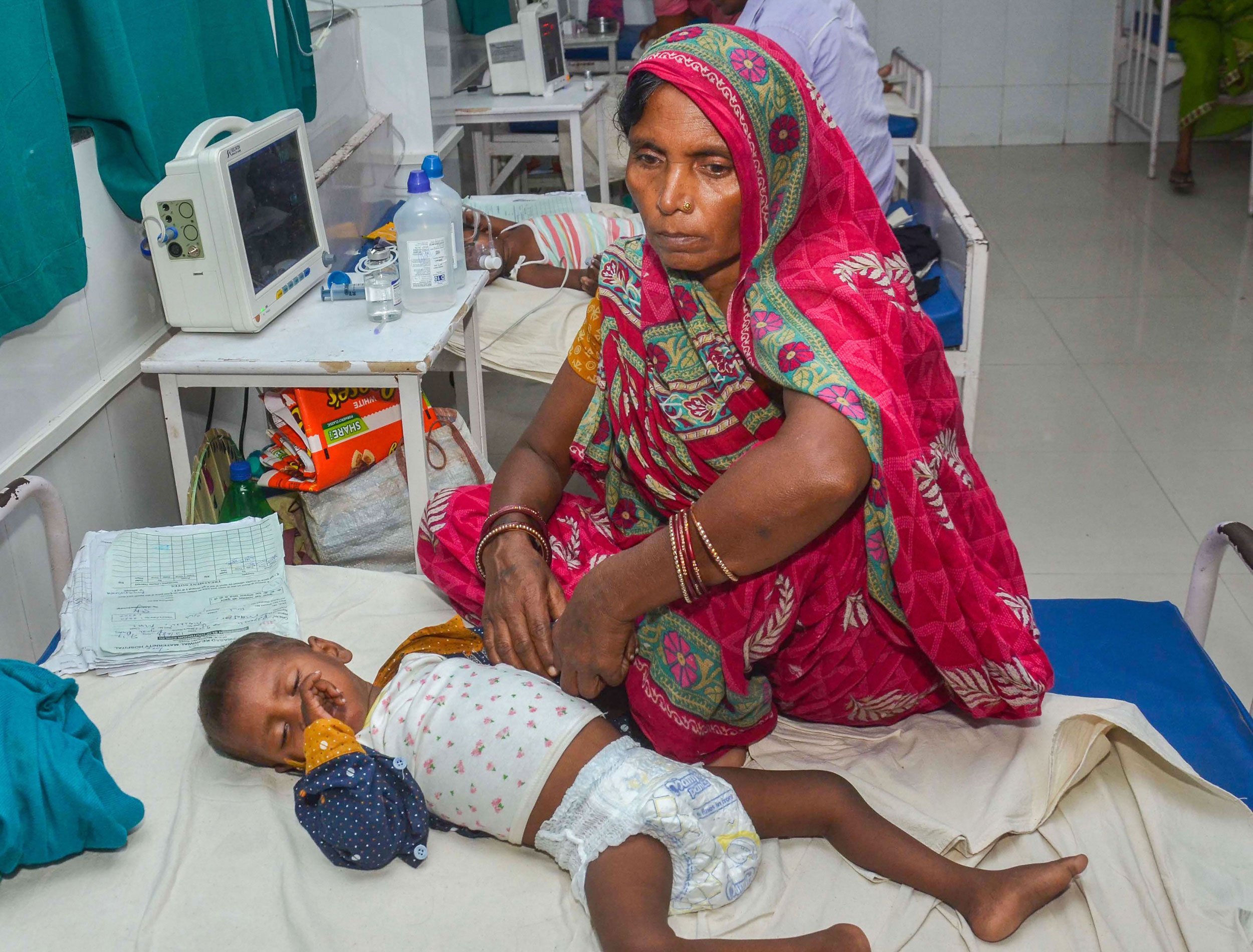 Sixteen children have died over the past month and a half while under treatment at Gorakhpur’s Baba Raghav Das Medical College for encephalitis, a type of brain disease that chief minister Yogi Adityanath recently claimed had almost been wiped out from his political fief.

A report sent to the health directorate in Lucknow said the patients who died were suffering either from Japanese Encephalitis (JE) or acute encephalitis syndrome (AES), an affliction that has already killed close to 150 children in neighbouring Bihar.

Adityanath, who held a meeting with officials at BRD Medical College on Saturday to review the situation, called for fresh initiatives to eradicate the disease from the region.

“The death rate has reduced drastically in recent years but we need to chalk out a new strategy to eradicate it completely,” a health officer quoted Adityanath as saying.

The chief minister also hoped that the treatment would be more effective once the under-construction AIIMS in Gorakhpur starts functioning by the end of next year.

“It (the disease) is spreading because of unhygienic conditions, open defecation and contaminated drinking water,” the BJP leader said while speaking to reporters later.

“We have got good results from our strategy of the previous years and managed to control JE and AES to a large extent. It is a continuous process,” he added but refused to answer any questions.

The affected areas are considered Adityanath’s fief. He had claimed recently that encephalitis had almost been eradicated in Gorakhpur, the epicentre of the disease for over two decades, and surrounding districts where thousands of children have died since 1998.

Adityanath, also the mahant of Gorakhnath temple, represented Gorakhpur in Parliament from 1998 to 2017 before he took over as chief minister.

According to the latest report of the health department in Gorakhpur district, 130 JE and AES patients were admitted to the hospital between May 1 and June 19. “The patients started dying from May 5. We have yet to count the deaths after June 19,” said a health department officer who didn’t want to be named.

“Adityanath has launched the Dastak programme, which would be started from July 1, to create awareness among people about encephalitis in Gorakhpur and adjoining districts. We will also conduct an encephalitis vaccination programme till July 25. But the fact remains that most encephalitis deaths take place in the month of June, when there is rain,” the officer said, adding that a vaccination drive should have been conducted in January and February.

For the record, parents of most patients in Bihar, including Muzaffarpur, where the AES outbreak has taken a heavy toll, would earlier rush to the medical college in Gorakhpur, around 300km away, because the BRD Medical College has a dedicated encephalitis ward.

This year, however, the Sri Krishna Medical College and Hospital in Muzaffarpur has been admitting most of the local patients.

Some parents in Muzaffarpur have alleged that the Gorakhpur hospital refused admission to their children this year.

An official at BRD Medical College denied the allegation.

When a reporter tried to ask Adityanath this question on Saturday, the chief minister walked away.