Election Commission waits for clarity on Jammu and Kashmir constituencies

The act, which will come into force on October 31, allows an Assembly only for Jammu and Kashmir 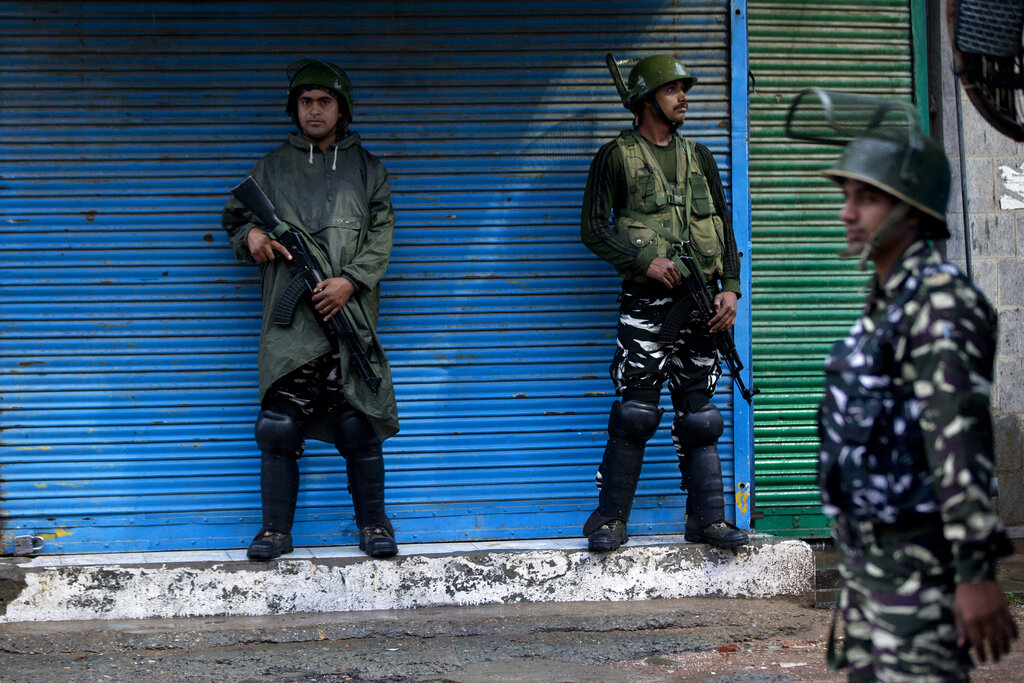 Election Commission officials brainstormed on the clauses for redrawing Jammu and Kashmir’s constituencies but are waiting to see what the government decides, apparently confused by the new reorganisation act that splits the state into two Union Territories.

At the panel’s weekly meeting on Tuesday, the officials sought to make sense of the Jammu and Kashmir Reorganisation Act, 2019, which, as one of them put it, says “different things” in “different parts”.

It had been discussed in both Houses of Parliament for a day each, after the home minister had already announced it, and was not subject to scrutiny by select committees or standing committees.

The official said Sections 60 and 63 of the act raise several questions.

Section 60 increases the number of Assembly constituencies in the Jammu and Kashmir Assembly from 107 to 114 and mandates the commission to reserve seats for Scheduled Castes and the Scheduled Tribes.

The number 107 does not include the four seats now in Ladakh and two nominated members.

To delimit the constituencies, the commission will have to “associate” itself with four associate members — either four MLAs or four MPs from the state — specified by the Centre.

Sub-section 60(5)(c) says that after the commission notifies the order or orders for delimitation, they “shall have the full force of law and shall not be called in question in any court”.

Section 63 says: “Notwithstanding anything contained in sections 59 to 61, until the relevant figures for the first census taken after the year 2026 have been published, it shall not be necessary to readjust the division of successor Union Territory of Jammu and Kashmir into Assembly and Parliamentary Constituencies….”

In 2002, the 84th constitutional amendment to Articles 82 and 170 of the Indian Constitution had extended the freeze on fresh delimitation until 2026 to motivate states “to pursue the agenda for population stabilisation”.

“As of now, the EC has not drawn any interpretation from the J&K Reorganisation Act,” the Election Commission (EC) official said. “Different parts of the act say different things. We will wait for what the home ministry has to say.”

After reports had appeared in June that the Centre was thinking of delimitation in Jammu and Kashmir, National Conference vice-president Omar Abdullah had said: “It appears that any de novo delimitation of Assembly constituencies in J&K now in 2019 would be a deviation from the delimitation freeze applicable all over the country under the Constitution of India.”

Asked about the matter, chief election commissioner Sunil Arora told The Telegraph on Tuesday: “The EC has still not received any formal communication on the issue.”

The 84th amendment also mandated the “readjustment and rationalization” of parliamentary and Assembly constituencies according to the 1991 census, without affecting the total number of seats allocated to each state and Union Territory.

The 87th amendment in 2003 mandated the readjustment of constituency boundaries according to the 2001 census.

Jammu and Kashmir — which had its own constitution allowed under Article 370 before the government last week scrapped the state’s special status — amended its Article 47(3) in 2002 to synchronise it with the 84th amendment.

This means the state’s existing constituency boundaries were decided by a Delimitation Commission in 1995 and don’t reflect the 2001 census data.

The EC source explained: “The 84th amendment applies to states and Union Territories existing at that time. Since then, Telangana has been formed, and now two Union Territories have been created. The Andhra Pradesh Reorganisation Act, 2014, increases the number of Assembly constituencies for Andhra and Telangana. But it also says in Section 26 that delimitation is subject to the provisions contained in Article 170 of the Constitution. Therefore, that (delimitation in Andhra Pradesh and Telangana) will take place only after the 2031 census.”

Twenty-four seats are allotted to “Pakistan occupied territory” — kept vacant under Section 48 of the state’s Constitution — and two nominated MLAs in the 113-member House.

Scheduled Tribes account for 11.91 per cent of the state’s population now, which Scheduled Castes make up 7.38 per cent. Seven Assembly seats are now reserved for SCs and none for STs.

The delimitation exercise is expected to take a few months and Assembly polls are unlikely to take place this year because of the state’s harsh winter.