ED's marathon raid on NewsClick and a telling cup story 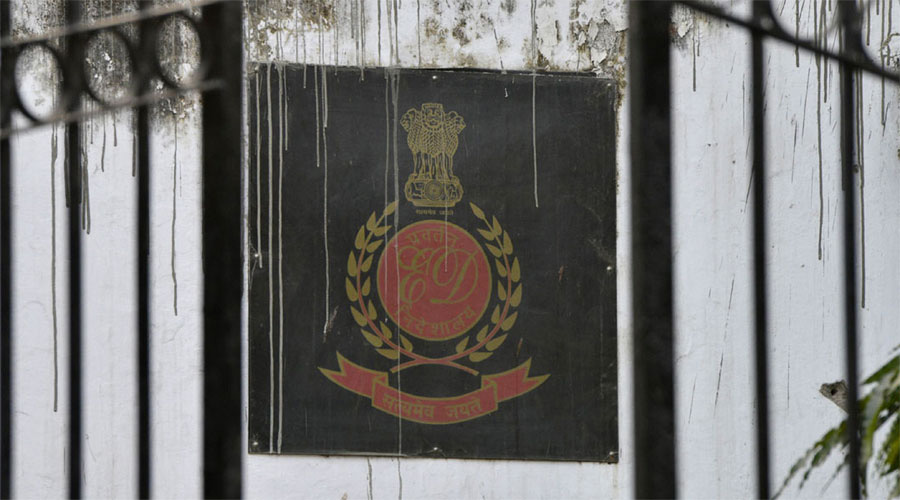 The ED had begun the raids as early as 8.15am on Tuesday at technology columnist Bappaditya Sinha Sinha’s home in Chittaranjan Park. Sinha was released at 1.30am on Wednesday.
File picture
Pheroze L. Vincent   |   New Delhi   |   Published 11.02.21, 01:26 AM

The Enforcement Directorate’s raid on the office of the NewsClick portal ended a little after 10.30pm on Wednesday, almost 37 hours after it began.

However, searches continued at the home of Prabir Purkayastha, the editor-in-chief of the portal that has investigated big business and extensively covered the farmers’ protests.

Purkayastha has been called to the ED office on Friday.

Editor Pranjal Pandey and HR head Amit Chakraborty have been allowed freedom of movement. Sources said ED officials have taken the phones and laptops of Pandey and Chakraborty as well as other electronic devices, including two hard drives, from their office and homes.

The agency is yet to publicly reveal the reason for the raids.

The ED had begun the raids as early as 8.15am on Tuesday at technology columnist Bappaditya Sinha Sinha’s home in Chittaranjan Park. Sinha was released at 1.30am on Wednesday.

In 2012, Patna High Court had held that continuous search and questioning by the income tax department for 36 hours amounted to torture and was a violation of human rights.

The ED works under the finance ministry and, like the income tax department, draws officers from the Indian Revenue Service.

Columnist Aunindyo Chakravarty, a consultant with NewsClick tweeted: “I have been making videos for @newsclickin for more than a year now. Used to visit its office every week till Covid came. It is so small that as a visitor, I felt I should wash the cup that I was given tea in. Obviously, such an organisation must be of great interest to the ED.

“I mean this quite literally. I saw everyone washing their cups and putting it back on the rack in a small kitchen. I too followed suit. It is cash-strapped and can’t afford to subscribe to video services. Yet, everything they produce is under creative commons for everyone to use.”

Sources said those questioned were given questionnaires by the ED. At least one person faced tangential queries and remarks on their proximity to the CPM and the movement against the new farm regime, the sources added.

Several of those investigated, including Purkayastha who was jailed during the Emergency, are associated with the CPM.

The raids drew widespread condemnation from journalists’ organisations, Left parties and civil society groups, including the BKU Ekta Ugrahan that leads the farmers’ movement. Their statements also drew parallels with the slew of cases filed against journalists covering the farmers’ protests.

The Editors Guild of India said: “In the recent past, the website has been at the frontline of reporting on the farmers’ agitation, the anti-CAA protests, and has been critical of various government policies and of a few powerful corporate houses. EGI is concerned that raids by government agencies are not used as coercive measures to suppress free and independent journalism. The Guild demands that care be taken to not undermine the news operations of NewsClick and that its journalists and stakeholders are not harassed under the garb of such measures.”

NewsClick said in a statement that the raids’ purpose appeared to be to cow down an independent voice.

“In the past, the income tax department, the ED, various central investigative agencies like the Central Bureau of Investigation and the National Investigation Agency have been selectively used in this manner against a range of people — from journalists to political leaders, to even farmers’ leaders…. The present raid at NewsClick appears to be on the same lines, and its purpose appears to be the same: to cow down an independent and progressive voice through a vindictive course of action.

“In the meantime, NewsClick will continue to report and record voices of the unheard and unseen people of India, and the world, who are struggling to build a life of dignity and well-being,” the portal added.