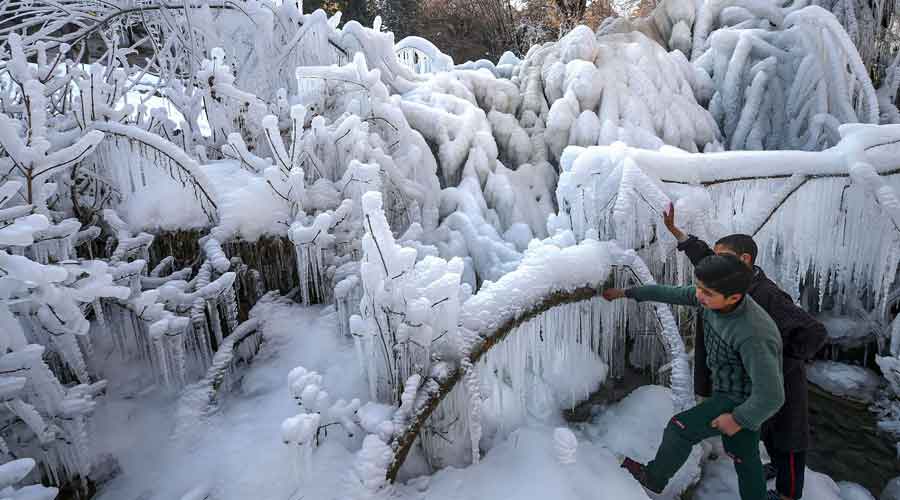 The seven-party People’s Alliance for Gupkar Declaration, fighting for the restoration of Jammu and Kashmir’s special status, was winning or leading in 110 of the 280 seats across 20 districts by Tuesday night in the maiden District Development Council elections in the Union Territory.

The BJP was winning or leading in 75 seats, including three in the Kashmir Valley.

The Gupkar Alliance, whose formal name is the Jammu and Kashmir People’s Alliance for Gupkar Declaration (JKPAGD), had 35 wins or leads in Jammu. The alliance includes the National Conference and the People’s Democratic Party (PDP).

The outcome of the local polls was being dissected in New Delhi to answer questions as weighty as “is it a win for democracy?” and “is it a vote for the abrogation of the key provisions of Article 370” that conferred special rights on Jammu and Kashmir?

Is it a vote for the revocation of special rights?

No, if the early results are any indication. The Gupkar Alliance, formed for the specific objective of restoration of the special status, is headed to form councils in 13 of the 20 districts if the Congress offers it support, the BJP in five while two others could go either way.

The Gupkar Alliance’s victory is seen as a rebuff to the Narendra Modi government, which has called the axis a “gang” and its leaders “anti-nationals” and “looters”.

Union home minister Amit Shah had last month claimed that the “Gupkar gang” was “going global”. “They want foreign forces to intervene in Jammu and Kashmir. The Gupkar gang also insults the Tricolour,” he had said.

If the polls are being projected as a referendum on the abrogation, the results will have to be seen as the first public expression of anger against the scrapping of Article 370 provisions and a snub to the BJP’s “all-is-well” narrative.

Alliance leaders said the verdict should force the Centre to rethink its decision to cancel the special status.

“The DDC results have made it clear that people of J&K voted en masse for @JKPAGD thus rejecting the unconstitutional decision to abrogate Article 370. They have overwhelmingly supported @JKPAGD which stands for restoration of J&Ks special status. The trends that have emerged in the DDC polls in J&K are very encouraging for the @JKPAGD,” former chief minister and PDP leader Mehbooba Mufti tweeted.

National Conference leader and former chief minister Omar Abdullah said the BJP had made the election a “prestige issue about Art 370 & J&K’s special status”. “The people have now spoken & it’s for those who believe in democracy to pay heed to these voices,” he tweeted.

Is it a victory for democracy?

An election conducted in peace and with fairness is a victory for democracy. But the situation on the ground was far from ideal.

Consider the odds against which the Gupkar Alliance fought the elections:

⚫ The Gupkar Alliance faced a hostile administration that denied its leaders a chance to campaign freely.

⚫ Its candidates were “locked up” in the name of their security and some of its leaders were named in alleged scams in the midst of elections, arrested or put under house arrest on one pretext or the other. But PDP chief Mehbooba’s key aide Waheed-ur-Rahman Para, a DDC candidate who was arrested days ahead of the contest in a militancy-related case, won comfortably in Pulwama. Mehbooba has accused the agencies of falsely implicating him.

“The @JKPAGD is an alliance that emerged out of the betrayal of the people of J&K on 5th Aug 2019. We have faced every obstacle — illegal detentions, agency threats & pressures, our candidates were locked up to stop them campaigning & from all this we are emerging victorious,” Omar tweeted.

*The Congress ditched the alliance at the eleventh hour following the BJP’s accusations that it was joining hands with “anti-nationals”, ending up splitting the anti-BJP votes at many places. The Congress was winning or leading in 27 seats.

Only 33 per cent of the electorate in Kashmir voted — not a healthy sign for democracy. The turnout not only reflected the sullen anger at New Delhi but also the mistrust with which large sections of the population view the Gupkar Alliance. In Jammu, the voting percentage was 68.

How did the BJP win seats in the Valley?

At many places, the parties in the Gupkar Alliance worked at cross-purposes and are believed to have fielded proxy candidates against the official nominees. This explains how the BJP managed to open its account in the Valley.

For instance, in Pulwama’s Kakapora, where the BJP candidate bagged 365 votes and won, the PDP nominee got 326 votes but a candidate believed to be a proxy of the National Conference won 178 votes.

The BJP appeared to be drawing solace from the win in three seats — out of 140 in the Valley. The BJP’s Jammu and Kashmir general secretary and Kashmir in-charge Vibodh Gupta claimed that it was proof that the people in the Valley had shown faith in Prime Minister Narendra Modi’s vision of a “new Kashmir”.

“The BJP’s maiden victories in DDC elections speak of two stories — one, a tough fight by the BJP and the other of conveying a strong message to the Gupkar gang that the end of their communal politics and divisive politics is near,” he said.

Omar, however, wondered why the alliance’s wins in Jammu were being ignored.

“I understand the temptation to overplay the 3 seats the BJP has won in the Valley but why underplay the 35 wins/leads of the @JKPAGD in Jammu province? We aren’t Kashmir-based parties, we are political parties with strong support in both Kashmir AND Jammu,” he tweeted.

Message from polls: Kashmir before religion