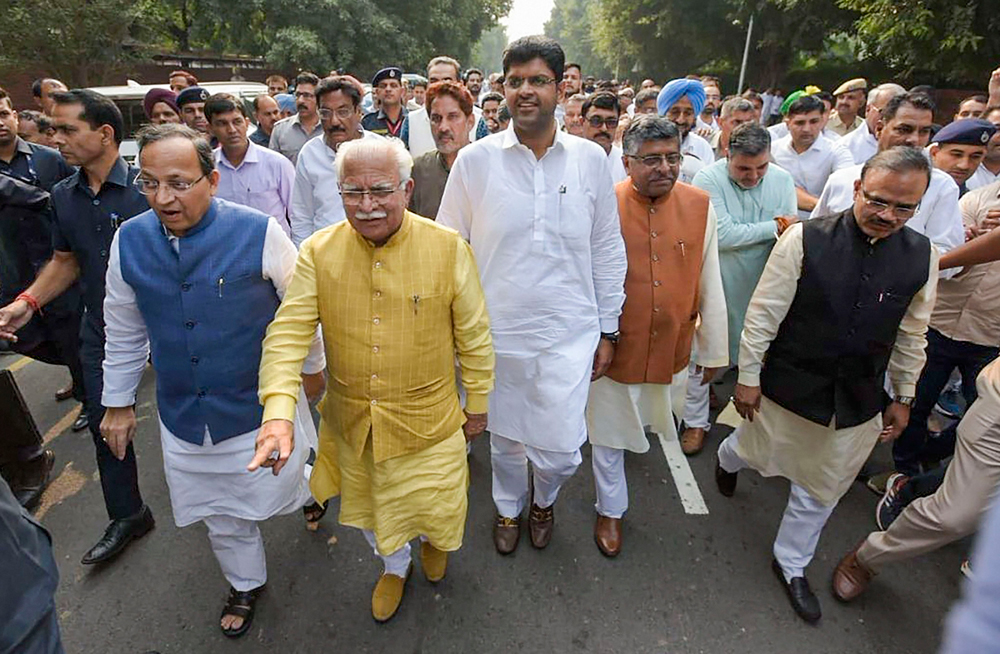 Ajay Chautala, the father of Jannayak Janta Party leader Dushyant Chautala, walked out of Tihar Jail on furlough a day after his son allied with the BJP that allowed the national party to reach majority and form a government in Haryana.

Dushyant will take oath as deputy chief minister in the Manohar Lal Khattar-led government on Sunday.

Immediately after the senior Chautala's furlough was announced, jokes of a trade-off started doing the rounds of Twitter.

Jail authorities, however, tried to explain that Ajay's furlough was already scheduled. He will leave Tihar on Sunday and had been granted a two-week furlough, director-general (prisons) Sandeep Goel said.

Ajay has been in jail along with his father and Haryana former chief minister Om Prakash Chautala since 2013. The two along with 53 others, including two IAS officers, were convicted for corruption in a teachers’ recruitment scam.