Advertisement
Home / India / Murmu as President will be a matter of pride for country: Maha CM Shinde

Murmu as President will be a matter of pride for country: Maha CM Shinde 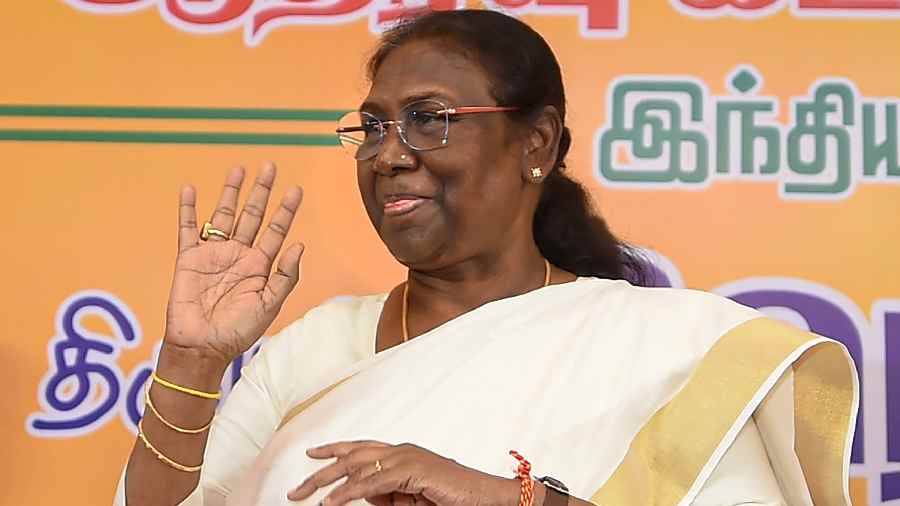 Maharashtra Chief Minister Eknath Shinde has said it is a matter of pride that Droupadi Murmu, a tribal community member, has been nominated for the post of the country's President.

Shinde was talking to reporters here on Wednesday after holding a couple of meetings at the Thane district collectorate.

"Prime Minister Narendra Modi has given an opportunity to Murmu to become the country's President. It is a matter of pride and honour. I am also proud that a tribal community member has been nominated for the post," he said.

The presidential election will be held on July 18.

Asked about a photograph of him with NCP chief Sharad Pawar going viral on social media platforms, Shinde said he had not met the veteran politician recently and the picture was not a recent one.

Shinde said after becoming the CM, he had not met Pawar.

The CM further said Pawar is a big leader in the state and the country, and wondered what is wrong in meeting him.

"I have met him on earlier occasions. As the chief minister, I can meet him anytime," he added.

Shinde had also said rumours were spread that he had met Pawar on Tuesday.

"My photo with NCP chief Sharad Pawar is being made viral. There was no such meeting. Please don't believe in rumours," Shinde tweeted on Wednesday.