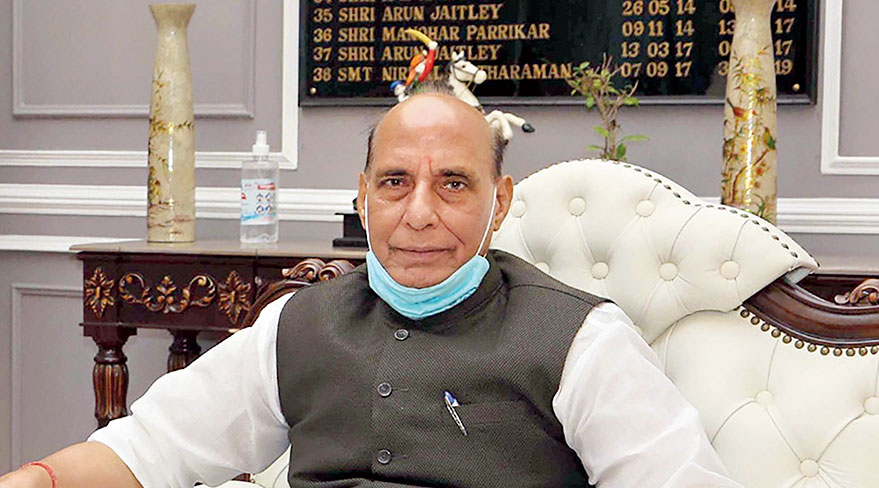 Congress veteran and former Union minister P. Chidambaram suspects the presence of “a Chinese mole” in the defence ministry and has hinted at a conspiracy to oust Rajnath Singh from the sensitive department.

“That single statement damaged Rajnath Singh (people ask, did the Ministry and the Army fail to act on the intelligence inputs and allowed the Chinese to bring troops and equipment and cross the LAC?) That statement also exposed Prime Minister Narendra Modi’s famous declaration that ‘no one intruded into Indian territory and no one is occupying Indian territory’. I suspect there is a Chinese mole in the Defence Ministry!”

Chidambaram’s comments came in the context of a report on the defence ministry website acknowledging that the Chinese had “transgressed” into eastern Ladakh. It was removed within hours after Opposition politicians portrayed it as government confirmation that Modi’s no-intrusion stand was false.

Chidambaram, a former finance and home minister who knows the system inside out and tends to weigh his words, tagged the tweets to the Prime Minister, indicating his remarks were more than a political jibe by an Opposition leader.

It’s no secret that Rajnath, like Nitin Gadkari, is not a member of Modi’s inner circle.

Rajnath, home minister in Modi’s first term, was shifted to defence during the second so that Amit Shah could be home minister.

Modi and Shah have consolidated their grip on the BJP since then, leaving no one in the party in any position to even offer resistance, let alone mount a challenge, to them.

Congress spokesperson Ajay Maken was asked on Thursday whether the party suspected any conflict between the Prime Minister’s Office (PMO) and the defence ministry that may have resulted in the report being uploaded and later removed.

Maken said: “I will only say there could be a lack of coordination.”

Chidambaram has now upped the ante by suggesting a conspiracy.

From the outset, several statements from the defence ministry and the PMO had seemed to be at odds on the question of Chinese intrusion.

Rajnath had said on June 2 that the Chinese troops had come in “significant” numbers, only for the Press Information Bureau, the government’s publicity arm, to clarify the next day that the defence minister hadn’t meant that the Chinese had crossed the Line of Actual Control. It’s unusual for the PIB to all but contradict a senior minister.

On June 17, Rajnath had referred to negotiations to solve the standoff. Two days later, on June 19, the Prime Minister said that nobody had entered Indian territory.

Modi and Rajnath appeared to be on different pages even during their visits to Ladakh in July.

While the Prime Minister avoided any mention of intrusion and desisted from naming China while criticising “expansionism”, Rajnath said he was hopeful about the progress of the negotiations but could give no “guarantee”.

Then, on Wednesday, popped up the report on the defence ministry website confirming the intrusion before being hastily pulled out on Thursday.

“It was taken down this morning following instructions from the top brass as it could have triggered a political controversy,” a defence ministry official had told The Telegraph on Thursday.

“Somehow, it had escaped us that its content did not match the Prime Minister’s earlier statement,” he had added.

However, the external affairs ministry has been far more candid about the Chinese intrusion, citing Chinese efforts to erect structures “on our side of the LAC” and speaking of disengagement even after Modi’s no-intrusion claim. 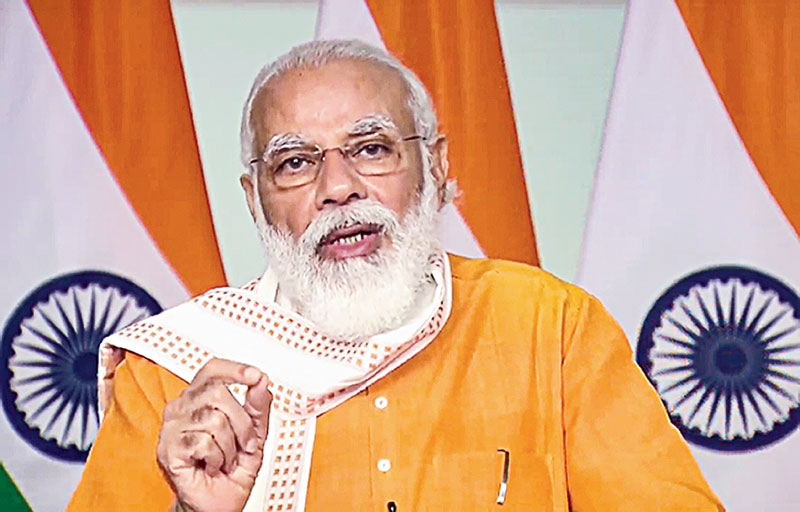 The Congress on Friday accused the BJP of hiring controversial Chinese companies to bolster its 2019 election campaign.

“UCWeb Mobile got banned in July this year (when the government banned 59 Chinese apps amid the border standoff). In 2019, according to the expenditure report submitted by the BJP to the Election Commission, they hired this company to run their campaign,” Congress spokesperson Pawan Khera said at a news conference.

“It is the same Alibaba-owned company — UCWeb Browser — which was also red-flagged by the Modi government in 2017 for sending crucial data of Indians to China.”

Mobile Internet company UCWeb is a subsidiary of the Alibaba Group and has developed the UC Browser.

“What was the compulsion of involving the same company for elections which you had red-flagged two years ago?” Khera said.

“There is another company called Gamma Gaana Limited. Po Shu Yeung, one of the directors of this company, is also the director in 10c India Pvt Ltd. Gamma Gaana Ltd is funded by (Chinese company) Tencent. Last month, the government banned it saying the company was directly connected with the PLA (China’s People’s Liberation Army, now locked in a standoff with India’s army). This company too was used by the BJP in the 2019 Lok Sabha elections.”

Khera added: “The third company, called SHAREit Technology, has an App called SHAREit which was banned by the government last month for being a threat to the ‘sovereignty and integrity of India’. It was also hired by the BJP in our elections last year.

“We have seen evidence of the excellent relations between China and the RSS, the Prime Minister and several outfits and foundations with the BJP. But to involve companies closely linked to the PLA in our elections comes as a shock to every single Indian.”