Doctors call for nationwide protest over Ramdev’s remarks on allopathy 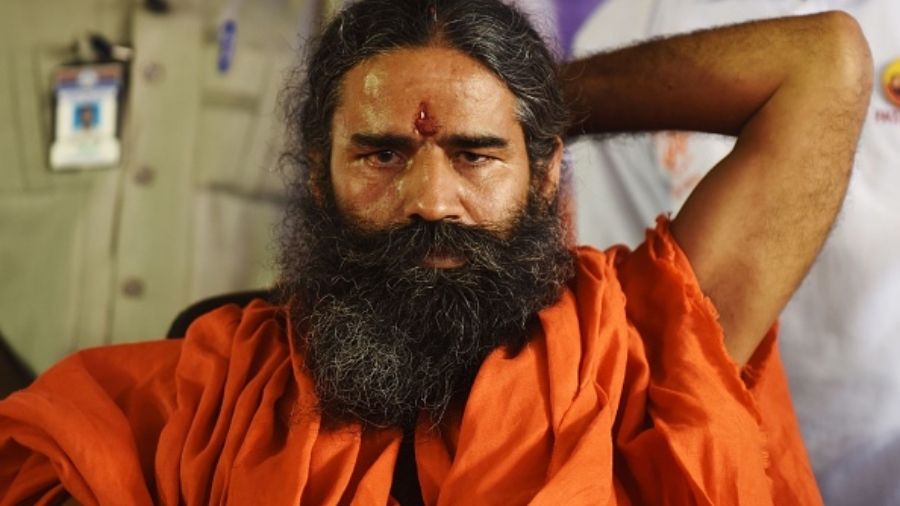 Calls for Ramdev's arrest have come after he called allopathy a “stupid science” and alleged that lakhs had died after taking allopathic medicines for Covid-19.
Getty Images
Our Bureau, Agencies   |   New Delhi   |   Published 29.05.21, 07:48 PM

Upset over Yoga guru Ramdev's remarks on allopathy, members of the federation of resident doctors' associations on Saturday said they will hold a nationwide protest on June 1 and observe it as a 'black day'.

In a statement, the federation has also sought an "unconditional open public apology" from Ramdev.

A controversy had erupted after he was heard questioning some of the medicines being used to treat the coronavirus infection and saying that "lakhs have died from taking allopathic medicines for Covid-19".

The remarks were met with vociferous protests, following which Union Health Minister Harsh Vardhan asked him to withdraw the "extremely unfortunate" statement.

On Sunday, Ramdev was forced to withdraw a statement.

A day later, the yoga guru posed 25 questions to the Indian Medical Association (IMA )in an 'open letter' on his Twitter handle, asking if allopathy offered permanent relief for ailments.

On Wednesday, however, Ramdev said no one had the guts to arrest him, his declaration coming on a day the Indian Medical Association appealed to the Prime Minister to book the “owner of Patanjali products” on sedition charges for “spreading fear” against Covid vaccination.

“Arrest to kisi ka baap bhi nahin kar sakta Swami Ramdev ko, lekin shor macha rahe hain (Not even someone’s father can arrest Swami Ramdev, but they are making a noise),” he told reporters in Haridwar, when asked about the #ArrestRamdev campaign on Twitter.

“They are demanding my arrest. Sometimes they call me a thug or maha-thug. It doesn’t matter to me. I have become used to such things,” Ramdev said.