The Central Drugs Standard Control Organisation approved molnupiravir for subsets of patients, but a clinical task force has not introduced it into treatment guidelines yet 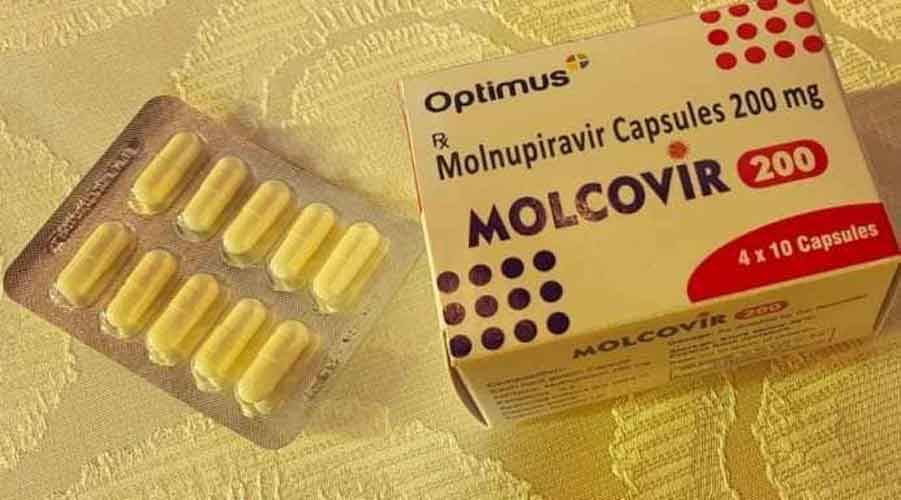 Contradictory advice from two wings of the health ministry on whether the antiviral drug molnupiravir should be prescribed to Covid-19 patients could leave doctors and patients befuddled, medical experts have said.

The Central Drugs Standard Control Organisation (CDSCO), the country’s drug regulatory authority, has approved molnupiravir for subsets of Covid-19 patients, but a clinical task force has not introduced it into Covid-19 treatment guidelines yet, citing safety concerns.

“This drug has major safety concerns,” Balram Bhargava, director-general of the Indian Council of Medical Research (ICMR), the apex health research agency, said on Wednesday, a week after the CDSCO had approved the drug, allowing multiple domestic companies to market it.

The drug’s developers, however, have said they are confident about the clinical profile of molnupiravir, which has demonstrated “a significant reduction” in the risk of hospitalisation or death in clinical trials with no observed safety concerns.

The health ministry had on December 28 announced the CDSCO’s approval to molnupiravir as a treatment in the early stages of the infection in adults with a high risk of progression of the disease towards hospitalisation or death.

“We provided relevant information as requested to help the DCGI (drugs controller-general of India, the chief of the CDSCO) to determine the most important use of molnupiravir in India,” drug manufacturer MSD India (known as Merck in the US and Canada) said in a statement on Friday.

Medical experts said the ICMR task force’s decision to not include molnupiravir in the Covid-19 treatment guidelines despite the CDSCO’s approval marks the fourth time since the start of the pandemic that policy-makers have disagreed on medicines for use against the disease.

“It is unfortunate, but the right hand does not seem to know what the left hand is doing,” said Shri Prakash Kalantri, professor of medicine at the Mahatma Gandhi Institute of Medical Sciences, Wardha, about the contradictory advice from the two agencies.

The clinical trial on molnupiravir had involved roughly 1,400 patients. Kalantri said any rare adverse effects would show up only when the number of patients who had received the medicine increased “quite substantially”.

“Covid-19 is a mild illness in the majority of patients. Only a few patients progress to severe disease,” Kalantri said. “I estimate that we would need to prescribe the drug to 33 patients to keep one patient out of hospital. The safety concerns are theoretical concerns for now, but we need to be cautious.”

Scientists at the University of North Carolina in the US had last year published a study that said that while molnupiravir’s by-product — a chemical named NHC — has high antiviral activity, it also displays “mutational activity” in mammalian cells.

But some experts have also questioned the ICMR’s mode of challenging the CDSCO decision.

“The CDSCO is the drug regulator and the ICMR is the research agency. The ICMR does not have the authority to approve or deny approval of drugs,” said Chandra Gulhati, a pharmacologist and editor of the Monthly Index of Medical Specialities, India.

“If the ICMR has reservations or concerns about the approval of any drug, it should take up the issue with the CDSCO which, in any case, has relied on experts’ advice while considering approval of new drugs such as molnupiravir,” Gulhati said.

Under the contradictory advice, experts say decisions on whether to prescribe molnupiravir will likely be influenced by drug companies.

“Who follows treatment guidelines? Possibly only in our government hospitals and major, reputable hospitals,” said a physician at a government institution.

Gulhati said India lacked an institution like the National Institute of Clinical Excellence in the UK that formulates treatment guidelines on various diseases, including Covid. “In India, attending physicians make decisions on the best option of treatment,” he said.

The national Covid-19 treatment guidelines do not include at least three other drugs approved by the CDSCO — favipiravir, itolizumab and 2DG — over the past 20 months.