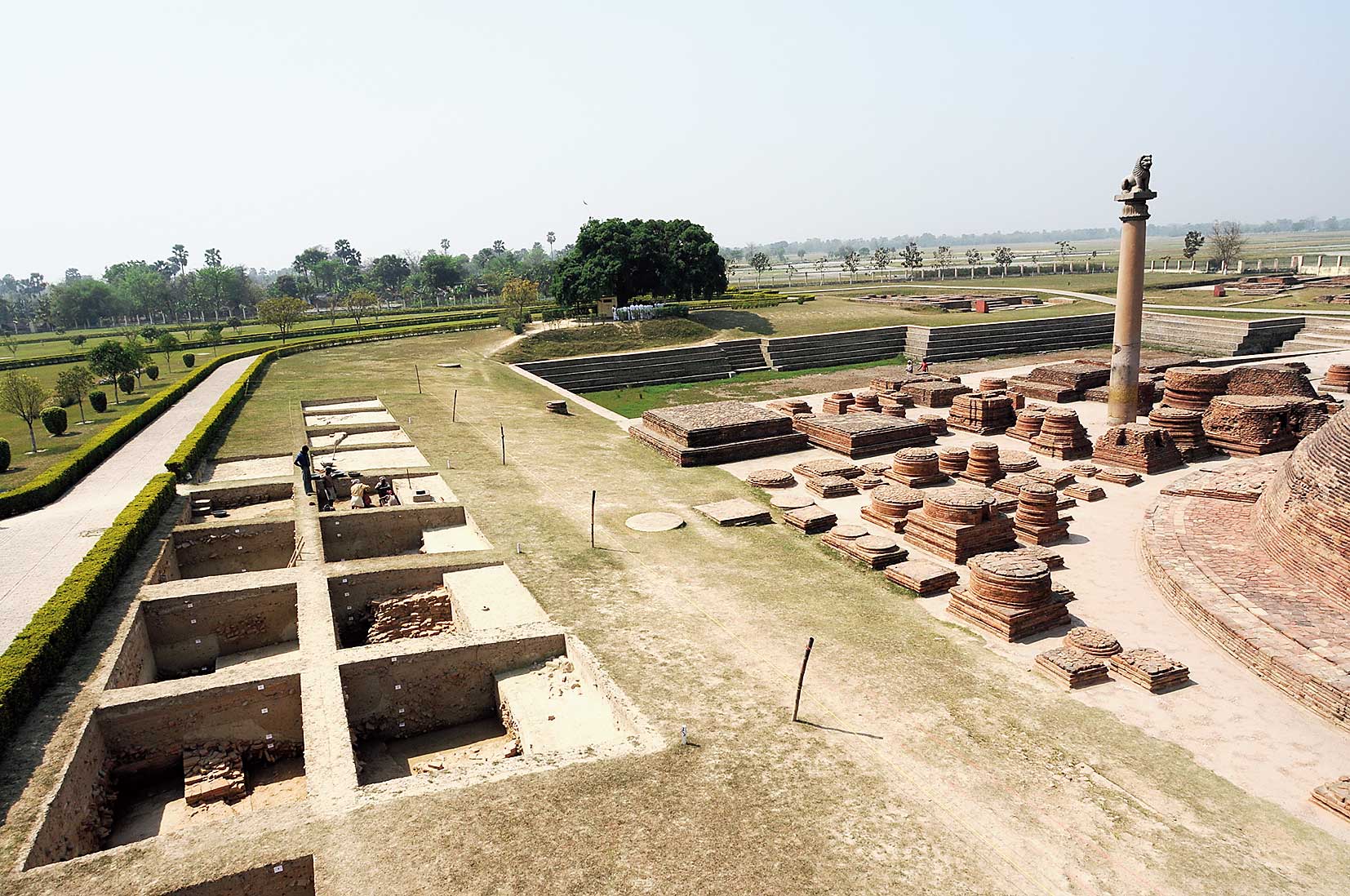 A great deluge that wreaked havoc on vast swathes of what is now Bihar and Uttar Pradesh around the middle of the sixth century AD may have led to the downfall of the once mighty Gupta Empire, says a new research based on archaeological evidence spanning decades.

Until now, historians have come to believe that the end of the Gupta Empire, which reigned over what is now called India’s Golden Age from around AD 300 till about AD 550, was caused by socio-economic factors. The decline of the Guptas also severely impacted a flourishing Buddhism, relegating it to the background for several centuries in the country.

Gupta period while visiting various archaeological sites in Bihar and Uttar Pradesh, and focusing on it despite the fact that the sites are located in the middle of the Gangetic flood plains.

“My research picked up pace after I visited Balirajgarh in Madhubani district, a site that has been partially excavated so far by the ASI in 2014. The site had a 7-metre-high fortification without any gap and people in the ancient times accessed it through a ramp. To my surprise, silt had crossed such high ramparts and around 1.7 metres of it was deposited inside. Just imagine how high the floods would have been to cause it and what would have happened to human settlements outside the fortification,” Sharma told The Telegraph.

Similarly, the Kolhua stupa site in Vaishali district shows silt deposits of 1 metre to 1.5 metres, while the Chaumukhi Mahadev site in the same district had silt deposits of 2.5 metres. Panr site in Samastipur had a deposit of over 1 metre. There is evidence of high silt deposits at Kumhrar site in Patna too.

“There was no cultural occupation (proper civilisation) at the sites for several hundred years after. The populated areas were deserted. The growth achieved in the second urbanisation that had started in this region around 600 BC, centuries after the first urbanisation brought by the Harappan civilisation, was completely lost,” Sharma said.

Shanker Sharma points out the thick silt deposit over a chance discovery of a ring well belonging to the Gupta age.
Picture by Shanker Sharma

The archaeologist also asserted that the deluge dealt “a death blow to the Gupta Empire” that gathered its strength from Bihar region and ruled over a vast stretch from eastern India to northern and western India.

Explaining the sudden decline of Buddhism around that time, Sharma said none of the Buddhist sites such as Kesaria, Lauria Nandangarh, Rampurva, Lauria Areraj and others survived the devastating flood.

“The Kolhua Buddhist monastery in Vaishali district was found buried under heavy silt,” he added. “Buddhist monasteries that were at a height survived the deluge, but with their support system in the form of residential areas and villages gone, they also declined rapidly.”

The archaeologist, who is currently in charge of Nalanda Museum in Bihar, said the research is corroborated by travelogues of two Chinese pilgrims who visited India at a gap of two centuries.

Chinese Buddhist monk Fa Hien (Faxian) came in AD 399 during the reign of Chandragupta II and has described the prosperity of people and the glory as well as splendour of a large number of Buddhist monasteries in Patliputra, Vaishali and adjoining regions.

Another Chinese traveller and monk Hiuen Tsang (Xuanzang) visited India around AD 630 during the reign of Harshavardhan and he found the monasteries in Patliputra, Rajgir, Vaishali and Kesaria deserted. Sharma has quoted from Hiuen Tsang: “…The Buddhist establishments, of which there were some hundreds, were with the exception of three or four, dilapidated and deserted, and the brethren were very few.”

“From the archaeological perspective, it can be assumed from the contextual analysis of the cultural deposits, as well as occupational layers which are identical in nature found at various sites, that heavy rain-borne activities like flood occurred between the visit of the two Chinese pilgrims,” Sharma has written in his research paper.

Buddhism remained in the background for centuries in the area where it was born, but survived in southern and western parts of India. It made a comeback in eastern India and flourished again till the Pala period around the end of the 12th century.

On the other hand, veteran historian Vijay Kant Thakur in his book Urbanisation in Ancient India (1981) has pointed out that the sites in the Ganga valley were destroyed by flash floods.

Archaeologist M.K. Dhavalikar in his book istorical Archaeology of India (1999) has also said that the Gupta Empire declined as a consequence of adverse environment.

Sharma is now moving a proposal through the ASI for a multi-disciplinary probe into his research. It will include paleo-botanical experts, paleo-archaeologists, radio carbon dating of sites, geo-morphological data, pollen analysis, and various other scientific approaches.

“We need to find out how and why such deluge happened. Was there extreme rainfall or did any river get dammed due to landslides and then burst out to sweep the plains of Bihar and Uttar Pradesh? Did the rivers flowing in the area change their course due to an earthquake? These are the questions that need answers,” Sharma said.

Asked about Sharma’s research, Kishan Chand Nauriyal, a former ASI director who is working as an excavation and conservation specialist with the Bihar Vikas Mission, said: “The hypothesis could be correct or could be a part of more complex situation that led to the decline of the Gupta Empire. It is a technical matter and needs to be scrutinised intensively.

“Such water-borne deposits have been found at many other places in the country; for example archaeologist B.B. Lal found silt deposits during excavations of Hastinapur in Uttar Pradesh in 1950-52,” Nauriyal said. “Several

such findings have been reported and it will be difficult task to correlate them. I won’t be able to say much on the issue until I myself visit the places and see them.”

A world of meaning in the name Ashok