The arrested, Meeran Haider, is the president of RJD youth wing''s Delhi unit 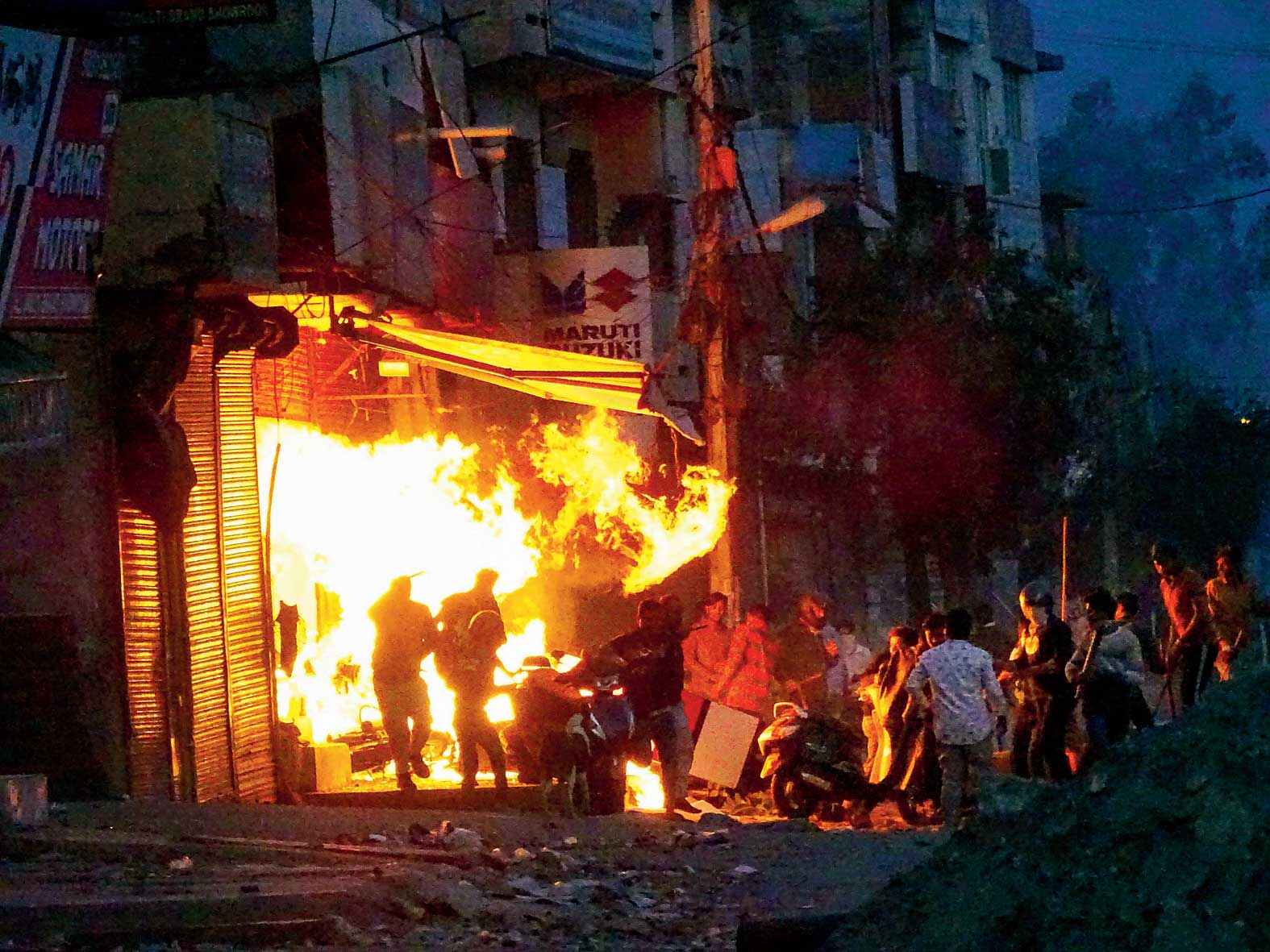 Rioters set ablaze a shop in northeast Delhi. Chhatra RJD unit of JNU had demanded the release of Meeran Haider and said the police should become ''people-friendly'' and not scare people.
PTI
PTI   |   New Delhi   |   Published 03.04.20, 11:37 AM

A Delhi court has sent a student of Jamia Milia Islamia, arrested for allegedly hatching a conspiracy to incite communal riots in northeast Delhi, to three days police custody, said a lawyer.

Meeran Haider (35), a PhD student at Jamia, is the president of RJD youth wing''s Delhi unit.

Metropolitan mgistrate Prabhjeet Kaur sent Haider for custodial interrogation after the police said it was required to unearth larger conspiracy in the case related to the recent communal violence in north east Delhi over the Citizenship Amendment Act, said the lawyer privy to the matter.

Rajya Sabha MP and RJD leader Manoj Jha had tweeted, 'Delhi Police called him for investigation and then received orders from above and arrested Meeran Haider, who has been helping people during the time of coronavirus outbreak.'

Chhatra RJD unit of JNU had also demanded the release of Haider and said the police should become ''people-friendly'' and not scare people.

The Jamia Coordination Committee (JCC), a group comprising students and alumni from the varsity, had condemned the arrest and demanded his immediate release.

'The country is facing a massive health crisis, however, the state machinery is busy harassing and framing student activists in false cases to suppress voices of dissent,' they said.

The JCC said Haider was diligently working to provide ration to the needy during the lockdown.