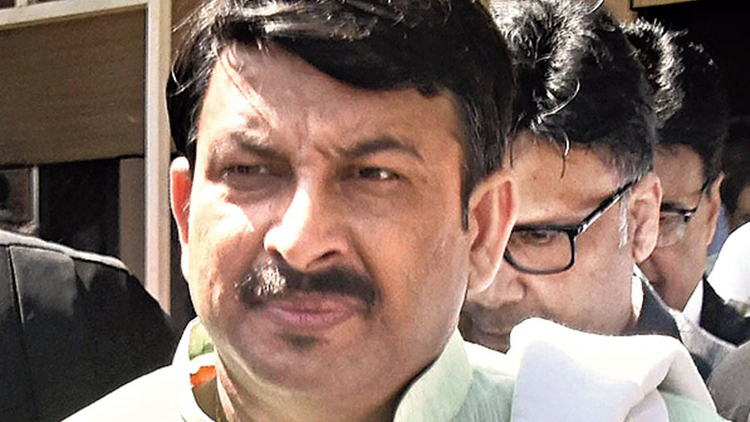 The violence in Delhi has largely been concentrated in areas that the BJP managed to win in the recent Assembly elections on the back of a vicious and polarising campaign led by Union home minister Amit Shah.

Five of the eight seats the BJP won in the 70-member Assembly fall in northeast Delhi where rioting took place.

The Delhi Northeast seat is represented in the Lok Sabha by the BJP’s state president, Manoj Tiwari.

“The communal polarisation in these areas had worsened in the run-up to the election as several BJP leaders had delivered hate speeches. The seeds of hatred were sown then and it was waiting to erupt. The provocative statements by BJP leader Kapil Mishra on Sunday only stirred the communal pot already simmering for nearly a month,” a retired Delhi police commissioner told The Telegraph.

All these areas fall in the Assembly constituencies of northeast Delhi that the BJP won.

The BJP had won the Assembly seats in Ghonda, Karawal Nagar, Gandhi Nagar, Rohtas and Vishwas Nagar in the northeast.

Badarpur in the southeast, Rohini in the northwest and Laxmi Nagar in the east bordering northeast Delhi account for the remaining three seats of the BJP.

“The communal violence shows a clear pattern. The worst-affected areas are all located in the Karawal Nagar, Ghonda, Rohtas and Gandhi Nagar Assembly constituencies,” the retired officer said.

On January 27, it was from Baburpur that Shah had urged voters to press the EVM button with such “anger” that the “current” was felt at Shaheen Bagh, the venue of the longest women-led vigil against the new citizenship tripod. Baburpur is now one of the riot-hit areas in northeast Delhi.

An IPS officer posted in North Block, the seat of the home ministry, said Delhi police’s role in the entire episode had been dubious and partisan.

“Several disturbing videos have come up showing policemen purportedly aiding and abetting the violence. In many cases they are seen watching murderous mobs running amok, while in some cases they are even participating in the violence. Common people have completely lost faith in the police force,” the officer said.

Civil rights activist Rakesh Sharma said the riot was a planned act as northeast Delhi held an important place in the BJP’s scheme of things. He said the area had a large number of purvanchali voters, mostly migrant labourers from Bihar.

“The targeted violence against the minority community was also aimed at scoring brownie points ahead of the Bihar elections later this year. Core BJP voters wanted some action on the ground against anti-CAA protesters…. The bloodthirsty crowds have now delivered,” the officer said.

Muslims and their Hindu neighbours on Wednesday collected brunt pages of the Quran outside a mosque that was vandalised on Tuesday. The brunt pages were later buried in a nearby graveyard to ensure it is not desecrated.

A group had climbed the minaret and planted a saffron flag and the Tricolour on Tuesday afternoon. Later, parts of the mosque were torched in Ashok Nagar, one of the worst-affected areas.

Residents in Jaffrabad said Hindu neighbours had protected Muslims. “It is very reassuring that Hindus have been giving shelter to Muslims and also patrolling some pockets along with us to ensure the rioters don’t enter from outside and attack our households. We are very thankful to them for showing heart and humanity in these divisive times,” said Faizal Khan, a resident of Jaffrabad.

Four Muslim families who were hiding in Hindu households in Mustafabad were escorted by police after being alerted by the majority community.

Delhi police said on Wednesday no untoward incident was reported, and drones were being used to keep an eye on rooftops. “We have registered 18 FIRs and arrested 106 miscreants for creating law and order problems,” said M.S Randhawa, Delhi police spokesperson.

Accounts by Delhi police sources and eyewitnesses suggest the rioters did not appear to be local people and may have been brought from outside.