The former SC judge said the manner in which multiple FIRs were lodged, and the way Devangana was arrested, were unheard of in Indian judicial history 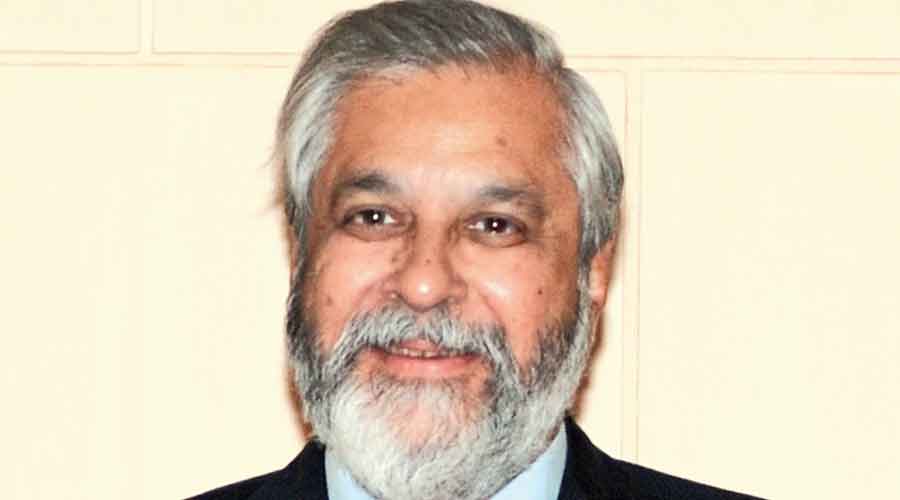 The former Supreme Court judge, Justice Madan B. Lokur, has castigated Delhi police for “violating every canon of natural justice and fair play” in dealing with student anti-CAA activists Devangana Kalita, Natasha Narwal and Asif Iqbal Tanha, who were recently freed on bail.

Justice Lokur told The Telegraph on Wednesday that the manner in which multiple FIRs were lodged against the accused, and the way Devangana was arrested from a virtual courtroom on May 24 last year, were unheard of in Indian judicial history.

“Except as witnessed in the Amitabh Bachchan starrer Shahenshah (where the villain gets ‘accidentally’ hanged to death inside a courtroom),” he added, drawing on Bollywood to emphasise the absurdity of the situation.

Devangana, arrested on May 23 last year, had been granted bail during an online hearing on May 24 when she was immediately arrested in another case.

Justice Lokur also highlighted how the prosecution had given the accused copies of the 19,000-page chargesheet in pen drives even though they could not access computers in jail.

“Clearly and obviously, the dice was heavily loaded against the three accused.... They had to fight the bail application with their hands virtually tied behind their back against an ‘armed’ prosecution,” said Justice Lokur, who had written an opinion article on the issue in the news portal The Wire on Tuesday.

The retired judge, known for his liberal views on constitutional rights, had last September openly spoken out at a webinar against the State’s crackdown on dissent.

He had deplored how free speech was being tackled with an “iron hand” and thousands, including young students, who had spoken out against the government were being jailed and accused of sedition — a charge once invoked against freedom fighters.

On Wednesday, Justice Lokur criticised the Delhi police for adding case after case against the three students to keep them in jail.

All three had been arrested in May last year and charged with inciting the February 2020 Delhi riots through their participation in protests against the new citizen regime.

But every time the police suspected they might receive bail, they implicated the students in fresh cases, including one under the anti-terror law Unlawful Activities Prevention Act, which makes bail tough to secure.

Eventually, they received bail from Delhi High Court on June 15 but were freed only on June 17 evening after the police stalled their release citing technicalities.

“In our Constitution, a peaceful protest is called a peaceable assembly and without arms. It’s a fundamental right guaranteed under Article 19(1)(b) of our Constitution,” Justice Lokur said.

“Except Section 144 of the Criminal Procedure Code (CrPC), there is no law that places any reasonable restriction or prohibits, in the interest of the sovereignty and integrity of India or public order, peaceable assembly without arms.”

Justice Lokur underlined that on September 17 last year, the trial judge had passed the first order for the three students to be given a copy of the chargesheet each — a statutory right for every accused under Section 207 of the CrPC.

But, he noted, the prosecution gave the trio pen drives although they could not access computers in jail. He wondered whether it was possible for any accused to read such a massive document over the computer, anyway.

On September 19, while explaining why a physical copy was not provided to them, the prosecution told the trial court the chargesheet had thousands of pages and there were 15 accused in the case in all. Printing copies for the accused would therefore be costly and would need a few approvals — including a financial sanction — it argued.

The prosecution did not explain why the sanction had not been taken despite the defendants’ right to life and liberty being involved. Besides, the court order applied only to Devangana, Natasha and Asif, not all 15 accused.

The trial court rejected the police contention and passed a fresh direction for a physical copy of the chargesheet to be given to the accused. Yet the police kept stalling, Justice Lokur said.

He said the prosecution’s contention was “absurd”.

Justice Lokur complimented the trial judge for having rightly rejected the prosecution’s plea by holding that “once the chargesheet has been filed by the investigating agency, as voluminous as it is... a copy of it has to be provided in hard copy to every accused....”

“They may require sanction of funds for the said purpose; however, they were supposed to act promptly,” the trial judge had said.

The trial judge had then directed, for the third time, that a physical copy of the chargesheet be provided to every accused before the next date of hearing “without fail”.

Justice Lokur said with a tinge of sarcasm: “Photocopying 17,000 or 19,000 pages and getting financial sanction may be a hassle for the prosecution, but depriving a citizen of his or her constitutional right to liberty does not seem to be a problem.”

Justice Lokur recalled how Delhi police had brought environment activist Disha Ravi — arrested in connection with a toolkit document linked to the farmers’ protest — from Bangalore to Delhi by a special chartered plane.

“Did the police have the financial sanction for the train or plane journey? Then why raise such a bogey in the case of these three accused?” Justice Lokur asked.

He said the supply of a physical copy of the chargesheet had become a “prestige issue”. But, “as a continuation of its caprice”, the prosecution challenged the orders of the trial judge by filing a petition in Delhi High Court.

So, a chargesheet filed on September 16, 2020, was made available to the accused only on March 25, 2021, after a gap of six months. All the while the accused were clueless on the actual charges against them, Justice Lokur said.

The police tactic was to hold on to the trio indefinitely by arguing their custody was necessary till all the suspects in the case had been arrested and all the evidence collected, Justice Lokur said.

As is routinely done, the three students could have been allowed bail by segregating their case from that of the absconding accused.

HC views on terror law must be examined: SC