The latest order came in a case involving Mohammed Nasir, who lost his left eye after suffering a gunshot injury during the riots 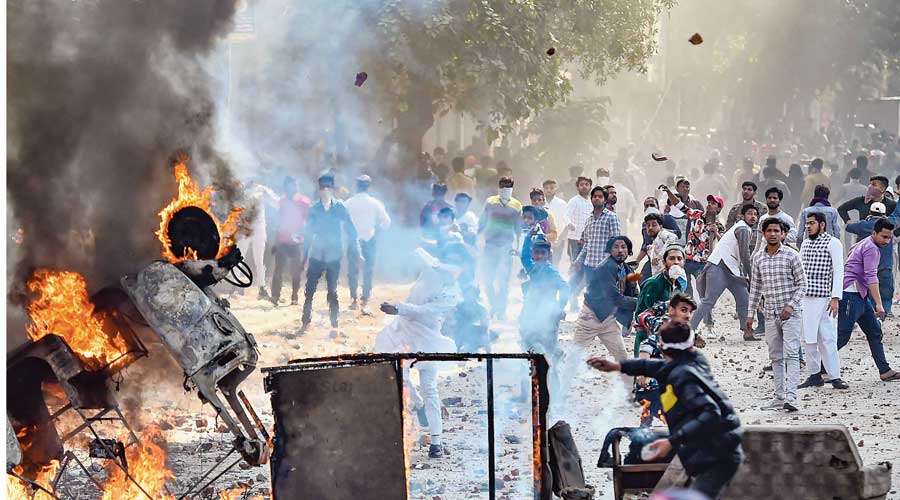 A court here has fined Delhi police for its “callous and farcical” investigation into a Delhi riots case and said the force had “miserably failed in their statutory duties”.

The police’s investigation into the February 2020 riots in which 53 people lost their lives had earlier too come under the scanner when several retired judges said the probe had “evoked extensive critical commentary in recent times”.

The latest court order came in a case involving Mohammed Nasir, who lost his left eye after suffering a gunshot injury during the riots. The Delhi police had challenged a magisterial court order that had directed them to file an FIR on Nasir’s complaint.

In his order on Tuesday, Karkardooma court judge Vinod Yadav dismissed the police’s petition and slapped a fine of Rs 25,000 on them. The additional sessions judge directed that the fine be recovered from the station house officer (SHO) of Bhajanpura police station and his supervising officers.

The police had maintained that there was no need to register a separate FIR as the force had already filed one and there was no evidence against the people accused of shooting at Nasir as they were not present in Delhi at the time of the incident.

Judge Yadav pulled up the police for lack of efficiency and fairness in the investigation, which it said “has been done in a most casual, callous and farcical manner”.

“The concerned petitioner (the SHO of Bhajanpura police station) and his supervising officers have miserably failed in their statutory duties in this case,” the order said.

“A copy of this order be sent to the Delhi police commissioner for bringing to his notice the level of investigation and supervision in the matter and to take appropriate remedial action under intimation to this court,” the judge said.

Judge Yadav said Nasir was free to exhaust the legal remedies available to him to get a separate FIR registered on his complaint.

In the recent past, the police had ignored requests for information from a Delhi Minority Commission probe that had accused BJP leaders, including Union home minister Amit Shah and Uttar Pradesh chief minister Yogi Adityanath, of inciting the riots.

The minority panel’s report in October alleged that the Delhi police, who answer to Shah’s ministry, “were complicit in and abetted the attacks” during the riots and tended to arrest the victims rather than the people they accused.

Muslims were the worst sufferers of the violence, which began on the night of February 23 and continued till February 27 afternoon.