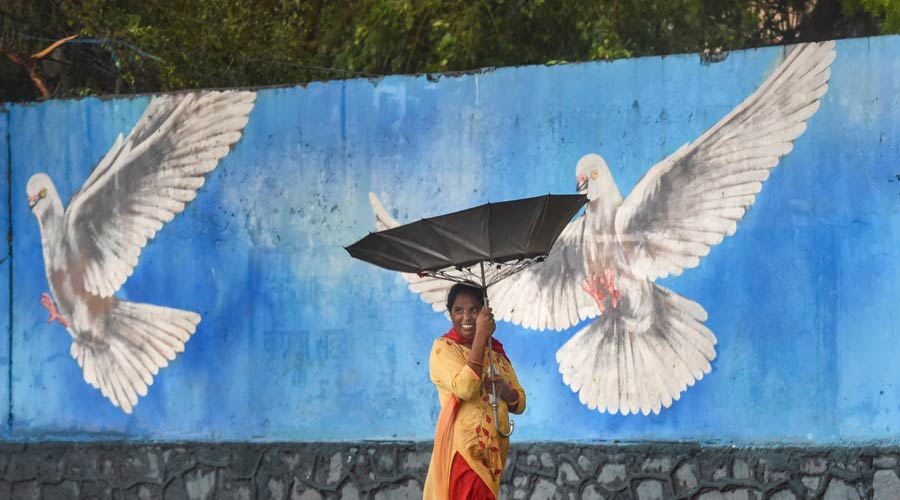 The body of a man has been fished out from a waterlogged railway underpass in southeast Delhi's Pul Prahladpur, police said, taking the death toll in Monday's thunderstorm and heavy rains in the city to three.

Winds of up to 100 kmph and heavy rains battered the national capital on Monday evening, uprooting hundreds of trees, disrupting road and air traffic and damaging vehicles and buildings, including the iconic Jama Masjid.

Deputy Commissioner of Police (Southeast) Esha Pandey on Tuesday said, "Around 10:22 pm on Monday, a call was received at the Pul Prahladpur police station about a person drowning in the waterlogged railway underpass."

After searching the underpass for half-an-hour, divers from a rescue team fished out a man's body, aged around 45-50 years and Kiran I Love u tattooed on his right hand, she said.

Efforts are on to identify him, the DCP said.

Barricades had been installed near the railway underpass to restrict any movement by people or vehicles, the police said, adding that the body has been kept at the AIIMS mortuary for an autopsy.

Monday's storm was the first one of "severe" intensity in Delhi since 2018, a Met department official said. Delhi recorded 17.8 mm of rainfall till 5.30 pm, and the thunderstorm led to a drastic fall in the temperature at the Safdarjung Observatory -- from 40 degrees Celsius at 4:20 pm to 25 degrees Celsius at 5:40 pm.

A 50-year-old man, Kailash, died in the Jama Masjid area in central Delhi after a portion of a balcony of his neighbour's house fell on him during the strong winds when he was standing outside his residence.

In the Angoori Bagh area of north Delhi, a 65-year-old homeless man identified as Basir Baba died after a Peepal tree fell on him, the police said.