'Conspiracy by an organised overseas network' to instigate the farmers’ protest, says officer while talking about 'toolkit' shared by Greta Thunberg 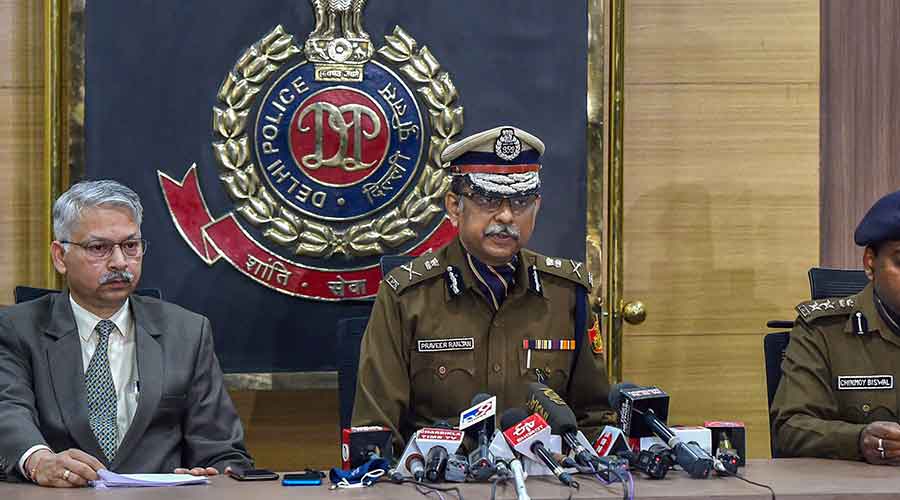 Delhi police on Thursday registered a first information report carrying the sedition charge against unnamed persons, alleging an international conspiracy to defame the country and one that “aims at waging social, cultural and economic war against India” by instigating the farmers’ protest.

Sources said the FIR was filed against the creators of a “toolkit” that was shared by the Swedish climate activist Greta Thunberg who has tweeted in support of the farmers’ agitation.

The 18-year-old activist had shared on Twitter the toolkit, which takes users to a document containing details on ways to support the farmers’ protest.

Praveer Ranjan, special commissioner of Delhi police, said an FIR had been registered under IPC Sections 124A (sedition), 153A (promoting enmity between different groups), 153 (giving provocation with intent to cause riot) and 120B (criminal conspiracy).

“We have not named anybody in the FIR. It’s only against the creators of the toolkit, which is a matter of investigation,” Praveer Ranjan said in the evening, asked whether Thunberg had been named.

Earlier in the day, some senior officers had told reporters that the FIR would name Thunberg as an accused, triggering outrage on social media.

An unfazed Thunberg tweeted at 4.29pm on Thursday that she “still” stood with the farmers and “no amount of threats” would change that. “I still #StandWithFarmers and support their peaceful protest. No amount of hate, threats or violation of human rights will ever change that. #FarmersProtest,” she said.

On Thursday morning, the climate activist had shared an updated toolkit advising people on how to show support for the protests.

A Delhi police officer said this “exposes the conspiracy by an organised overseas network” to instigate the farmers’ protest.

Thunberg tweeted: “Here’s an updated toolkit by people on the ground in India if you want to help. (They removed their previous document as it was outdated).”

Thunberg had deleted a toolkit she had posted on Wednesday night.

The suggestions in the updated kit include tweeting support for the farmers with the hashtag StandWithFarmers, tagging the Prime Minister’s Office and organising protests near the closest Indian embassy on February 13 and 14.

“A preliminary inquiry has revealed that the toolkit in question appears to have been created by the pro-Khalistan organisation Poetic Justice Foundation,” special commissioner Ranjan said.

The police said the toolkit document predated Republic Day, and indicated the copycat execution of a conspiracy behind the day’s violence.

“The design of the author of the toolkit is to create disharmony among various social, religious and cultural groups and encourage disaffection against the Government of India,” a Delhi police statement said.

“Delhi police are monitoring social media in connection with the farmers’ agitation. In the process, police have identified more than 300 social media handles which have been used for pushing hateful and malicious content,” Ranjan said.

“In the context of the Kisan agitation, while the farmers may not even be aware as to what forces are guiding their actions and settling their agenda, there were clear indicators that hostile deep state actors were either behind it or would join in to exploit sentiments.”

Some activists expressed the fear that the toolkit could be used as a pretext to claim an international conspiracy and arrest farmers and their supporters at random.