Party workers demand the arrest of CM for criminal negligence 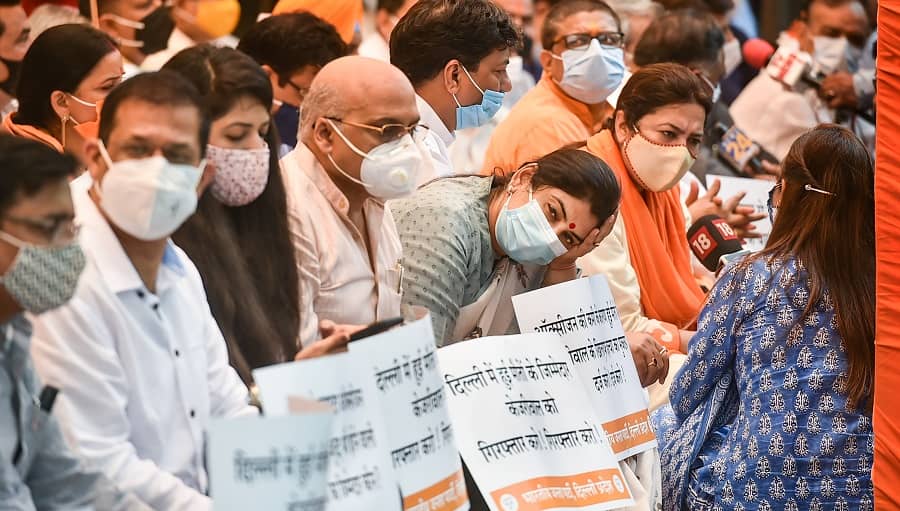 Delhi BJP leaders sat on a dharna at the Jantar Mantar here on Monday, demanding Chief Minister Arvind Kejriwal's resignation over his government "inflating" the city's oxygen need during the second wave of coronavirus.

Leading the protest along with MPs, MLAs and office bearers of the party, Delhi BJP president Adesh Gupta also said Kejriwal should be "arrested for criminal negligence".

"The interim report of a Supreme Court committee has said that the Kejriwal government raised a four-time higher demand of oxygen than actual consumption that caused shortage in other states and led to deaths of Covid patients. Kejriwal himself is responsible for this and should step down from his post," Gupta said.

New Delhi MP Meenakshi Lekhi alleged that Chief Minister Kejriwal raised a "false" oxygen shortage issue to "hide the failures" of his government in tackling the second wave of the virus.

The ruling Aam Aadmi Party (AAP) has charged the Bharatiya Janata Party (BJP) of "cooking up" the report and trying to blame the Delhi government on the basis of it.