A survey of nearly 10,000 respondents found that parents want schools to close for 20 days every November 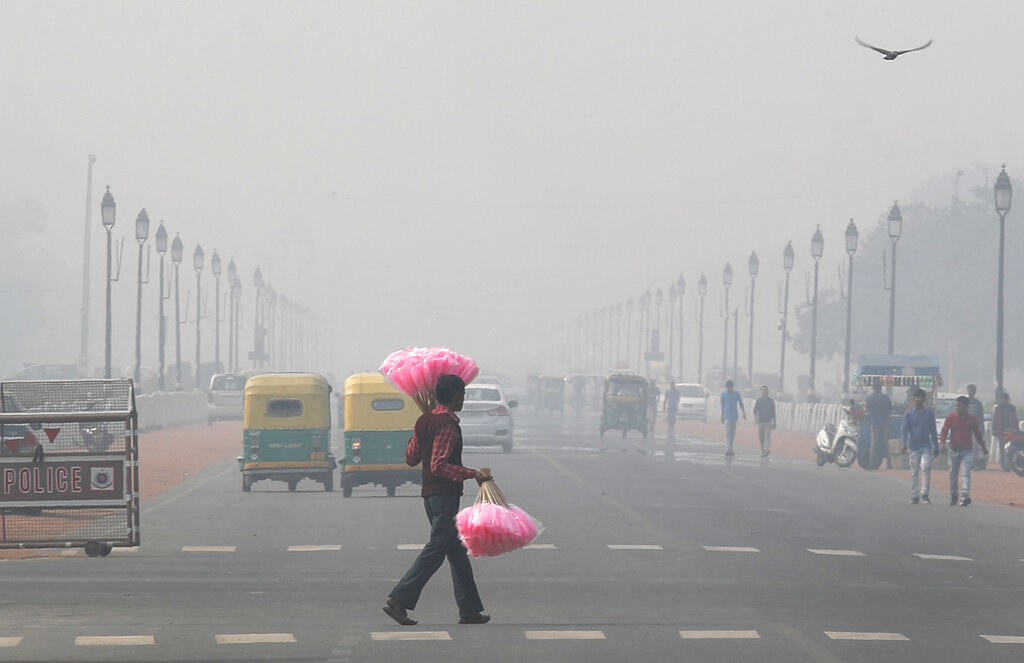 Over 70 per cent of parents in Delhi and the National Capital Region say there should be a scheduled 'smog break' in schools from November 1-20 every year, according to a new survey.

The survey with nearly 10,000 respondents from Delhi and NCR region has also found that parents want that leaves of the smog break could be compensated with reduction of leaves from the summer, winter and spring breaks combined to ensure the study calendar is not affected.

'Seventy-four per cent parents from Delhi, Faridabad, Ghaziabad, Noida and Gurgaon want there should be a scheduled smog break from November 1-20 every year when the air quality is at its worse,' according to findings of the survey done by online platform 'LocalCircles'.

'Raising concerns about how frequent breaks could affect the syllabus and activity calendar in schools, parents suggested that the leaves of smog break could be compensated with reduction in other annual breaks,' the survey report said.

As the air pollution neared the emergency level on November 1, the Supreme Court-mandated panel Environment Pollution Control Authority (EPCA), declared a public health emergency and the administration ordered closure of schools till November 5.

Last month as well, schools had to be closed for four days after air quality levels hovered around the 'emergency' level.

The Children's day celebrations scheduled on November 14 had also to be called off as schools were closed on the day. Students and few school principals wrote to Prime Minister Narendra Modi seeking his intervention into the issue.

In a similar survey, earlier this month, over 40 per cent residents of Delhi and NCR had said they want to move to another city because of bad air quality while 16 per cent wanted to travel during the period.

Delhiites got some respite on Sunday morning as the air quality improved from 'severe' category to 'poor' category.

However, according to experts, pollution is likely to increase from November 20 onwards as another western disturbance will result in a dip in wind speed.