On August 25, the Supreme Court had asked the high court to decide within two weeks the petition pending before it 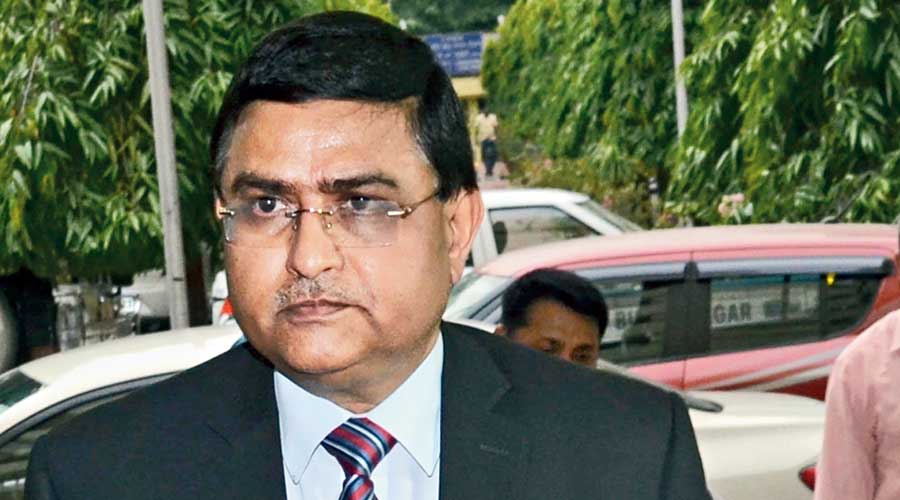 The Delhi High Court Tuesday said it will hear on Wednesday a petition challenging the appointment of Gujarat-cadre IPS officer Rakesh Asthana as Delhi Police Commissioner and an intervention application filed in the matter by an NGO.

"We are keeping the matter tomorrow. Intervention application (by the NGO) will be listed tomorrow along with the writ petition," said a bench of Chief Justice DN Patel and Justice Jyoti Singh.

On August 25, the Supreme Court had asked the high court to decide within two weeks the plea pending before it against the appointment of senior IPS officer as Delhi Police Commissioner.

The apex court had then also permitted NGO, 'Centre for Public Interest Litigation' (CPIL) - which has challenged the appointment before the Supreme Court, to move the high court to intervene in the pending plea by one Sadre Alam.

Appearing for the NGO, advocate Prashant Bhushan argued that the petition before the high court was a copy-paste of CPIL's plea before the Supreme Court.

"We have filed an intervention on behalf of CPIL. Something extraordinary has happened in the matter. The petition is a total copy-paste. Full stop, comma, exclamation mark. The court may list it tomorrow or whenever. See the kind of abuse of process of law that is done," Bhushan stated.

He informed the court that NGO's challenge to Asthana's appointment was adjourned by the Supreme Court on the last occasion and that he does not intend to "file another petition here".

In the intervention application, the NGO has contended that filing an identical writ petition without mentioning the pendency of the issue before the apex court seems to have been filed to defeat public interest by scuttling the genuine, bona fide and well-researched and deliberated PIL (pending before Supreme Court) .

Alam stated that his petition was an outcome of his hard work.

Additional Solicitor General Chetan Sharma said that the peresent instance was a case of competitive PIL .

The 1984-batch IPS officer, serving as the director general of Border Security Force, was appointed Delhi Police Commissioner on July 27, four days before his superannuation on July 31.

In his petition before the high court, Alam has sought quashing of the July 27 order issued by the Ministry of Home Affairs appointing Asthana as the Delhi Police Commissioner and also the order granting inter-cadre deputation and extension of service to him.

The plea, filed through advocate B S Bagga, also sought initiation of steps for appointing Delhi Police Commissioner strictly in accordance with the direction issued by the Supreme Court earlier.

"The impugned orders (of MHA) are in clear and blatant breach of the directions passed by the Supreme Court of India in Prakash Singh case as (i) respondent no.2 (Asthana) did not have a minimum residual tenure of six months; (ii) no UPSC panel was formed for appointment of Delhi Police Commissioner; and (iii) the criteria of having a minimum tenure of two years has been ignored," the plea said.

It claimed the High-Powered Committee comprising the Chief Justice of India, Prime Minister and the Leader of Opposition, in its meeting held on May 24, 2021, rejected the Central government's attempt to appoint Asthana as the CBI Director on the basis of the six-month rule as laid down by the Supreme Court in Prakash Singh.

The appointment of Asthana to the post of Commissioner of Police, Delhi must be set aside on the same principle, it said.

The petition with similar prayers which has been filed by CPIL before the Supreme Court has urged to direct the central government to produce the July 27 order it issued, approving the inter-cadre deputation of Asthana from Gujarat cadre to AGMUT cadre.

The petition has also urged the apex court to set aside the Centre's order to extend Asthana's service period.

A contempt plea in the apex court by advocate M L Sharma has been filed against Prime Minister Narendra Modi and Home Minister Amit Shah for appointing Asthana as Delhi Police Commissioner in alleged violation of the judgement in Prakash Singh case.

In his petition, Sharma has said that according to the apex court's judgement of July 3, 2018, the process of appointment should begin three months prior to the vacancy and the person being appointed must have a reasonable period of service left.