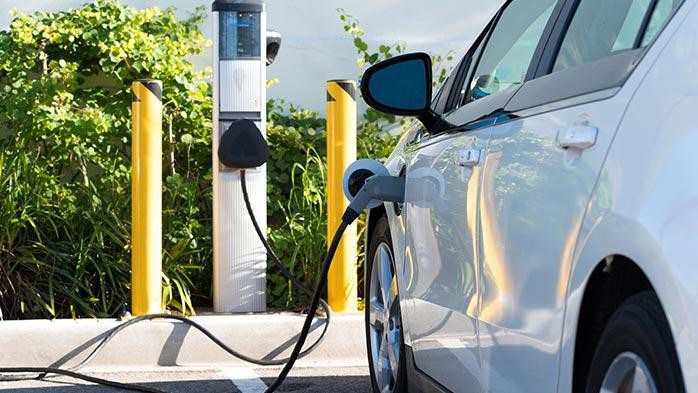 The govt is going to ask dealers and petrol pumps to not give fuel to vehicles without a pollution-under-check certificate.
Representational image
Our Bureau, PTI   |   New Delhi   |   Published 26.12.21, 03:50 PM

The Delhi government is going to ask e-commerce companies, food delivery services and cab aggregators to completely switch to electric vehicles as it aims to increase the EV share in total vehicle sales to 25 percent by 2024 to check air pollution, according to officials.

It is also going to ask dealers and petrol pumps to not give fuel to vehicles without a pollution-under-check (PUC) certificate.

Vehicle emissions account for around 40 percent of the city's air pollution.

"The government is going to take two major steps to check vehicular pollution - we will ask all aggregators including Zomato, Swiggy, Ola, Uber, etc. to completely switch to electric vehicles. These services account for 30 percent of the registered vehicles in Delhi," an official told PTI.

"We are also considering directing dealers and petrol pumps not to supply fuel to vehicles without a (valid) PUC certificate," he said.

Directions under the Environment (Protection) Act in this regard are expected to be issued this week.

Asked if a deadline will be given to aggregators to switch to EVs, a senior official in the transport department said, "It will be done in a phased manner. We will soon publish the draft guidelines."

"The Indraprastha Gas Limited has also taken a decision to install 50 battery swapping stations at CNG pumps in the capital," the official said.

"The most difficult category is two-wheelers... We have started a dialogue with vehicle aggregators to see how we can have a regulatory push for them to migrate to electric two-wheelers," he added.

The Delhi Electric Vehicles policy - introduced in August 2020 - aims at increasing the EV share in total vehicle sales to 25 percent by 2024.

Only Flipkart (by 2030) and FedEx (by 2040) have established worldwide targets for converting their last-mile delivery fleets to electric vehicles, while DHL has set a 60 percent electrification target for its fleet.

In October, the city government launched a massive drive to check PUC certificates and deployed around 500 teams at petrol pumps for this purpose.

The owners are required to get their vehicles tested to ascertain if they meet emission standards for pollutants such as carbon monoxide, nitrous oxides, carbon dioxide.

There are around 1,000 authorised pollution checking centres set up at petrol pumps and workshops in the city.

Also, in compliance with the National Green Tribunal's directions, the Delhi government will deregister all diesel vehicles which will complete 10 years on January 1, 2022, and issue a no-objection certificate (NOC) so that they can be re-registered in other places.

However, no NOC will be issued for diesel vehicles that have completed 15 years or more on the date of applying for it, according to an order issued earlier this month.

Delhi is the most polluted capital in the world and is one of the fastest expanding cities in terms of population, according to Swiss air technology company, IQAir.

According to a study conducted by the Automotive Research Association of India and The Energy and Resources Institute in 2018, vehicles contribute to about 40 percent of PM 2.5 emissions in Delhi.