People are out on the streets because things which should have been said inside Parliament were not said, the court said. 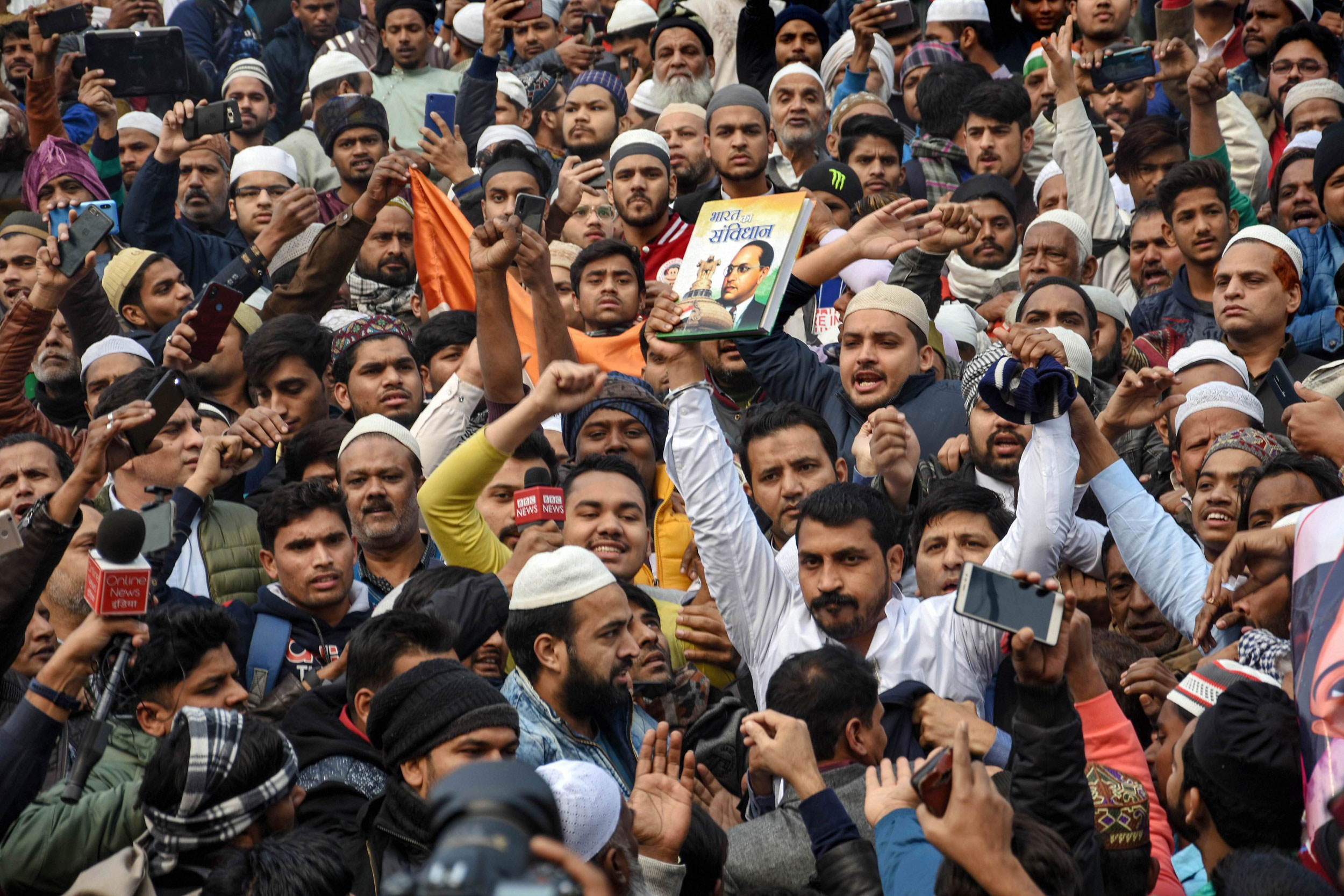 A court slammed Delhi Police on Tuesday for failing to show any evidence against Bhim Army chief Chandrashekhar Azad, observing that people are out on the streets because things which should have been said inside Parliament were not said.

Police were behaving as if Jama Masjid was Pakistan, additional sessions judge Kamini Lau said, adding that even if it was, one can protest there peacefully.

Pakistan was once part of undivided India, she said.

The court's observations came while hearing bail plea of Azad, who was arrested in a case related to anti-CAA ptotests in old Delhi's Daryaganj area.

'Inside Parliament, things which should have been said, were not said and that is why people are out on the streets. We have full right to express our views but we cannot destroy our country. You are behaving as if Jama Masjid was Pakistan and even if it was Pakistan, you can go there and protest. Pakistan was a part of undivided India,' the judge said.

It has put up the matter for further hearing on Wednesday.

During the hearing, police told the court they have only drone images of the gathering as evidence and no other recording.

To this, the judge said, 'Do you think Delhi police is so backward that it has no tools to record anything? Show me anything or any law that prohibits such gathering... Where is the violence? Who says you cannot protest...have you read the Constitution? It is one's Constitutional right to protest.'

The court further observed that Azad, having a law degree, can also protest inside the courts.

'Azad is probably an Ambedkarite. Ambedkar was more closer to the Muslims, Sikhs and basically the repressed class of the society... He was a rebel of his own kind. Probably Azad has a vague idea of what he wants to say but probably not able to put it across. If you take up an issue, you do your research. And that is missing, ' the court said.

The plea, filed through advocate Mehmood Pracha, claimed that there was no evidence against the allegations made against Azad in the FIR and his arrest was illegal.

Azad's outfit had called for a protest march from Jama Masjid to Jantar Mantar against the amended Citizenship Act on December 20, without police permission.

Other 15 people arrested in the case were granted bail by the court on January 9.