‘While people are getting affected, they are alo recovering in big numbers’ 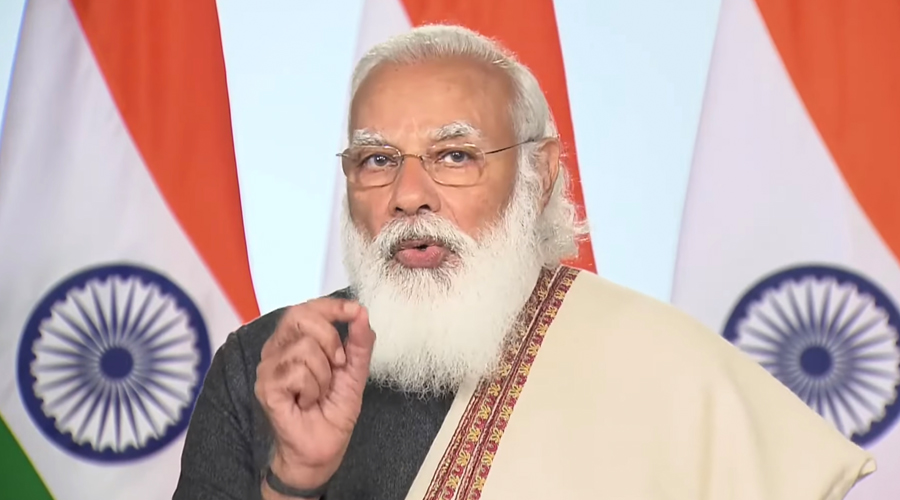 Noting that the second wave of COVID-19 is testing people's patience and their capacity to endure pain, Prime Minister Narendra Modi said on Sunday that this "toofan" (storm) has shaken the country after it was full of enthusiasm and self-confidence after successfully tackling the first wave.

In his monthly Mann Ki Baat broadcast, Modi spoke to doctors, nurses and frontline workers, who shared their experience and views on the disease, and expressed confidence that people will soon come out of this crisis.

The over 30-minute broadcast was entirely focussed on the pandemic, which has been rampaging across the country for weeks, with Modi asserting that defeating the disease is the biggest priority.

Modi began the programme by taking note of people's sufferings.

"Many of our near and dear ones have left us untimely. After successfully confronting the first wave of Corona, the country was full of enthusiasm, full of self-confidence, but this storm has shaken the country," he said.

He urged people to go for vaccination against the disease and cautioned them against rumours about it.

The Centre, he said, will continue to provide jabs free of cost to the eligible people (those over 45 years of age).

"We have to accord priority to the expert and scientific advice at this time to win this battle," he said.

Modi also appealed to states to extend the benefit of the Centre's free vaccine campaign to the maximum number of people.

A doctor, whose conversation with the prime minister was played in the programme, noted that people are a bit scared about the pandemic situation, while saying that there is absolutely no need for it as 80 to 90 per cent of the infected people do not show any of these symptoms.

It is imperative that treatment protocol is as per the doctor's advice, he said.

Echoing his view, Dr Naveed Nazeer Shah from Srinagar urged people to follow COVID guidelines to avoid getting infected and to get inoculated.

The prime minister said while people are getting infected by the disease, they are also recovering from it in big numbers, and also spoke to one Preeti Chaturvedi of Gurugram, who shared her experience of dealing with the disease. She has now recovered.

Modi also lauded the help offered by citizens during the pandemic.

"I urge all of you to get vaccinated and we also have to take full care. 'Dawai bhi, kadai bhi', get vaccinated and maintain all precautions. Never forget this mantra. We will soon prevail together over this calamity," the prime minister said.

India logged a record 3,49,691 new coronavirus infections in a day taking it total tally of COVID-19 cases to 1,69,60,172 while active cases crossed the 26-lakh mark, according to the Union Health Ministry data updated on Sunday.