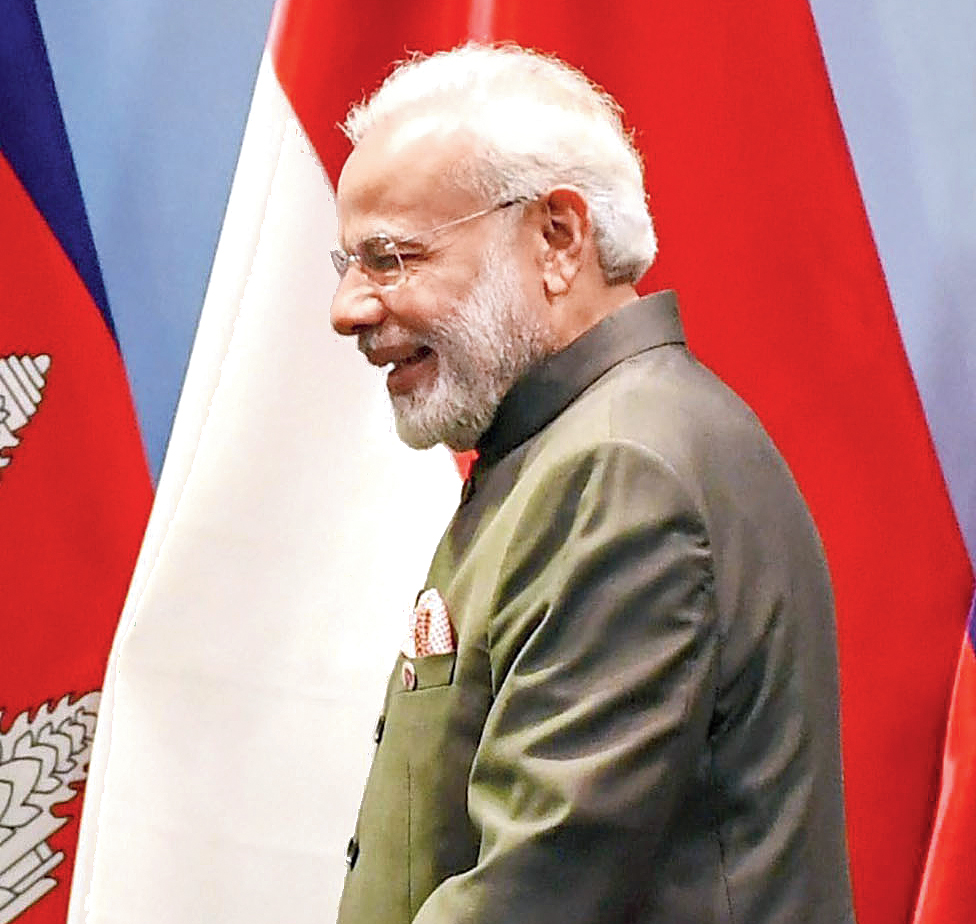 The Congress has made public a purported timeline on the Rafale deal that suggests deep divisions within the Narendra Modi government and multiple attempts to steamroller objections and words of caution from within.

So specific is the blow-by-blow account, which the Congress said is based on “verified” file notings, that the Opposition party dared the Modi government to make the files public.

The party also held the Prime Minister directly responsible for overriding the objections to the absence of a sovereign guarantee and “enhancing the ‘benchmark price’ for Rafale by 3 billion euros (Rs 22,743 crore)”.

“They all exist in government records.... We held on to it till the facts were verified. It has been verified…,” Congress communications chief Randeep Surjewala told a news conference on Thursday. “If we are wrong, let the government make all the files public,” he added.

The disclosures came a day after the Centre told the Supreme Court that there was no French sovereign guarantee although the Modi government has been insisting it was a “government-to-government” deal.

The offensive by the Congress suggests that irrespective of the impending court verdict, the party will focus on the steadystream of disclosures that underscore one contradiction after another in the versions being put out by the government. The Congress is not associated with the court case.

The following is the timeline made public by Surjewala. The italicised sentences are annotations by this newspaper:

April 10, 2015: Joint statement by India and France, after Modi meets the then French President Francois Hollande in Paris, announces that the Rafale deal with Dassault will be concluded.

December 9: The Union law ministry flags the issue of no bank guarantee/ sovereign guarantee by the French government and notes the concern that the contract involves huge advance payouts from the public exchequer without actual delivery.

(A sovereign guarantee is an assurance from a national government to another to discharge the liability of any company or person belonging to its country if it defaults on a contract or agreement.)

Paragraph 4, sub-clause (d) of the law ministry’s opinion reads: “It is noted that French side has not agreed to give any bank guarantees.

Instead, French side has informed that a comfort letter from French Prime Minister to provide assurance in lieu of sovereign guarantee.

“The contract involves huge payouts of value of procurement without actual delivery which virtually means advance payment for which adequate government/ sovereign guarantees appear to be necessary. However, it is for the administrative ministry to take a conscious decision in terms of provisions of Standard Contract Document 2013 and ministry of finance in the matter.”

March 7: The then defence minister records about a meeting held by the NSA with the French side in Paris to negotiate the Rafale deal.

The NSA, not the negotiations committee of the air force or the defence ministry, was negotiating the Rafale deal. “Did Modi ask him to do so and for what reason?” Surjewala asked on Thursday.

March 7: Manohar Parrikar, the then defence minister, refuses to opine or accept the “letter of comfort” in lieu of the “bank-French government guarantee”.

August 18: The air acquisition wing of the defence ministry puts up a note stating that “bank guarantees may be insisted from French side as required under our procedure and Indian side may bear the bank guarantee charges”.

August 23: The law ministry iterates to the defence ministry about requirement of “French government-sovereign guarantee” as a condition of the defence procurement procedure (DPP).

August 24: The very next day, the cabinet committee on security accepted the letter of comfort and waived the condition of bank guarantee/sovereign guarantee.

(A letter of comfort is more a moral obligation than a legal commitment.)

As early as on December 11, 2015, the law ministry had submitted that “India should be the venue of arbitration in case of a dispute and the Indian Arbitration and Conciliation Act, 1996, be made applicable”, Surjewala said.