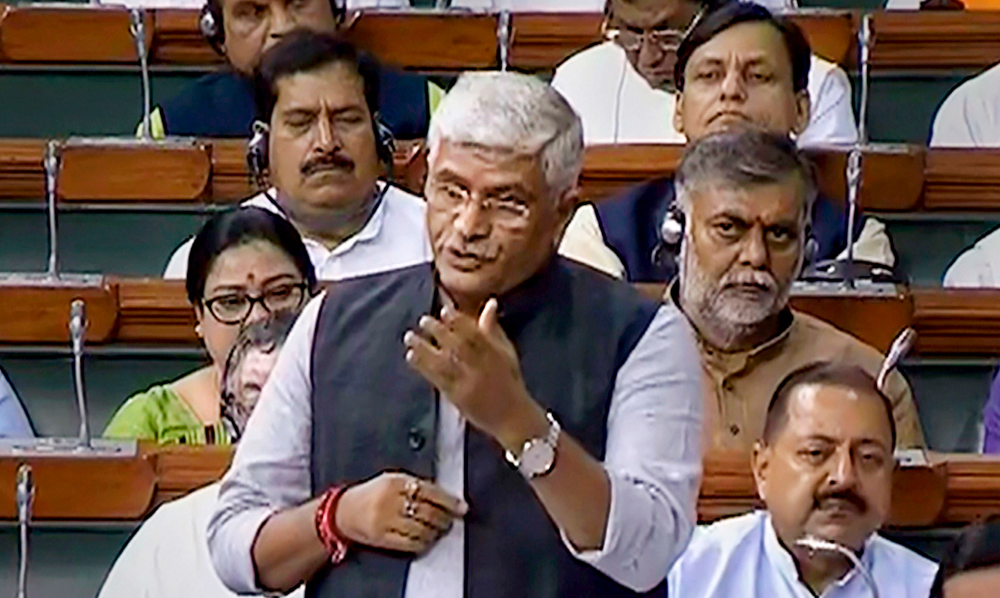 The Centre on Monday introduced a bill on dam safety in the Lok Sabha, sweeping aside protest from a large number of Opposition members who accused the government of trying to appropriate powers of the states through the legislation.

From the Congress side, four members stood up to oppose the introduction of the bill.

Apart from House leader of the party Adhir Ranjan Chowdhury, Shashi Tharoor, Manish Tewari and Gaurav Gogoi had given notices to oppose the bill and were allowed to speak.

The eagerness prompted suggestions that it was a reflection of competing aspirations of Congress members who want to show they were more talented than Adhir.

Apart from the Congress members, Saugata Roy of the Trinamul Congress, Bhartruhari Mahtab of the BJD, A. Raja of the DMK and N.K. Premchandran of the RSP opposed the introduction of the bill, questioning its legislative competency and pointing out that water was a state subject.

The government, however, used its majority in the House and managed to introduce the bill despite such large-scale opposition.

Jal Shakti minister Gajendra Singh Shekhawat said the government had looked at the constitutional and legal provisions, adding that Parliament had the powers to enact the legislation. He said the bill in no way took away the right of the states.

The government has extended the current session of Parliament by 10 days to pass several controversial bills, seeking to take full advantage of the demoralisation in the Opposition camp after the emphatic election results.

Gaurav Gogoi was the first to speak in opposition of the bill. He said the bill lacked legislative competence as the states had not been consulted. He claimed the standing committee report said that the bill should be brought in only after legislation in this regard is passed by Assemblies.

“The legislation on a subject which is absolutely within the purview of the legislative Assemblies and is an encroachment on the powers of the state legislature,” Premchandran said. “Parliament does not have competence to make this law. There is supposed to be an exception for inter-state disputes coming to the Union but there are many dams that are purely intra-state. The Centre has no competence on that,” Shashi Tharoor said.

“The basic concern here is dam safety. Everybody will agree that we need a dam safety regulation but who has to do it?” asked Mahtab of the BJD. “It is not the Central Water Commission which was entrusted to prepare a bill and as I very rightly agree with Dr. Shashi Tharoor that here is a conflict of interest….”

Minister Shekhawat laid stress on the need for a common protocol for dam safety. He pointed out that around 92 per cent of dams in the country had been constructed over inter-state rivers.

The minister contested the charge that the Centre was trying to encroach on the rights of the states. He quoted the views of solicitor-general to buttress his point.