For the past 3 years, only about 60 of 100 expected beneficiaries are receiving the final award in time to secure admission overseas 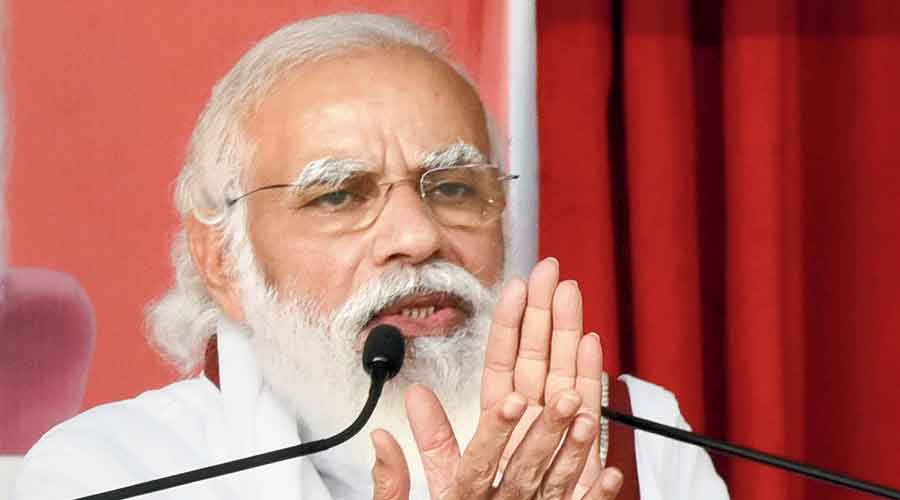 The young woman, who declined to give her name for obvious reasons, said red tape was threatening to derail her hopes of earning a doctorate in science from a British university.

“I had applied to join the University of Manchester’s PhD programme on reproductive science and got the unconditional offer letter for admission in June,” she told The Telegraph last week.

“In September, I received the provisional selection letter from the Centre for the National Overseas Scholarship (NOS), which would enable me to study abroad. But three months on, I’m still to receive the final award letter, with just a fortnight left before the January 1 deadline within which I have to forward it to the university.”

Foreign universities and their countries’ visa-granting authorities insist on outstation students proving in advance their ability to pay the tuition fees and living expenses.

For students like the Maharashtra girl, this guarantee is provided by the NOS, supposed to be given annually to 100 students from poor Dalit families and a few other vulnerable groups to help them pursue master’s and PhD programmes at foreign universities.

But the scholarship is habitually blighted by bureaucratic delays, students and Dalit activists say. An official in the social justice and empowerment ministry, which awards the scholarship, acknowledged that for the past three years, only about 60 of the 100 expected beneficiaries had been receiving the final award in time to secure admission overseas.

The Maharashtra girl said she had written to Modi and social justice minister Thaawar Chand Gehlot to speed up the final award.

“The government wants to increase women’s participation in science and technology, yet it’s creating hurdles before women like me who want to research a core field of science,” she said.

She has already once deferred her admission, originally slated for September, and will not be allowed a further deferment. Her classes start from January 1.

The scholarship takes care of the tuition fees, visa charges, the two-way air journey, health insurance premium and the living costs, the last in the form of a “maintenance allowance”.

Applications are received in April and July. The corresponding provisional lists of the awardees are published in July and September, respectively, after the ministry checks the applicants’ documents to see if they meet the eligibility criteria relating to academic credentials and income.

The ministry then forwards the details to the Indian missions abroad to verify the students’ claims about receipt of the admission offer letter and the volume of the tuition fee.

The final award letter is issued after a further scrutiny of the original documents.

“The entire process should not take more than 15 days,” said Amol Meshram, an IIT Kharagpur alumnus who runs the non-profit Centre of Excellence of Garib Dalit Pidit and is helping the girl negotiate the bureaucratic labyrinth.

However, the ministry forwarded the documents of those selected for the provisional list in the first week of September to the missions only on December 17, an official said.

Sometimes, the process can take over a year.

A student from Odisha, who wants to do his PhD on pesticides and their health impacts from the University of South Castle in Australia, said he had applied for the NOS last year and was provisionally selected.

“But my date of admission arrived in May 2020 and I had still not received the final award letter. On my request, the university has postponed my admission till January 30. I got the final award this month,” he said.

His struggle isn’t over, though. The Australian university is holding classes online because of the pandemic, and has sought another letter from the sponsoring body (social justice ministry) agreeing to pay the student’s tuition fees for the period he participates in the virtual lessons from India.

“I wrote to the ministry 25 days ago but haven’t received any response,” he said.

Apart from the delays, Meshram said, the NOS maintenance allowance is always lower than the sums recommended by the visa-granting foreign missions, based on estimates of living expenses in the cities the students are headed for.

They are also lower, he said, than the estimates of Indian missions in their advisories for Indian travellers.

For example, the NOS grants a uniform £9,900 (Rs 9.9 lakh) as annual maintenance allowance for Indian students in the UK, despite some cities like London being more expensive than others.

Which means the applicants have to arrange the balance £2,106 (Rs 2.1 lakh) by themselves — an uphill task for the impoverished students the scholarship is meant for.

“The delays in issuing the sponsorship letter and the inadequate living allowances are an act of government-sponsored atrocity on Scheduled Caste students,” Meshram said.

“Many applicants travel to Delhi at their own cost to receive updates on their case since they risk losing a year. Yet, they seldom get answers and end up losing a year -- sometimes admission as well,” Wagde said.

“The government must adhere to a timetable. This will save the students a lot of anxiety, expenses and most importantly an academic year and their seat in the foreign university.”

Responding to an email sent to the social justice ministry on December 14, its secretary, R. Subrahmanyam, said the scheme had been revised in 2020.

“This is one scheme which we have comprehensively reformed this year and you would be happy to note that largest ever number of students have joined/are joining the universities before Feb 2021 despite the Covid scare,” Subrahmanyam wrote.

“The requirement of police verification has been done away with this year.”

The decades-old NOS used to be awarded to a maximum of 30 students a year till 2016-17, when the figure was raised to 100. Officials said the scholarship was always plagued by delays, mostly owing to the requirement of police verification that was in place till last year.

Asked why the delays have continued this year, another official said that while filling in the foreign universities’ forms, the students often carelessly ticked an option that prevented the institution from disclosing the tuition fee to a third party.

When the Indian missions sought the fee details for these candidates, therefore, the foreign universities declined to answer.

“But we still try to help the student and ask him to contact the university and consent to the fee information being shared. Once that is done, the award letter is given,” the official said.

He said 77 students had been provisionally selected this year, of whom 24 had been issued with the final award letter by December 15.

The files of 17 others were at an advanced stage of processing. Document verification was going on for the remaining 36.