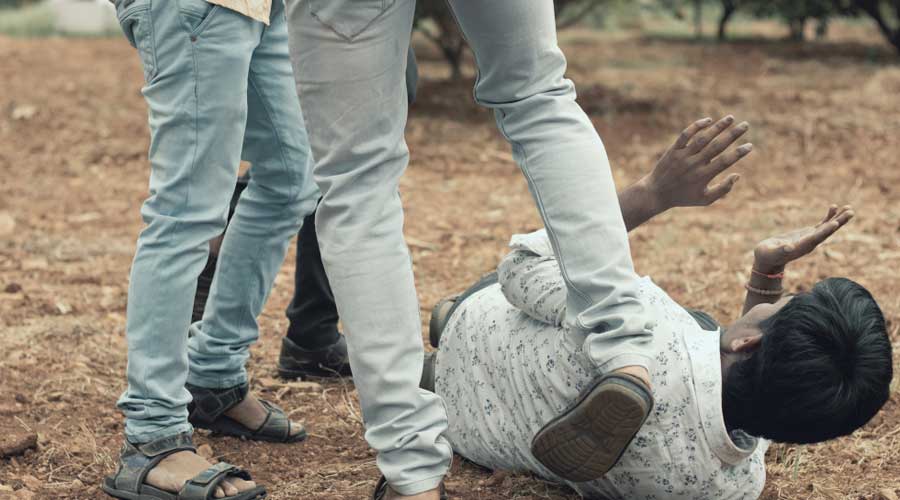 A Dalit youth died after being beaten, tied to bricks and thrown into a stream at a Bihar village on Sunday, allegedly for demanding the 10kg rice promised to him for a day’s labour in a well-to-do farmer’s field.

Upendra Ravidas, 25, of Kundali village in Patna district had been missing since Sunday evening. The police fished his body out of a rivulet outside Bahadurpur, about 25km away, on Monday morning.

Upendra and his brother-in-law Sikandar Ravidas had spent a day sowing paddy at Mahto’s farm around 15 days ago. Sikandar said they were asked to come after a few days for the promised payment: 10kg rice.

Police officers said the two went to Bahadurpur on Sunday evening and asked Mahto to settle their wages. Mahto and his associates began abusing them and then allegedly attacked them with sticks when they objected. Sikandar managed to escape but Upendra could not.

“I ran to save my life. Upendra was hit badly and could not run. I could see Dinesh and his men kicking and hitting him with sticks,” Sikandar told reporters. “I ran to the local Chandi police station so the officers could save him.”

When the police arrived at Bahadurpur late in the evening, Upendra was missing while Mahto and his associates had fled, officers said. A search for Upendra yielded no results.

“Local people later spotted his body in a rivulet just outside Bahadurpur. We brought it out,” Chandi station house officer Rituraj Kumar told The Telegraph.

“His hands and legs were tied with ropes. Bricks had been tied to the body so that it would stay at the bottom of the rivulet, which is in spate these days. But somehow it floated to the surface.”

Kumar said the body had been sent for post-mortem and an FIR registered. Three people have been detained for questioning.

Dalit man hangs himself in Punjab