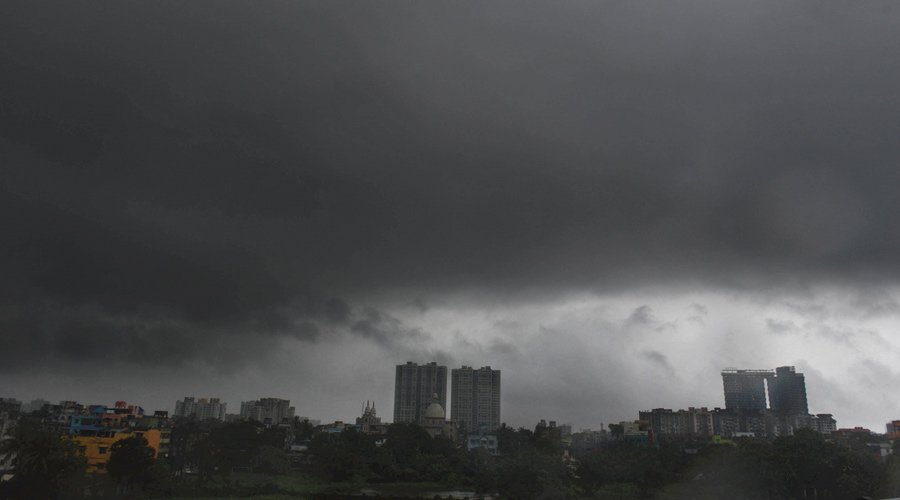 After heavy rains on Monday night, the Manjara and Majalgaon dams in Beed were filled up to their maximum capacity.
File Picture
Our Bureau, PTI   |   Aurangabad   |   Published 28.09.21, 04:13 PM

Heavy rain in catchment areas of the Manjara dam forced authorities to open all its gates for water discharge on Tuesday, leading to flooding in some villages of Maharashtra's Beed district and neighbouring Latur, while an alert was sounded in other neighbouring districts of the Marathwada region, officials said.

In Latur, the local administration and the National Disaster Response Force (NDRF) launched an operation to rescue 47 stranded residents of Sarsa village, which was flooded due to water discharge from the Manjara dam, they said.

When contacted, Latur Collector Prithviraj B P told PTI that 158 villages in his district could be affected by the discharge of water from the Manjara dam.

"We are closely monitoring the situation in villages located where the course of the Manjara river changes and the site where the Terna and Manajra rivers meet," he said.

Besides, in Beed, several families from the affected villages were shifted to safer places, officials said, adding that so far there was no report of any casualty.

After heavy rains on Monday night, the Manjara and Majalgaon dams in Beed were filled up to their maximum capacity.

The local administration opened all 18 gates of the Manjara dam and 11 gates of the Majalgaon dam early Tuesday morning, resulting in discharge of 78,397 cusec 80,534 cusec water from them, respectively, officials said.

The discharge of water from the Manjara dam led to flooding in villages under Kaij and Ambajogai talukas of Beed district, Ambajogai tehsildar Vipin Patil said.

"Villages like Isthal (in Kaij taluka), Apegaon, Tadola, Kopra, Anjanpur, Deora, Tat Borgaon, Akola (all in Ambajogai taluka), located on the Manjara river banks, were facing flooding and water-logging. Nearly 110 families from some of these flood-affected areas were shifted to safer places," the official said.

The Majalgaon irrigation department's office has also written to Beed, Parbhani and Nanded collectors to sound an alert in villages located along the Sindphana and Godavari rivers in their respective areas.

Beed district disaster management authority official Umesh Shirke said, "The next 24 hours are crucial. No casualty has been reported so far."

The district administration is on alert, Beed Collector Radhabinod Sharma said, adding that people were being shifted to safer places.

The discharge of water from the Manjara dam also led to flooding in Sarsa village of Latur, located around 40 km from the city, sub-divisional officer Sunil Yadav said.

Villagers who had set up their houses on farmland were stranded due to floods caused by water discharge from the dam, he said.

"People had not witnessed this kind of flooding in the area. The water level here is nearly two feet, and as a precaution, we are shifting villagers to a safer place. An 11-member team of the NDRF has been deployed. The first batch of five persons is being rescued by a boat, the official said.

The rescue operation started around 11.30 am, he said, adding that no casualty has been reported so far.

"The water rose up to nearly three feet. Residents started shifting to safer places from 4 am on Tuesday. There is no person or animal left in the village now. The situation is more or less the same in the nearby Anjanpur and Apegaon villages in Ambajogai taluka," he said.

The cumulative rainfall in eight districts of Marathwada has reached 146.62 per cent, with several parts of 182 circles getting water-logged, the official said.

According to the district administration, the inflow in Jayakwadi dam of Aurangabad is 17,481 cusec and the dam is currently filled up to 85.04 per cent of its total capacity.

Of the 13 reservoirs in the region, water is being discharged from 10, an official said, adding that the highest amount of discharge was from the Vishnupuri dam in Nanded at 1,11,594 cusec.

The Nimn Terna dam in Osmanabad has reached 100 per cent storage. The storage in the reservoir on the same same day last year was 35.07 per cent, he said.