As many as 17 NDRF, 20 ODRAF and 175 fire service teams are ready to be deployed in the vulnerable pockets of the state 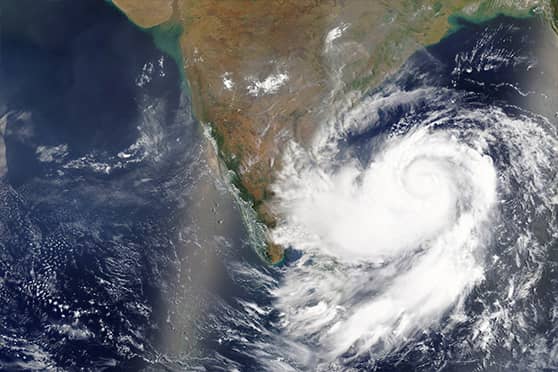 The Odisha government on Friday alerted the district collectors to keep men and machinery ready to face any sort of natural disaster after the IMD made it clear that the low-pressure area formed over South Andaman Sea and adjoining South east Bay of Bengal would intensify into a depression by Saturday evening and further into a cyclonic storm by Sunday evening. It has cancelled the leaves of the fire service personnel following cyclone warning.

The India Meteorological Department’s Bhubaneswar circle tweeted: “It is very likely to continue to move northwards and reach west central Bay of Bengal off north Andhra-Odisha coasts by May 10th”.

However, the exact place and time of landfall has not been ascertained yet. Following the alert, the Special Relief Commissioner (SRC) on Friday spoke to the district collectors and reviewed the state’s preparedness.

Minister of state for energy Dibya Shankar Mishra said, “The energy department is fully prepared to deal with the situation before, during and in the aftermath of a possible cyclone. A war room has been set up to monitor the situation.

As many as 17 National Disaster Response Force (NDRF), 20 Odisha Disaster Rapid Action Force (ODRAF) and 175 fire service teams are ready to be deployed in the vulnerable pockets of the state.

The Odisha government has asked the collectors of 18 districts to prepare a detailed evacuation plan for people living in kutcha houses or near the coast in low lying areas and other vulnerable persons including the elderly, women, children and PWDs to designated geo-tagged shelter buildings. All designated shelter buildings should be geo-tagged, the state government said.

The district collectors have been asked to make the district emergency operation centres and control rooms functional round the clock.

All the communication equipment, including the satellite phone, digital mobile radio communication systems must be ready, the SRC said.

“As the power supply is cut off during the peak period of the cyclone, all offices should make their back up power arrangement for that period. Generators available in the different offices including health institutions should be immediately checked and adequate fuel stored,” said the SRC in its order.