NCB accuses Aryan Khan of being a regular consumer of drugs

Bail in such cases an exception, not a rule, says Additional Solicitor General Anil Singh 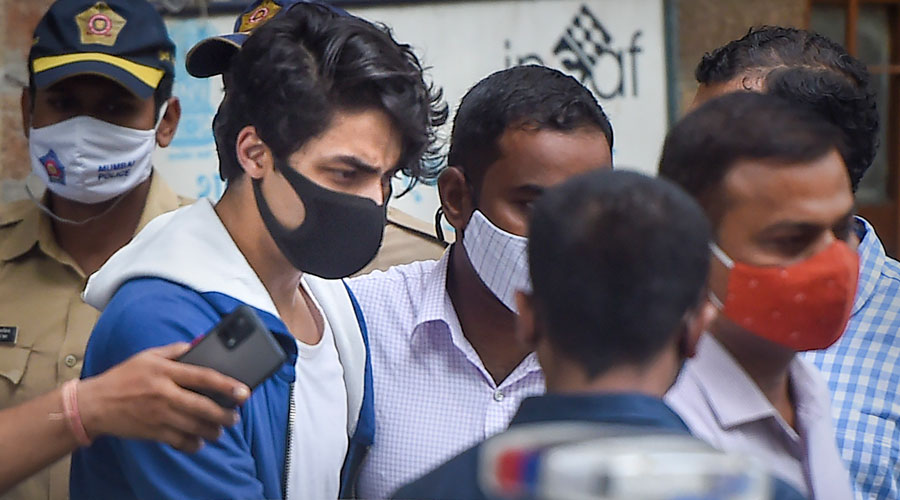 The Narcotics Control Bureau (NCB) on Thursday accused Aryan Khan of regularly consuming drugs and said his WhatsApp chats point at the procuring of "hard drugs" in commercial quantity, according to NDTV. The anti-drug agency argued against bail for superstar Shah Rukh Khan's son, saying bail in such cases is "an exception, not a rule", as the Supreme Court called drugs offences "worse than culpable homicide".

"Accused number 1 (Aryan Khan) is not a first-time consumer," the anti-drug agency was quoted as saying by NDTV on Day 3 of arguments in the bail plea hearing that started on Tuesday.

"He is a regular consumer since last few years and he has been procuring drugs," Anil Singh, the Additional Solicitor General, said on behalf of the NCB.

"There is a reference of procuring drugs in commercial quantity and the drugs are hard drugs. He has been in contact with peddlers," Singh said.

He pointed out that Aryan Khan was detained on October 2. "I was saying at least on Gandhi Jayanti you should have left these things," he remarked. Referring to the chart of arrest submitted by the defence, the Additional Solicitor General added: "It's a colourful chart. The party was colourful on that day."

When the judge asked on what basis the agency had found him dealing in a "commercial quantity", the NCB referred to his WhatsApp chats.

According to him, Ecstasy has been found in commercial quantity and there was a variety of drugs. "It cannot be said that these drugs were for personal consumption."

He said the NCB had received a tip-off based on a secret note that said 11 or 12 persons would be on the ship and eight were caught.

His lawyers, including former Attorney General Mukul Rohatgi, have repeatedly underscored that no drugs were found on him and there was no evidence he had used drugs.

In a counter to that argument, the anti-drugs agency said: "Even if he is not found in possession of the drug, there was an attempt to deal with commercial quantity and prima facie records show he is a part of conspiracy for commercial quantity."

The agency also doubled down on its argument of "conscious possession" by Aryan Khan - even if he was not carrying drugs - because he knew that his friend Arbaaz Khan (Accused Number 2) had hidden charas in his shoes. This was cited by a special court that denied him bail last week.