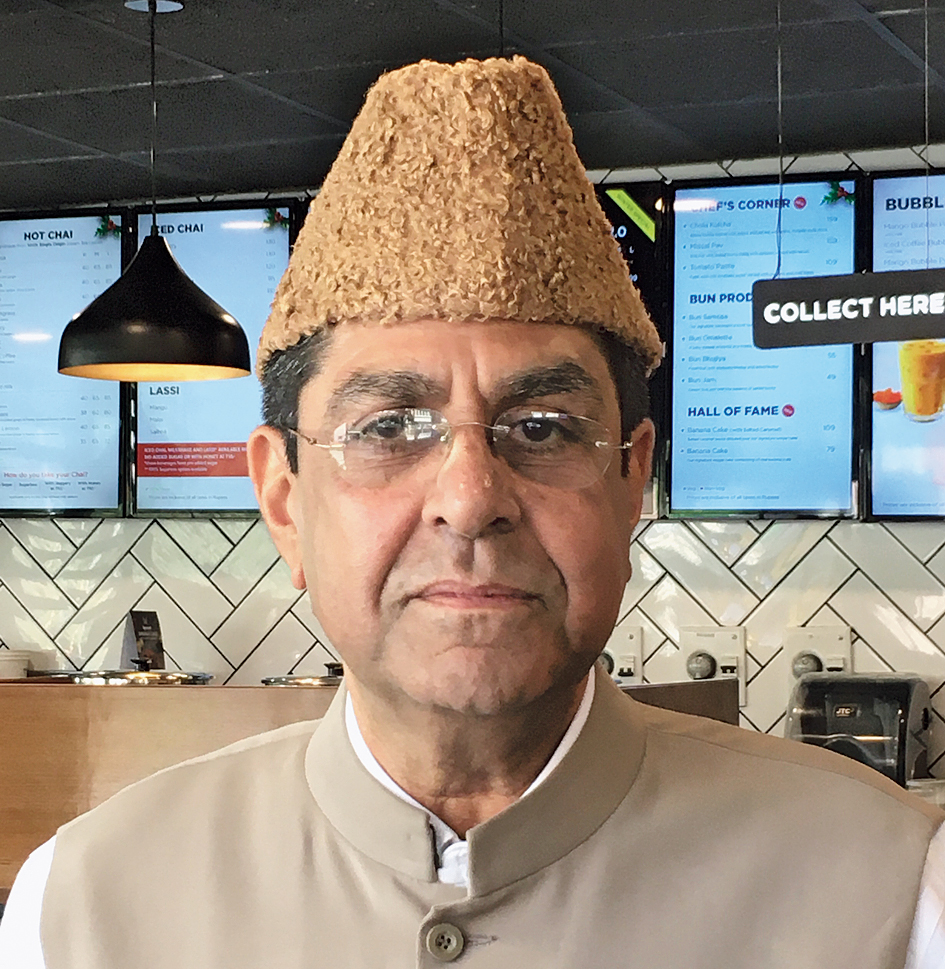 Muslims have overcome their initial fear after the government’s citizenship drive, heartened by the sight of people from other religions joining hands to back the community, a senior Indian Union Muslim League leader has said.

“The sense of fear that prevailed initially is missing now, thanks to the people who joined hands to oppose the repressive law,” Siraj Ebrahim Sait, League national secretary and member of the All India Muslim Personal Law Board, told The Telegraph.

Sait, son of Ebrahim Sulaiman Sait who had founded the Indian National League that later merged with the IUML, saluted the protesters.

“This spontaneous reaction from people from all communities, especially the youths and students, has been fantastic,” Sait, who lives in Bangalore although his party’s area of influence is Kerala, said.

“Look at Shaheen Bagh. I salute the courage of the people, young and old. Women are protesting along with their children, braving the weather for a month now. I see it as a harbinger of great things for our country.”

Sait said the movement against the Citizenship (Amendment) Act needed to sustain itself “until the Centre is forced to withdraw the act”, and expressed confidence that it would.

“The BJP and the RSS would be thinking that all this would subside, but I can say the protests are not subsiding,” he said.

“If they (the central government) don’t listen now, the time will come when they will have to listen. How long can they pretend that everything is fine?”

Sait said the BJP and its government at the Centre had taken Muslims for granted for a very long time without realising they would raise their voice one day.

“All this happened because the BJP government took us for granted. They tried all sorts of things. They first brought the law against the (instant) triple talaq. Then they abrogated (provisions of) Article 370 and then came the (Supreme Court’s) Babri Masjid verdict,” he said.

“Keeping quiet was our biggest blunder as fascists always thrive on the silence of society. That’s why the BJP didn’t expect such an intense resistance when they enacted the CAA.”

Sait, who has been participating in the protests, stressed that the movement must not be seen as a Muslim issue.

“This is a movement against a repressive law that would eventually affect other communities too,” he said. “This not a religious issue, but an issue about the unity of our country.”

Like many other activists and politicians, Sait called for a united movement with the participation of all the secular political parties.

“This has to be a secular, democratic and non-violent movement. It’s necessary that all the secular parties join forces,” he said.

Without mentioning names, Sait said that those thinking they can fight this battle alone would end up helping the BJP.

“It would be good if the Congress got in touch with all the secular parties to form a single platform based on collective leadership,” he said.

“Containing the egos of certain leaders would be imperative to achieve that kind of unity against the BJP.”

“I think the Congress should take the initiative to bridge the differences. If they can manage the Shiv Sena, why not the Biju Janata Dal or Trinamul or JDU?” Sait said.

Although the League is a constituent of the Congress-led United Democratic Front in Kerala, Sait lauded chief minister Pinarayi Vijayan and his Left Democratic Front government for their “bravery in moving a resolution seeking withdrawal of the CAA and then moving the Supreme Court (against the act)”.