With a general election next year, the party cannot afford to have any dissidence in Kerala 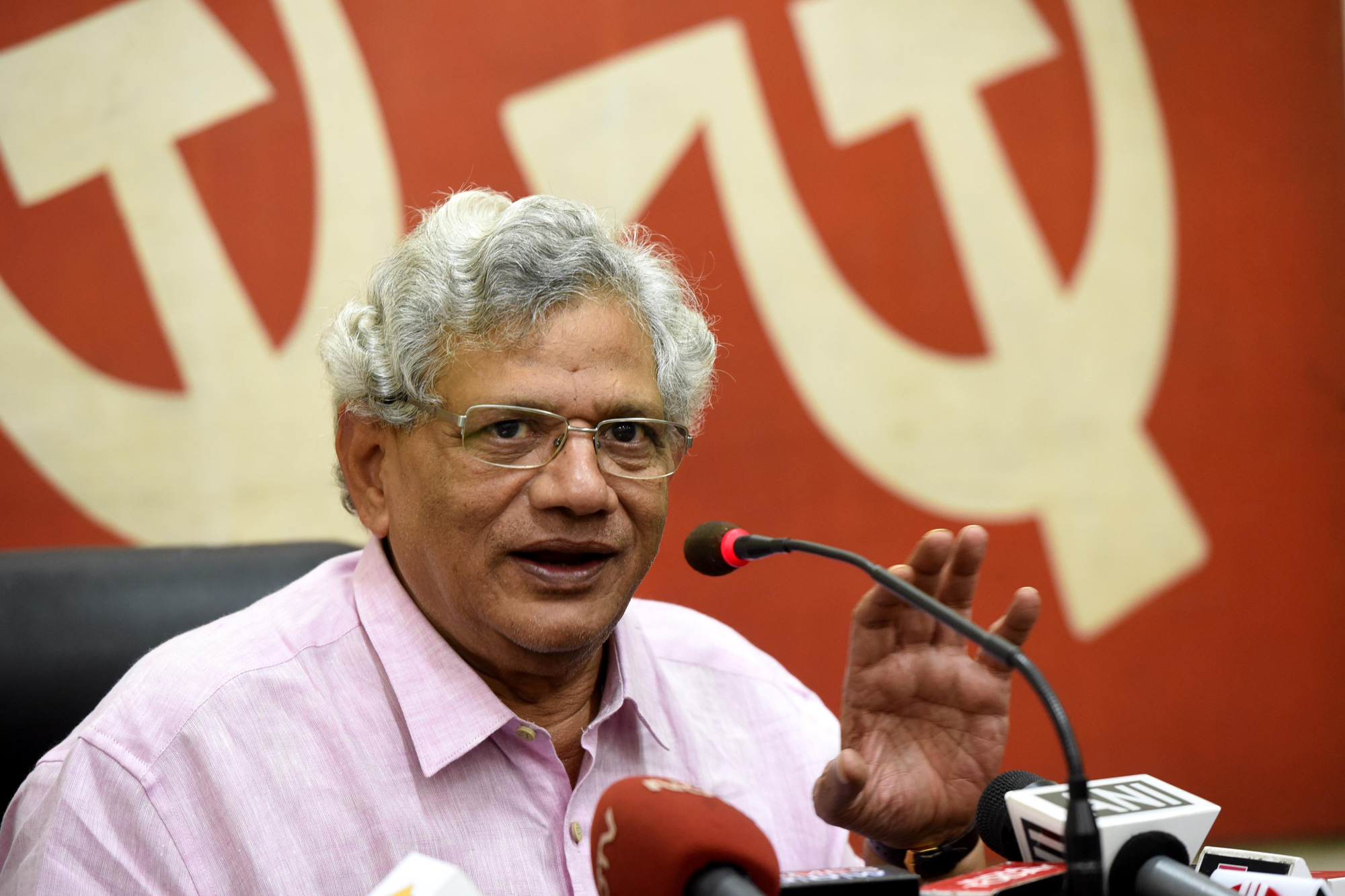 Party general secretary Sitaram Yechury has apparently suggested that Shoranur MLA P.K. Sasi not be given any position in the party immediately at the end of the suspension period.
The Telegraph picture
Santosh Kumar   |   New Delhi   |   Published 25.12.18, 10:11 PM

The CPM’s summary sacking of its Karnataka state secretary on charges of “serious misconduct” last week has sent ripples across the border in Kerala’s Palakkad district, where a party MLA was given only a six-month suspension over somewhat similar charges.

The party central committee decided to remove veteran G.V. Sreerama Reddy “from all elected positions in the party” through a vote on the same day it ratified without discussion the brief suspension of Shoranur MLA P.K. Sasi.

Sasi has not been asked to resign from the Assembly and continues as president of the party’s trade union wing Citu’s Palakkad district committee.

While the central disciplinary committee looked into the allegations of sexual misconduct and irregularities in the maintenance of accounts against Reddy, a central committee member and party worker for nearly five decades, Sasi was probed by a two-member panel set up by the Kerala unit.

In neither case did the party reveal the exact nature of the complaints. In Sasi’s case, there was a mention that he had spoken to the complainant, a party youth worker, in a language “not befitting a party functionary” during a phone conversation.

The vast difference in the volume of punishment has baffled many in the CPM’s Palakkad unit who had hoped the central committee would overrule the state unit and demand more stringent action against Sasi.

Party general secretary Sitaram Yechury has apparently suggested that Sasi not be given any position in the party immediately at the end of the suspension period. But no clarification has come from the central committee about any future action against Sasi.

Party veteran V.S. Achuthanandan and the complainant herself had written to the central leadership saying the punishment the state unit had handed out to Sasi was too light.

In her second letter to Yechury, the complainant had highlighted that the probe panel “did not consider” her charges of molestation against Sasi.

The state unit had dithered for months before suspending Sasi. It had allowed him to preside over key party events in the district even while the inquiry was on. One such event saw him leading the party’s “renaissance yatra” in the district, surprising many.

The central committee, however, threw its weight behind the state unit and even Yechury was quoted as saying the party had taken the utmost action possible against Sasi.

Insiders say the state unit had convinced the central committee that the complaint against Sasi was part of a larger conspiracy and raised the bogey of the revival of factionalism within the party.

The Kerala CPM had in the past suffered because of the rivalry between Achuthanandan and current chief minister Pinarayi Vijayan.

At the height of the feud in 2007, the party had temporarily suspended Achuthanandan, then chief minister, and Vijayan, then CPM state secretary, from the party’s highest decision-making body, the politburo, “for their public spat in violation of party norms”.

With a general election next year, the party cannot afford to have any dissidence in Kerala, the only state where it can hope to win at least 10 Lok Sabha seats.