The article, later retracted, compared risks and benefits of vaccines without sufficient information, at a time countries had been struggling with jab hesitancy 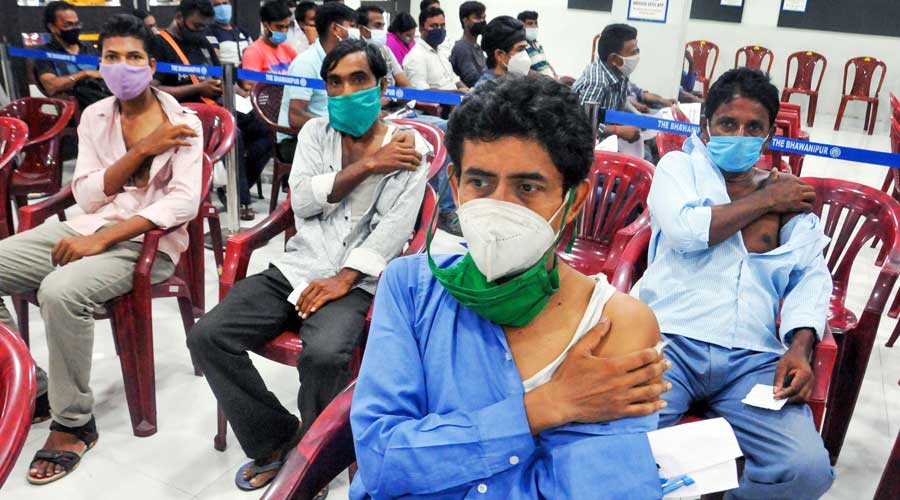 What was this paper all about and what were the issues? The paper had claimed: “Covid-19 vaccines have had expedited reviews without sufficient safety data. We wanted to compare risks and benefits.”
File picture
Partha Majumder   |   Published 12.07.21, 01:43 AM

A scientific report published on June 24 this year in a renowned international journal, Vaccines, was accessed online by over 400,000 readers by July 2.

That comes to well over 40,000 readers per day. The study was carried out by three scientists from institutions in Poland, Germany and the Netherlands. However, four days after its publication, the journal issued an “expression of concern” to alert readers to significant concerns regarding the paper.

The drama had started immediately after the paper was published. One after another, scientists who were associate or section editors of the journal had begun to resign. I have never seen such a phenomenon in my scientific career, spanning over four decades. Vaccines is a respectable journal from a well-known publisher — the Multidisciplinary Digital Publishing Institute, Switzerland.

What was this paper all about and what were the issues? The paper had claimed: “Covid-19 vaccines have had expedited reviews without sufficient safety data. We wanted to compare risks and benefits.”

Usually, it takes a long time to assess the various aspects of a new vaccine — most importantly that of safety for the individual recipients of the vaccine, based on data collected from a large number of people administered with the vaccine — before it is launched.

During the pandemic, the new vaccines were rolled out in a hurry with some assessment of their safety and efficacy, but not in as much detail as would have been done under normal circumstances.

The authors used two large data sets (Israeli and Dutch) and concluded: “For three deaths prevented by vaccination we have to accept two inflicted by vaccination. This lack of clear benefit should cause governments to rethink their vaccination policy.”

Scientists went ballistic on reading this. Of course, if the data supported this conclusion, there was cause for worry. But the data did not. The study was flawed because, among other reasons, the authors had assumed that every death that occurred after vaccination was because of the vaccination. This is obviously not true, especially because many vaccine recipients are likely to be aged or have co-morbidities.

This episode is both to be decried and to be celebrated. Decried because the authors did not use the critical methods of modern science for their conclusions. Celebrated because science is self-correcting, even if through the use of drastic measures by scientist peers, as in this instance.

Incorrect conclusions drawn by scientists can impact civil society adversely. Vaccine hesitancy is a major problem in controlling the spread of SARS-CoV-2, the virus that causes Covid-19.

Vaccines are a sure way of preventing the spread of the coronavirus. If a substantial proportion of a population is vaccine hesitant, the coronavirus will continue to circulate in the population. The more it circulates, the greater the chance it will change its character and become more ferocious, as we are seeing with the Delta variant.

Vaccine hesitancy arises primarily from fear and misinformation. Much has been written about vaccine hesitancy in India. The proportion of hesitant people varies across populations and can be as high as 20 per cent. Incorrect conclusions expressed in studies by scientists can fuel vaccine hesitancy.

In India, such incorrect conclusions can be a double whammy. There is already a dearth of vaccine doses in our country, and any addition to vaccine hesitancy will further increase the circulation of the coronavirus. Fortunately, the self-correcting nature of science prevents the spread of incorrect information, as in the case of the present retraction.

Partha Majumder is the National Science Chair, Govt of India