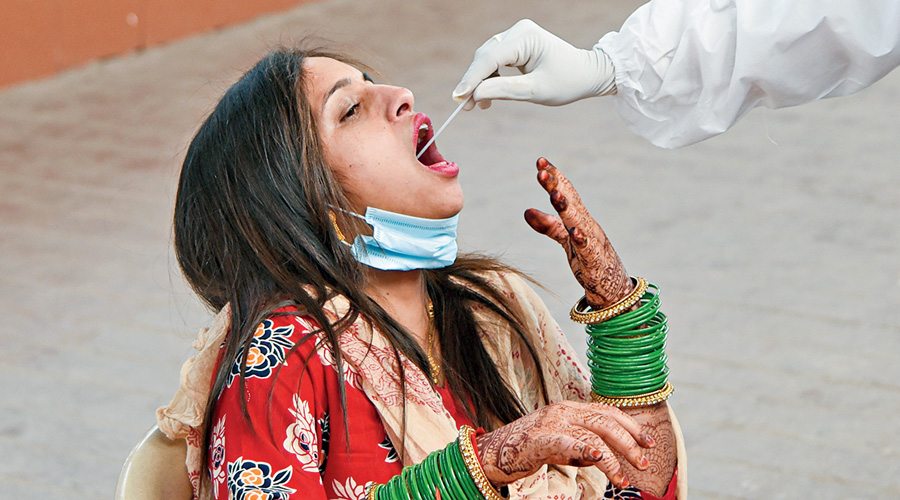 India’s health ministry reported over 40,000 new Covid-19 cases on Saturday, raising the count of patients by over 17,000 in a single day after a week during which the spread of the virus was the fastest since August.

The 40,953 lab-confirmed Covid-19 cases, over 25,000 in Maharashtra alone, documented till 8am on Saturday increased the number of patients under medical supervision to over 288,000 from around 271,000 a day earlier, the health ministry said.

The daily new cases are rising in eight states — Maharashtra, Tamil Nadu, Punjab, Madhya Pradesh, Gujarat, Karnataka, Delhi and Haryana — the ministry said. In Kerala, the epidemic has shrunk with the seven-day average of daily new cases down from over 4,400 a month ago to about 1,800 on Saturday.

“Except in Kerala, we see exponential growth back in almost all the 16 states that have the largest numbers of active cases,” said Sitabhra Sinha, a senior scientist at the Institute of Mathematical Sciences, Chennai, who has been tracking the epidemic’s course over the past year.

Sinha’s calculations show that the effective reproductive number or R — a measure of the speed of transmission of the virus — for India as a whole has increased to 1.19, the highest since August. Any value above 1 represents an exponential growth.

“Five among our major metros also show exponential growth with R values greater than 1,” Sinha told The Telegraph. Pune has the highest R with 1.36, followed by Mumbai with 1.28 and Chennai with 1.20. Calcutta’s R value was 1.05 between March 12 and 17, rising from 0.76 during December-January.

India’s Covid-19 epidemic curve displays the start of a second wave, which some epidemiologists had believed was unlikely while others had said was inevitable once the virus began spreading among pools of susceptible people in the smaller towns.

Experts said the current wave’s peak and duration would depend on the efficiency of the measures to curb the spread of the virus.

“The size of the peak will depend on whether people adhere to the protocols to protect themselves and on the efficiency of the containment measures,” said Oommen John, a physician and senior research fellow at The George Institute for Global Health, New Delhi.

No vaccine for IPL-bound players