Narendra Modi announces jabs for 15-18 years, booster for 60 plus 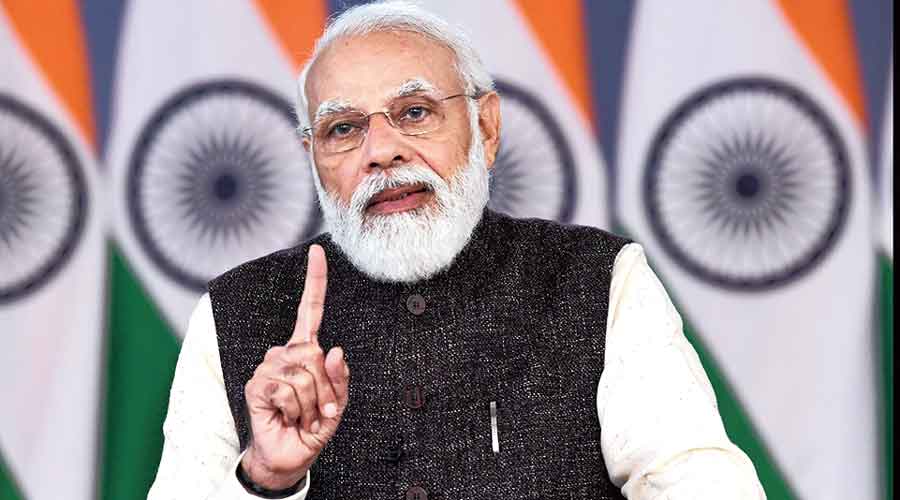 India will offer Covid-19 vaccination to adolescents between 15 and 18 years and booster doses to healthcare and frontline workers, and people aged 60 or older who have co-morbidities, starting in January, Prime Minister Narendra Modi announced on Saturday.

In a televised address to the nation, Modi said India would open the vaccination campaign to minors aged above 15 from January 3 and introduce “precautionary” vaccine doses for healthcare and frontline workers and vulnerable populations at risk of severe disease from January 10.

The announcements come amid fears of omicron-fuelled Covid-19 surges and demands from sections of the country’s medical community that India introduce boosters for at least high-risk population groups — healthcare workers who have high exposure to the virus and the elderly with co-morbidities who are at risk of severe disease.

“There were three announcements — each one will take us a step closer to expanding population levels of protection,” said Giridhar Babu, an epidemiologist at the Indian Institute of Public Health, Bangalore, and one of the experts urging boosters for high-risk population groups.

The Union health ministry is yet to outline details of the vaccines for children and the boosters, but experts expect the children’s immunisation will use Covaxin from Bharat Biotech and the DNA-vaccine from Zydus Cadila. Both have been approved for the 12-to-18 age group.

Modi’s announcement of boosters for high-risk population groups — widely welcomed by the medical community — appears to reflect what some experts view as a rapid rethink of the country’s position on booster doses.

The introduction of boosters would mean India would need to access an additional 500 million to 600 million vaccine doses, based on estimates by the government last year that healthcare workers and vulnerable groups make up 250 million to 300 million people.

Multiple countries — Australia, China, Israel, Japan, South Africa, the UK and the US, among others — have already introduced boosters for either all their adults or for vulnerable groups. India’s silence on boosters until Saturday had been viewed by some experts as puzzling.

Covid surges ahead in Delhi