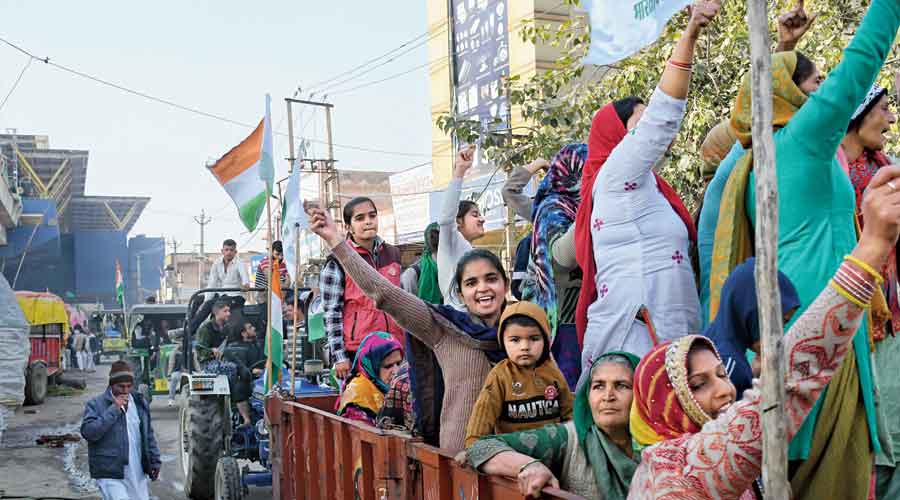 Prime Minister Narendra Modi on Sunday said the “country was saddened by the insult to the Tricolour on January 26 in Delhi”, appearing oblivious to the fact that the man accused by farmers of perpetrating the Red Fort chaos had been seen posing with him in a picture earlier.

“Amidst all this, the country was saddened by the insult to the Tricolour on January 26 in Delhi,” Modi said in his monthly radio address Mann ki Baat.

However, this was the only reference the Prime Minister made to the Republic Day violence. He broached the topic while talking about the Indian cricket team’s series win in Australia, terming the victory “inspirational”.

Deep Sidhu, an actor who was present at the Red Fort when the flags were put up, has been seen in pictures with BJP leaders, including Modi.

Police are yet to locate Punjabi actor and pro-Khalistan activist Deep Sidhu who is accused of inciting farmers to deviate from their assigned route and storm the Red Fort on Republic Day.

The failure to nab Sidhu is in sharp contrast to the police action against several journalists over the past few days.