Advertisement
Home / India / Could there be war between India and China?

Could there be war between India and China?

The most recent flare-up of 2017 was in the Doklam area, which is in the vicinity of the India–China–Bhutan trijunction 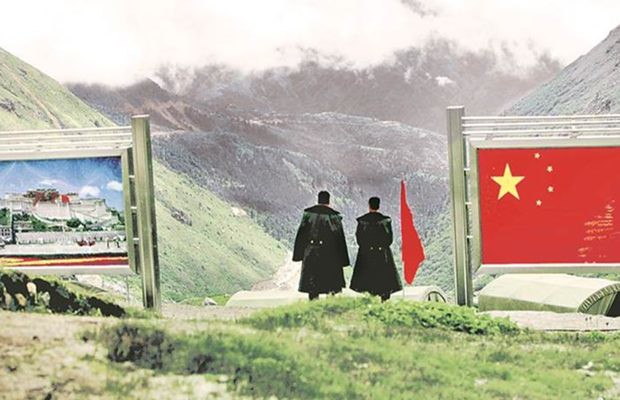 The India–China relationship can be extrapolated from the scenario of a fight between two tigers over territory. In such a fight both end up severely mauled and bloodied
Flickr
J J Singh   |   Published 24.07.19, 11:04 AM

The Chinese have, over the years, been changing the goalposts as far as their boundary claims are concerned. In 2011, Wen Jiabao was reported to have remarked that ‘it may not be possible to ever fully solve the boundary question’. Pending finalization of the boundary, the existing LAC could be termed as the working boundary and maintenance of peace along the border ensured. The clarification and subsequent demarcation of the LAC based on the actual situation on the ground must be accorded the highest priority in the interests of both countries. The current global security and economic situation demands that India and China consult and show greater inclination to work together and manage the differences that exist rather than adopt an antagonistic approach. Despite the major upheavals in international power equations since the end of the cold war, ‘Beijing has stuck to the belief that there are more opportunities than challenges for China in today’s international environment.’ That is India’s position too. During the past three decades in particular, we have shown our ability to deal with difficult and seemingly intractable issues in a mature and pragmatic manner. Even the boundary and water issues are being handled with political sagacity and diplomatic finesse, though it would be unrealistic to expect quick results. Recently, India and China agreed to hold a bilateral dialogue on maritime issues. One must realize the impact of people-to-people contacts, which are rapidly increasing as a result of enhanced trade and tourism. For example, there are over 18,000 Indian students in China today, which is more than those studying in the UK and is unprecedented although not large enough. Of late many students are opting to learn Mandarin or other Chinese languages in universities and even schools. This congruence will grow in the years to come. It would be reasonable to assume that a similar situation exists in China, although there are fewer Chinese students in Indian universities than Indians in Chinese schools. Besides that, there are 25,000 IT professionals presently working with Chinese companies in China.

Many Indian strategists have been predicting a war between China and India. First it was supposed to have happened after the Beijing Olympics, then it was forecast to take place in 2012, and a few speak of 2020 now. Some of these analysts haven’t been to the high Himalayan regions on either side of the frontier zone or have merely undertaken whistle-stop tours in fair weather! To comprehend the true dimensions of fighting a war in this region, one has to see the conditions in these parts during the freezing winters when the snow, the blizzards, the high attitudes and permafrost conditions make life impossible; or during the monsoons when it rains for days on end and even small streams become raging torrents, washing away bridges and entire sections of roads. The challenge of geography in such areas can be devastating. Glibly talking of the two countries going to war is irresponsible and baseless, unless there is concrete evidence of a military build-up and concentration of forces.

India is the only country in the developing world with the potential to match China’s growth and capabilities. The India–China relationship can be extrapolated from the scenario of a fight between two tigers over territory. In such a fight both end up severely mauled and bloodied, as happened in the ruinous wars between Athens and Sparta that went on for decades before ending in 5 b c. No one is the winner, and both adversaries are likely to suffer the pain of their wounds for years, resulting in a zero-sum game. The emergence of two potential global players from Asia would definitely tilt the balance of power in favour of Asia; therefore there is the belief in some quarters that other world powers might be content to see China engaged in a race for dominance with another rising Asian state such as India, as it would help to maintain the balance of power internationally.

However, the greatest challenge for both India and China in the forseeable future is to raise the socio-economic condition of millions of their underprivileged citizens and to improve basic infrastructure in their remote interior areas. Therefore, a conflict between the two nations would not be in the national interests of either. Although the Great Himalayas are a formidable barrier, going in an arc from the north-west of India to its north-east, at some places there aren’t easily identifiable watersheds or the continuity of the mountain chain is broken, resulting in differences in perception as to where the border lies. This is particularly so where there are tri-junctions of the boundaries or major rivers cutting across from Tibet to the Indian plains and entering river basins; these are the precise areas that make boundary definition such a problem.

Hence, many of the disputed pockets are located where the McMahon Line crosses river valleys such as Namka Chu, Sumdorong Chu, Longju or Dichu (Walong sector). The most recent flare-up of 2017 was in the Doklam area, which is in the vicinity of the India–China–Bhutan trijunction. These differences need to be resolved peacefully by dialogue, until which time both countries must ensure that the status quo is maintained. Therefore, early resolution of the boundary dispute should be accorded the highest priority, without in any way impacting the other multidimensional engagements taking place between India and China. A solution to the boundary issue will have to be found not by experts or geographers but at the national political level. Before taking any decision regarding mutual adjustment and accommodation, the people of both countries need to be sensitized about the matter and be made aware of the reality on the ground.

The most recent flare-up of 2017 was in the Doklam area, which is in the vicinity of the India–China–Bhutan trijunction. These differences need to be resolved peacefully by dialogue, until which time both countries must ensure that the status quo is maintained
Wikipedia

Importantly, the underlying ‘trust deficit’ between the two countries needs to be addressed and the strategic cooperative partnership strengthened. China is very sensitive to the presence and activities of the Dalai Lama and his government-in-exile in India. Although India has made it clear that the Dalai Lama will not be allowed to carry out any political activity from Indian soil, the Chinese suspect an Indian hand whenever there are disturbances in Tibet, as was the case in 2008–09.

During the visit of the Dalai Lama to Tawang in April 2017, the Chinese raised a massive hue and cry. It was purely a monastic visit, yet China warned India of consequences. The Chinese reaction was to invent and announce Chinese names for a few places in Arunachal Pradesh in an attempt to reinforce their claim to a large part of the state. India has learnt to stand firm in such matters. At a conference during March 2018 at Dharamsala, the Dalai Lama stated: ‘We Tibetans, for example, are not seeking independence’ and would like to have a ‘connection with China’ and ‘live with respect’. One hopes that such a statement would help to allay the apprehensions of the Chinese and mend the fence with them. In the near and mid-term future, I believe the way forward for both China and India is positive and constructive engagement in bilateral and multilateral issues, setting aside the boundary issue. As responsible emerging powers, both nations must endeavour to find common ground and play their role in the shaping of a new world order at forums such as the UN, G20, BRICS, SCO, ASEAN, BCIM and international financial organizations.

Extracted from The McMahon Line -- A Century of Discord by J.J. Singh with permission from Harper Collins India