What if an unmanned vehicle were to fly low across the nation? What would it see? 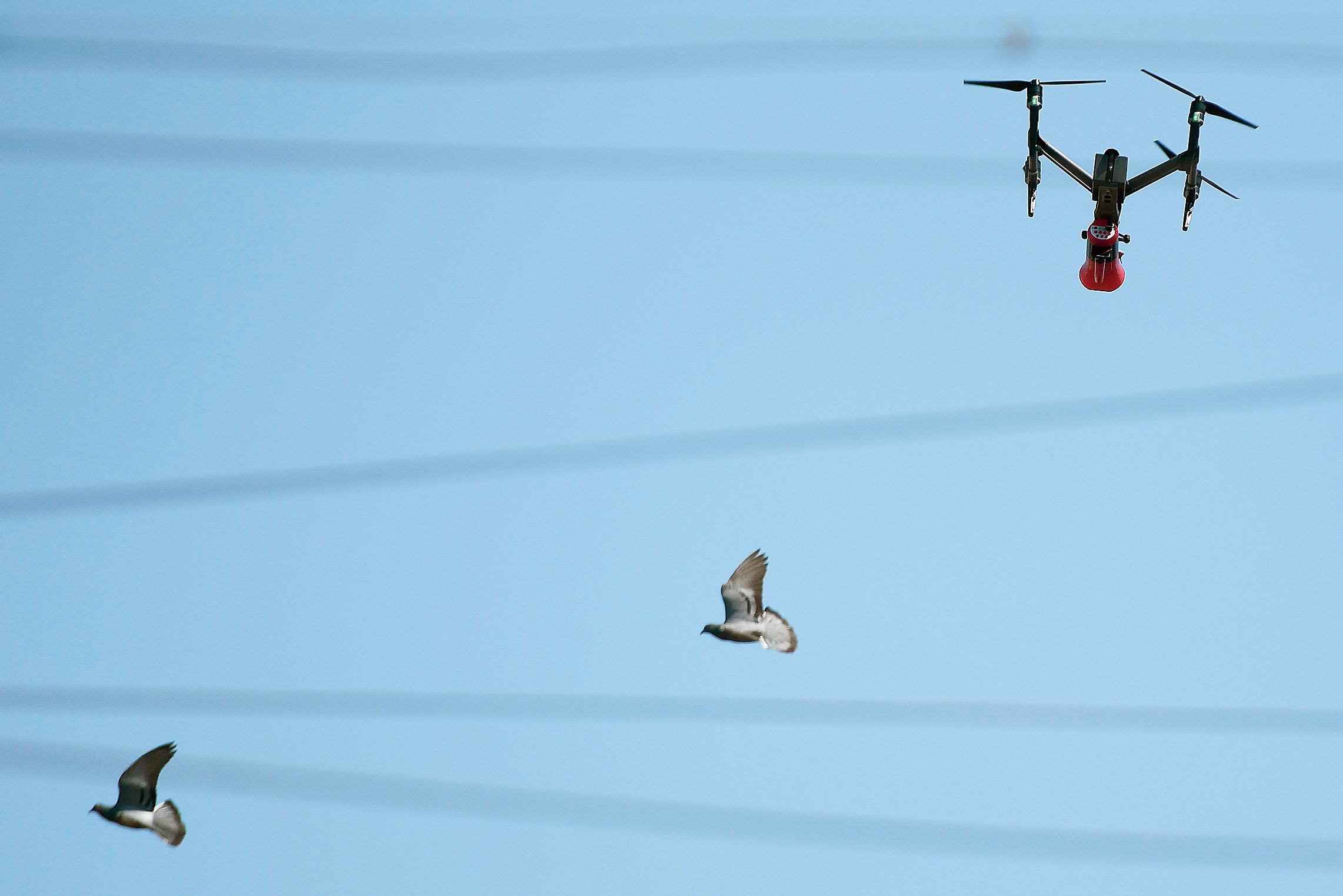 The Ganges looks healthy. Picking up on improved parameters — dissolved oxygen, biochemical oxygen demand, coliform level, pH. The cow in some parts of Maharashtra is experiencing a change in diet — strawberries and broccoli. The daily crowding around the rear of the animal to collect the straw-coloured excreta has abated. The crowds now seem to bunch up around tenements with a red cross on them or tenements stocked with white, red and yellow grains, and open stalls with green supplies.

The countryside is streaming green and gold. Field after field is ripe of crop — wheat, mustard, chickpea. But where are the men and women to harvest? Even the machines with teeth to do the job are few. Empty tea gardens. Ungathered betel leaves in Bengal’s East Midnapore. New and hitherto undetected activity in certain pockets. Punjab. Flower growers are crushing lillies, gladioli, marigolds, statices, matthiola, snapdragons under machine wheels. Stirrings inside the cinchona plantation in Mungpoo, Darjeeling. Kashmir. Ram-rod poplars falling to the ground, one after another.

One man also fell to the ground in the South Kashmir town of Sopore, from gunshot. Regular detected activity. Happened in Keran in Kupwara too. Image capture soon after Sopore — a swarm of men outdoors.

Anand Vihar draws large crowds and then pushes out steady human streams in different directions. Then some of these streams start to flow back in slow motion to the point of emergence. So there is Movement A, from Anand Vihar to Bulandshahr, Bareilly, Jhabua, Ganjam, Champaran, Agra, Gorapur. And similar movements. From Gurgaon in Haryana to Sidamai in Uttar Pradesh (UP). From Ahmedabad in Gujarat to Rajasthan. From Ludhiana in Punjab to Araria in Bihar. From Chennai in Tamil Nadu to Purulia in West Bengal. And then, Reverse of Movement A.

India’s highways nearly scrubbed clean of vehicular traffic, but there is intense human traffic. A five-year-old covers 700 kilometres. A 26-year-old walks 250 kilometres. They are missing footwear usually seen in long-distance walkers. A 39-year-old walks 300 kilometres and collapses in Agra while on his way to Morena in Madhya Pradesh (MP) from Delhi. He does not get up again. Others come under reckless speeding vehicles.

When some of these groups reach their destination they are made to squat and sprayed down with liquid jets by men in uniform. Data check. Liquid composition — sodium hypochlorite solution. Not meant for human contact at all. Are these clusters not human then? Scanning. Heart beat. Check. Breathing. Check. All other human attributes. Check.

The coasts look solid from a height. Zoom in. Khaachak. Trawlers and smaller vessels anchored. Hundreds of them along the western coast of Maharashtra, at Erayumanthurai near Thengapattanam fishing harbour, along the Bay of Bengal. Vessels full of men, not appearing to venture into the waters, seemingly unable to come on to land. Many of them emptying catch back into the sea. Reverse Movement B. File. Save. In Eastern India, the shores are lined with millions of ovals emanating from sea creatures known as turtles.

Off roads, off the waters, those mainland areas still witnessing human footfall seem to be breaking out into geometric shapes. New Delhi. Ahmedabad. Vijayawada. Calcutta. A human in every geometry, that seems to be the prescribed norm. Tracing the beginnings of this practice. Bringing up datapile. Shuffling gigabits. March 22. Nearly all of India is indoors all day. Beginning March 25, change in pattern of outdoor life. Within days geometric shapes appear. It seems there must be a certain distance between one human and another, at least when everyone is looking. Also noted how human faces have grown a second, loose layer of skin. Detachable skin that goes by the name of mask. Masks seem to be mandatory for civilians, for men in khaki supervising compliance, figures in fatigues. But in the large solid circle in New Delhi where men and women continued to gather in clusters till March 23 there was either one or none.

Large gatherings in Gwalior, MP, around this time, alongside loud cheering noise. Figures holding hands. But in a fortnight’s time the scene changes; that geography exhibits signs of chaos. Today, most decision-making chambers of the state are empty. And a man in a white coat just stopped breathing.

The White Coats are working round the clock. It is not raining but they have on rain gear. They are indoors but they have on goggles. They are not bathing but have shower caps on. They are moving around afflicted men, women and children, wearing harried expressions but no masks. But leaders of men are wearing masks for video conferences.

Old word uttered with new urgency — test, test, test. Scanning for activity to match word. But no discernible activity, only collective hum. Testtesttest. In the adjacent vast geography of UP, man in saffron sighted leading a gathering, conducted indoors. A blue patch in the other contiguous geography of Maharashtra. Zooming in. Unscrambling. The blues separate and turn into tarpaulin covered shanties. Dharavi is the name assigned to this geography. Area — over 2.1 square kilometres. Population — 7,00,000. Population density — 2,77,136/sqkm. On April 1, a human, male, living in a 320 sqft tenement stops breathing. A group of five with writing equipment reaches the place and then starts to circulate among the community. Frenetic phone activity thereafter. Comings and goings of white four-wheelers emitting a high-pitched sound. The next four days many more stop breathing here and everywhere else. No data to stream, only smoke over the riversides.

By now the overpowering community hum is TablighiTablighiTablighi. In Mumbai. In Guwahati, Pune, Mangalore. On the lips of men wielding cricket bats when there’s not a match on schedule. One such bat shoves me against a tenement and I find myself pasted to the window. But what is this? Matchboxes overflowing with humans. Is this where a population of 1.3 billion has disappeared along with a code of conduct?

Apparently not all of them because I spy men who have walked from Kerala to Pipalguda in Odisha now living outside the village. Some others who have returned to Balarampur in Bengal’s Purulia district are living in trees. Climbing down for meals and the day’s ablutions. The leopard has descended from its perch too and is roaming the Indian Air Force base at Bihta near Patna. The black panther and sloth are taking a tour of Drummulla in Coonoor. And herds of elephants are ambling down the roads of Karnataka.