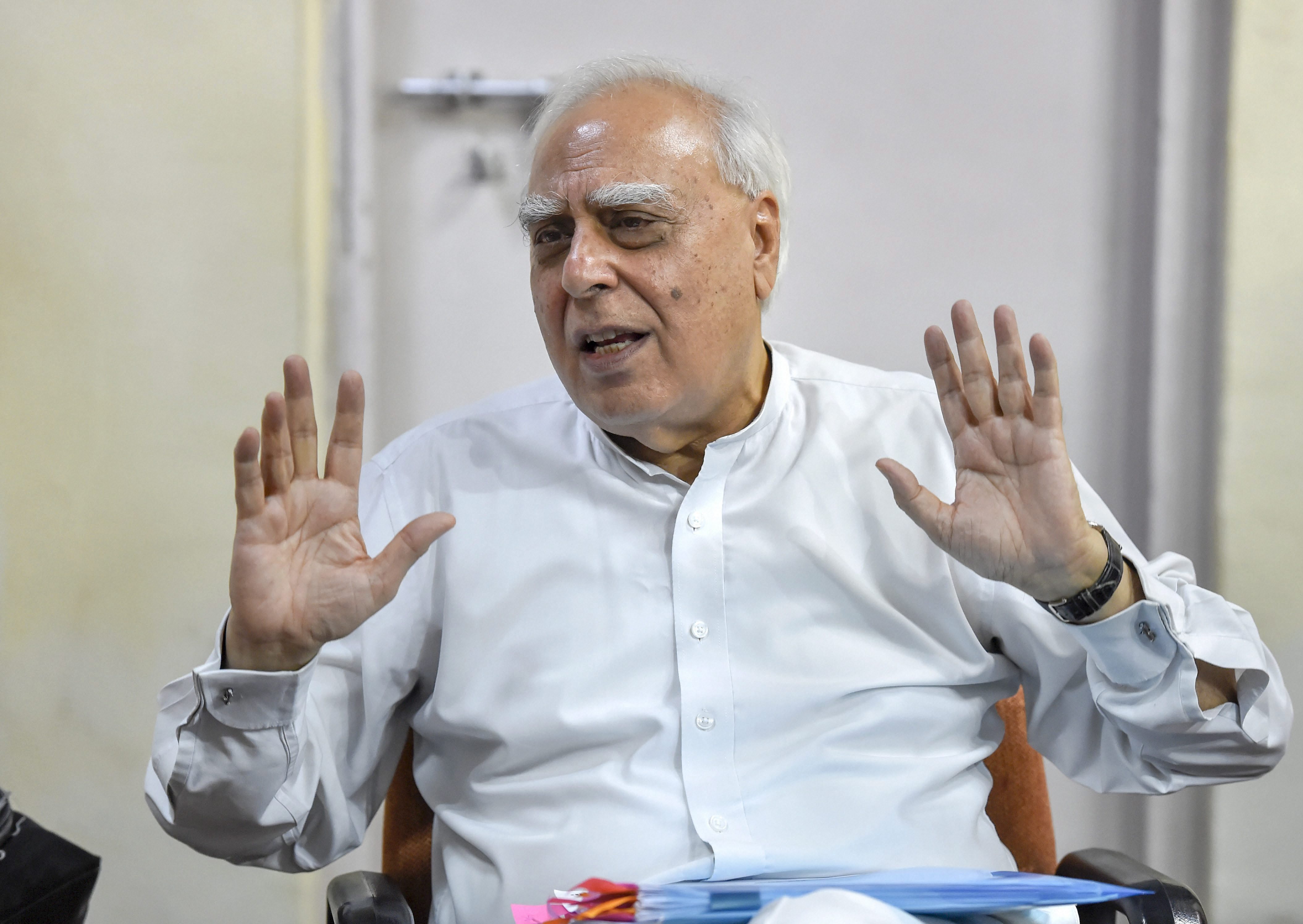 “Public functionaries must conduct affairs of the state in accordance with the Constitution and the laws. That is why none is above the law,” Congress spokesperson Kapil Sibal said.
PTI file photo
Our Special Correspondent   |   New Delhi   |   Published 25.04.20, 09:58 PM

The Congress on Saturday castigated the Narendra Modi government for its ad hoc handling of the Covid-19 crisis, highlighted by the sudden lockdown, saying it should have instead prepared a “National Plan” as stipulated by the National Disaster Management Act 2005.

It stressed that the act also envisaged a specific fund for a national disaster but the government had chosen to set up the PM-Cares Fund outside the purview of the law.

“Public functionaries must conduct affairs of the state in accordance with the Constitution and the laws. That is why none is above the law,” Congress spokesperson Kapil Sibal said.

“Rule through diktat by men belonged to another era. Our country deserves better.”

While announcing the lockdown on March 24, the Centre had invoked the 2005 act, which empowers the home ministry to issue binding guidelines to the states during a national disaster. But the Congress feels the act’s provisions are being used selectively to exercise authority but escape responsibility.

Under the act, a National Disaster Management Authority has to be constituted, to be headed by the Prime Minister and aided by a National Executive Council (NEC) headed by the Union home secretary.

“Section 10(2) of the (act) authorises the NEC to assist the Authority in the discharge of its responsibilities under the act,” Sibal told the media through videoconferencing.

“The NEC under Section 10(2)(b) is to prepare the National Plan to be approved by the Authority. Where is the plan? Different ministries submit their requirements to the NEC, which is reflected in the plan. The World Health Organisation declared... a pandemic on March 11 and the lockdown was announced on March 24. But the plan is not yet ready.”

Sibal insisted that the law made a National Plan mandatory.

“Section 12 of the act says the Authority shall decide minimum standards of relief — shelter, food, drinking water, medical cover and sanitation for the affected persons,” he said.

“It will also decide special provisions for orphans and widows, compensation for the dead and relief for those who lost jobs. Section 13 deals with grants and loans on concessional terms. The government was duty bound to formulate the National Plan but strangely it has maintained conspicuous silence.”

Sibal alleged the Centre had delegated its own responsibilities to the states in the absence of a National Plan.

“The states do not have resources. (Their) sources of revenues have dried up in the lockdown. Our Prime Minister’s limited role, so far as we can see, is addressing the nation from time to time,” Sibal said.

“He is talking to panchayats. Motivating people is good but there has to be an action plan to deal with the problems. States have committed expenditures. The economy is slipping into recession. There could be serious difficulties in future. Where is the plan to deal with such a situation?”

Sibal went on: “The specific directions mentioned in the March 29 advisory of the home ministry requiring employers in industry, shops and commercial establishments to make payment of wages to all workers on the due date is not even provided for under the law. This is because under the act, it is the responsibility of the Union government to ensure that during the period of lockdown, as a relief measure, salaries are paid out of the funds available with the Union.”

He added: “Section 46 of the act talks of a National Disaster Response Fund (NDRF). Such a fund was established on September 26, 2010. We need to know the quantum of money available in that fund for meeting the situation the country is confronted with. This fund, apart from amounts appropriated by Parliament by law, can also receive grants made by any person or institution for the purpose of disaster management.”

Sibal further said: “The Prime Minister has set up a PM-Cares fund. That is precisely the money that is to go to the NDRF for relief and rehabilitation of those affected by the lockdown.

“The purpose of setting up PM-Cares should be made public when private donations can be made to the NDRF. Otherwise, the motive for setting up PM-Cares may evoke suspicion. Even more disturbing is that PM-Cares, instead of being governed by a statute, as contemplated by the act of 2005, is set up as a public trust. One wonders whether laws enacted by Parliament are meant to be followed or disregarded by governments.”