Advertisement
Home / India / Why no corporate can match Banerjee’s Rs 10,000

Why no corporate can match Banerjee’s Rs 10,000

The 82-year-old, who retired from Dinabandhu Mahavidyalaya in 1998, wrote out a cheque in favour of the Chief Minister’s Relief Fund 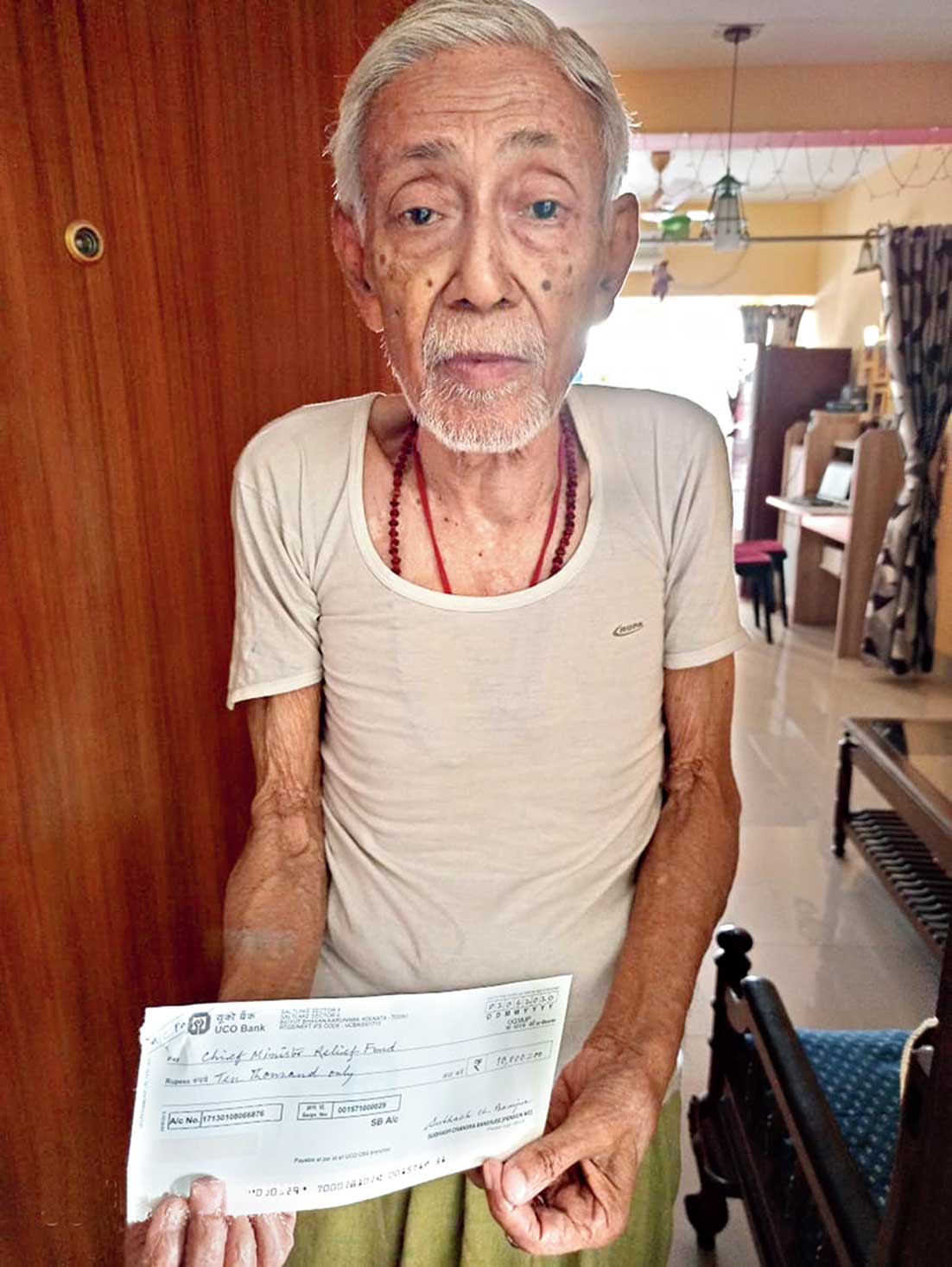 When an octogenarian waved down a police patrol from his window on Saturday, the officers thought he wanted some help. The police team was taken aback when they heard about the real reason.

The 82-year-old former college teacher introduced himself as Subhash Chandra Banerjee. He stays alone in a flat behind Dum Dum airport and lives on a pension.

“We had initially thought he was in some kind of distress and we went there thinking that he wanted help,” said an officer who was part of the patrol team from the Airport police station that falls under the Bidhannagar Commissionerate.

Banerjee asked the police team to sit inside his drawing room. The officer asked him why he had called them and whether he needed help.

The retired college teacher told him that he did not need any immediate assistance but he wanted to contribute some money to help combat the Covid-19 outbreak.

“We were taken aback. We got in touch with our senior officers who advised that he could contribute to the relief fund. We then explained that we would wait outside, keeping in mind the social-distancing norms in place,” said the officer.

Banerjee, who retired from Dinabandhu Mahavidyalaya in 1998, wrote out a cheque for Rs 10,000 in favour of the Chief Minister’s Relief Fund.

The teacher later told The Telegraph: “The current situation had me worried, not for my daily supplies, but that I was unable to do anything to help people fight because of the coronavirus outbreak. I was looking for ways to contribute but a man my age cannot do much in terms of physically helping out people. When I saw the police team, I was relieved. I called them and gave them the cheque.”

He added: “I wanted to contribute more as each one of us should step forward in order to help combat this situation. However, I spend most of my pension to buy medicines that I have to take regularly.”

According to the officer, Banerjee had apologised to them for causing them trouble and told them that he could not walk at a stretch and did not know how to use online banking.