Discipline and quick action can thwart the virus 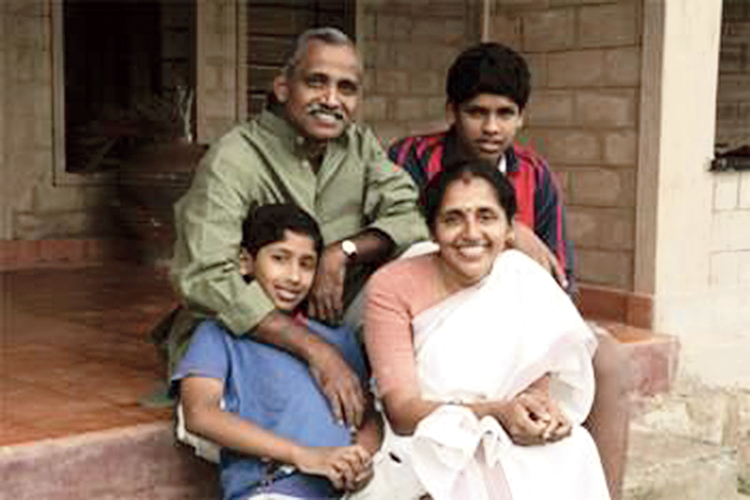 Till two decades ago, Sittilingi was an impoverished, superstition-ridden tribal settlement in one of the country’s 10 poorest districts.

For the 80,000-odd Malevasi tribal folk, whose ancestors had migrated to these foothills of the Kalavarayan range of the Eastern Ghats, the nearest hospital was 100km away in Salem. One in seven babies born here died before its first birthday.

Now, while Covid-19 is causing large-scale death and destruction across the globe, leaving even societies with advanced healthcare systems panicky, the Sittilingi gram panchayat has set an example in how awareness, discipline and quick action can thwart the virus.

Bolstered by the health awareness gained over two decades, Sittilingi strictly enforced social distancing and other scientific modes of vigilance against the spread of the virus within a couple of days of Kerala confirming India's first novel coronavirus case in the third week of January.

“It seems our people in this remote tribal panchayat did better than most small towns or urban areas,' said Regi George, who with his wife and fellow doctor Lalitha George had helped transform the area through their Tribal Health Initiative (THI).

“The moment the community here heard of the pandemic, our panchayat president Madheswari called a meeting and urged the local primary health centre, tribal hospital and other government departments to go into disaster-resistance mode. By the middle of March, we received clear instruction through the panchayat president from the Tamil Nadu health department on how to deal with the emerging situation. Then we have heightened the vigil. Now we have no scare.”

A view of the Sittilingi village

Regi added: “Tribal youths associated with THI had gone through the early newspaper reports about the coronavirus outbreak in Wuhan, China, and interacted with doctors and public health experts associated with us to learn about the remedial measures if it hit our country. Based on what they learnt, they advised the panchayat president and other community leaders about the need for preventive measures. In addition, the state government’s clear directions have also helped as get new direction.”

Lalitha said teams from THI went to all the villages in the panchayat's area and educated the tribal people on the preventive measures against the infection.

“Right from the beginning of March, we made frequent announcements from auto-rickshaws in all villages. Physical distancing was implemented everywhere where people gathered,” she said.

“We marked lines around water taps and ration shops with the help of the panchayat employees. All shops except groceries and some hotels were closed.”

By the beginning of March, the panchayat had begun preparing a list of all the migrants who had returned from other states and ensured they went into home quarantine.

Those who had cough or fever were immediately taken to the Government Tribal Hospital in Salem, which has advanced facilities and a separate fever outpatient department. None tested positive.

Cloth masks made by tribal beneficiaries of THI, which met all the safety parameters, were promoted across the area.

A token system was introduced in the ration shops to avert overcrowding. Hand-washing was enforced, with those entering the villages without washing their hands properly fined Rs 500.

WhatsApp groups were created to keep the villagers posted about the latest global developments relating to the pandemic.

It was all so different in the late 1990s when Regi and Lalitha, who are from Kerala, had arrived in Sittilingi for the first time. Women gave birth in the dirty backyards of their huts.

Regi was from a prosperous Christian family and Lalitha belonged to the Hindu royal family of Kochi. They had met in the medical college where they studied. She became a gynaecologist and he an anaesthesiologist. They decided to forgo urban careers and work in a rural area.

To find a location that needed their help, Regi set out on a road trip through various parts of the country before eventually settling on Sittilingi, with its 95 per cent tribal population. Till the couple arrived, superstition and sorcery supplemented illiteracy and malnourishment there.

The THI began functioning from a mud-hut hospital in 1997. Apart from offering direct medical care, the couple threw themselves into promoting community health in general. In the beginning, it was difficult to convince the tribal women of the advantages of modern medical practices.

With funds from friends and a few grants, THI has grown into a 24-bed hospital with many facilities and a trained staff. Its outpatient department treats 16,000 people a year.

“Women now give birth at the hospital and each pregnant woman gets at least three antenatal checkups. There are no deaths from pneumonia or malnutrition,” Lalitha said.

THI has also helped revive the Malevasis’ dying art of embroidery and is marketing pulses, millets and cereals cultivated by the tribal families.

“We began the fight against Covid-19 as soon as the central and state governments have started soliciting the help of health experts and civil society to fight the pandemic. While comparing with many other parts of the world, Tamil Nadu is combating the pandemic effectively by adopting an inclusive approach. Timely public health interventions of the government have prevented the situation from becoming aggravated,” Regi said.