Indian Academy of Paediatrics said that while kids appear susceptible to develop the infection, 90% of the cases are mild or without symptoms 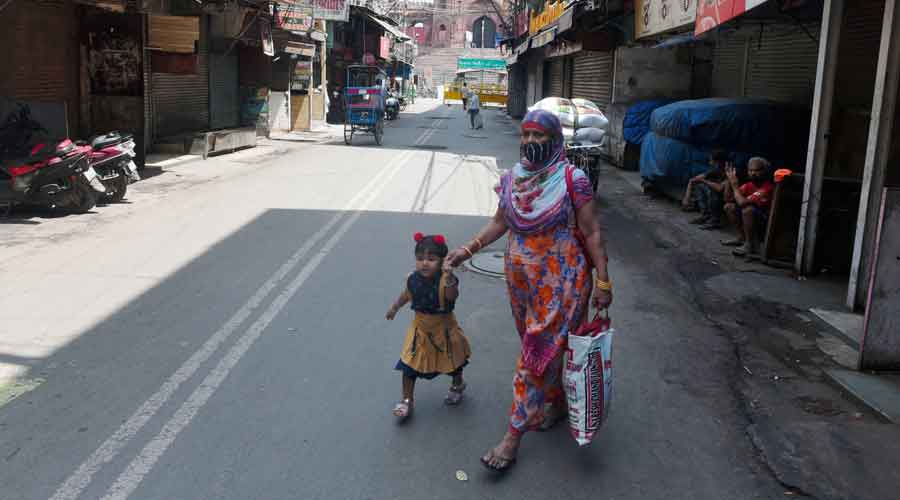 Any fresh surge in the Covid-19 epidemic is “highly unlikely” to predominantly or severely affect children, the Indian Academy of Paediatrics has asserted to try and allay what doctors say are baseless fears circulating on social media about a third wave hitting children hard.

The IAP, a body representing over 32,000 paediatricians across the country, said that while children appear as susceptible as adults and the elderly to develop the coronavirus infection, 90 per cent of infections in children are mild or without symptoms.

The public advisory from the IAP’s Covid-19 committee comes amid what paediatricians say are unsubstantiated suggestions that a third wave of the epidemic is likely to affect children harder than the first and second waves did.

“We wanted to refute wrong messages and misconceptions going around,” Bakul Jayant Parekh, a Mumbai-based paediatrician and former president of the IAP, told The Telegraph. “This advisory represents the IAP’s viewpoint based on global scientific evidence.”

The IAP said that while severe disease occurred primarily in the elderly and in individuals with underlying chronic illnesses during the first wave, a larger proportion of people aged 30 to 45 had developed severe disease during the ongoing second wave.

Clinical data collected during India’s first and second waves show that Covid-19 infections in children are less likely to require admission to intensive care units. The IAP said there was “no evidence” to suggest that most children with Covid-19 would develop severe disease in the third wave.

Paediatricians and public health experts speculate that the emergence of new and more infectious coronavirus variants such as the one named B.1.617 in the second wave have led to a spurt in rumour-mongering.

Medical researchers, however, say there is no data yet to suggest that the variants are causing severe disease.

“But there is so much speculation on social media and panic among parents,” Dhanya Dharmapalan, a Mumbai-based paediatrician and member of the IAP’s Covid-19 committee, told The Telegraph.

“We see more children get infected during this (second) wave, but this is likely because there are more infections overall. As the numbers of overall infections grew, so did the number of (infected) children.”

The academy said that besides looking out for the infection, patients should watch out for mental health issues among children. They should stay vigilant about child abuse, limit screen time and prepare the children for safe school reopening.

India’s second wave of Covid, which began in February-March after the epidemic shrank steadily following the first wave’s peak in mid-September, has stirred speculation about a possible third wave later this year, particularly because vast sections of India’s population are expected to remain unvaccinated.

Public health specialists have asserted that it is too early to predict whether a third wave would occur or how large the epidemic would grow.

The IAP has echoed that view in its advisory: “There is a possibility of a third wave, but it is difficult to predict its timing and severity.”