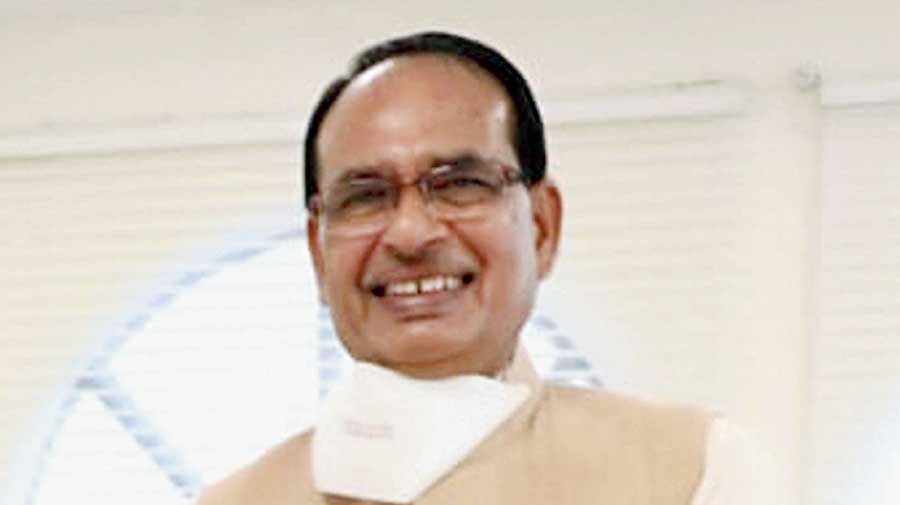 An ugly political battle has erupted in Madhya Pradesh over the extent of damage caused by the pandemic as the Congress on Monday sought registration of FIR against chief minister Shivraj Singh Chouhan in every district of the state for the “sin” of hiding the actual death figures.

Congress workers on Monday approached police stations in all the 52 districts of the state and filed complaints against the manipulation of data on Covid-19 deaths and sought registration of FIR against the chief minister. This followed the coercive action by the state government on Sunday in which an FIR was filed against former chief minister and state Congress chief Kamal Nath for exaggerating death figures and using the term “Indian variant” to defame the country.

The Congress hit back with a vengeance. It not only targeted the chief minister, but also asked party workers to go door-to-door to compile the number of deaths in every district, the complete details of which would be uploaded on a website later. While the government has said only 8,000 people had died due to Covid-19 till Sunday, the Congress put the number at over one lakh. The Congress also presented data collected from crematoriums of big cities such as Indore and Bhopal to expose the claims made by the government.

While Chouhan justified the FIR against Nath by expressing outrage over his decision to play politics on “dead bodies”, BJP leaders went to police stations seeking FIRs against the state Congress chief. The BJP workers condemned Nath as “traitor” and burnt his effigies. Chouhan also asked Sonia Gandhi to explain whether she agreed with Nath on the “Indian variant” of the coronavirus.

The Congress rubbished the BJP’s hype over the expression “Indian variant”, pointing out that the government of India’s own affidavit submitted in the Supreme Court mentioned — Indian double mutant strain — in paragraph 33. “Will Chouhan file an FIR against the central government as well?”

Nath argued that both national and international media were referring to the Indian variant, apart from several heads of states across the world.

Responding to the FIR against him, Nath said: “The BJP is not fighting corona(virus), it is fighting aalochna (criticism). They have brought the country to such a miserable condition — Indian students are not allowed to go back, people are not sitting in taxis run by Indians in foreign countries. The government is oblivious of the real problems and is interested only in image management. What was the Prime Minister doing before the second wave struck? He was celebrating victory over corona(virus). Economy is in shambles, small businesses are destroyed, the poor are in such distress.”

The Congress has also appealed to families who have lost their loved ones to register FIRs against attempts to hide the number of deaths. Congress spokesperson Jitu Patwari said their sole intention was to ensure that the families of those who died of Covid-19 got compensation and benefits of government policies. “The difference between the actual number of deaths is at least 10 to 15 times more than the official figure in every district,” he said.

The Congress cited a newspaper report, which said: “26,000 deaths happened over a period of 61 days in the second wave while the official claim was only 7,139 deaths over 424 days.”

Patwari said: “There are 6,500 villages in Madhya Pradesh and no village has witnessed less than 10-15 deaths. A frightened chief minister is trying to hide his sins. But we are not going to allow that, we want justice for the people.”

The Congress had a few days ago sought a white paper on Covid deaths, arguing that many states were hiding the actual numbers. They have particularly targeted Gujarat, Delhi and Uttar Pradesh, saying that data collected from crematoriums showed the number of deaths was very high but the government was not registering all the deaths as Covid-19 casualties.

The bodies flowing in the Ganga in different cities of Uttar Pradesh and thousands of corpses strewn on the banks of the river — a horrible sight that made international news — indicate the tragedy is much bigger than the government is conceding.