Advertisement
Home / India / More than 29 million hydroxychloroquine doses bought by US have come from India: Trump

More than 29 million hydroxychloroquine doses bought by US have come from India: Trump 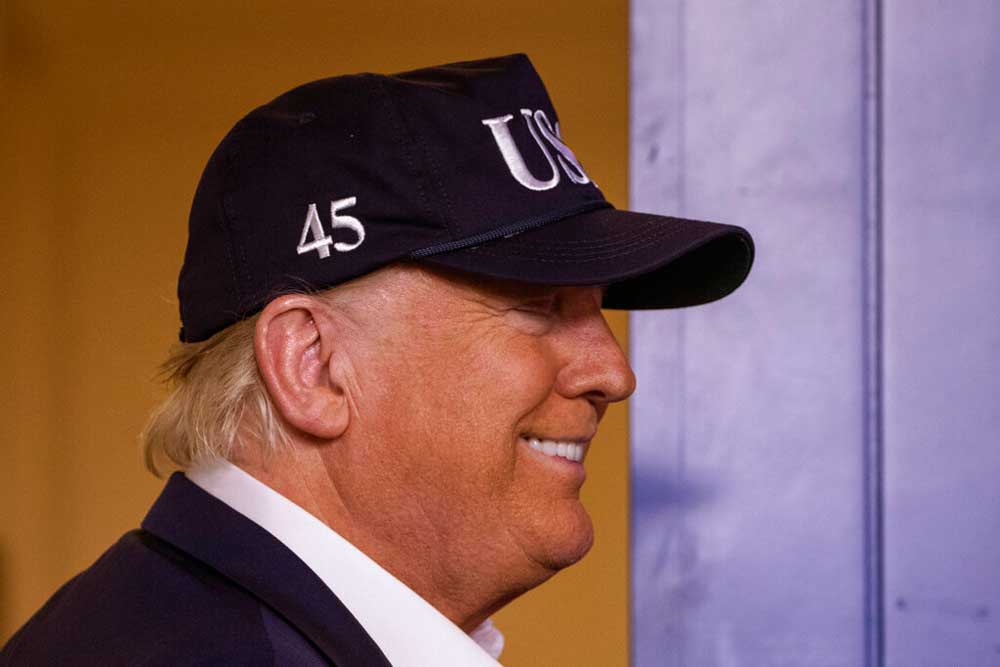 A sizeable chunk of the 29 million doses of hydroxychloroquine bought by the US to combat the coronavirus pandemic is from India, President Donald Trump has said as he acknowledged that Prime Minister Narendra Modi was 'great' when he sought his help to allow the sale of the anti-malaria drug to treat the growing number of COVID-19 patients in America.

Trump and Prime Minister Modi spoke over the phone last week. During the call, Trump requested Modi to lift the hold on the American order of hydroxychloroquine, of which India is the major producer.

Hydroxychloroquine has been identified by the US Food and Drug Administration as a possible treatment for the COVID-19 and it is being tested on more than 1,500 coronavirus patients in New York. Anticipating that it will work, given initial positive results, Trump has bought more than 29 million doses of hydroxychloroquine for potential treatment of COVID-19 patients.

'I bought millions of doses (of hydroxychloroquine). More than 29 million. I spoke to Prime Minister Modi, a lot of it (hydroxychloroquine) comes out of India. I asked him if he would release it? He was Great. He was really good,' Trump told Sean Hannity of the Fox News on Monday night.

'You know they put a stop because they wanted it for India, Trump said responding to a question on the usage of hydroxychloroquine.

India on Tuesday allowed the export of hydroxychloroquine to the US, which has emerged as the global hotspot of COVID-19.

By Tuesday night, nearly four lakh Americans tested positive for the novel coronavirus and the fatalities was more than 12,850. During the interview, Trump described hydroxychloroquine as a powerful malaria drug. The drug is being tested on hundreds of coronavirus patients in New York.

But there are a lot of good things coming from that, Trump said.

Lot of people are looking at it and saying, you know I don't hear bad stories, I hear good stories. And I don't hear anything where it is causing death, said the US President.

Hydroxychloroquine, an old and inexpensive drug used to treat malaria, is seen as a viable therapeutic solution by President Trump to coronavirus.

Last week Trump said he has sought help from Prime Minister Modi to allow the sale of hydroxychloroquine tablets ordered by the US to treat the growing number of coronavirus patients in his country, hours after India banned the export of the anti-malarial drug.

India has received similar requests from several other countries including its immediate neighbours Sri Lanka and Nepal. India has said that it is reviewing its export ban order.

Notably, India's decision to ban the exports of hydroxychloroquine is driven by its desire to take stock of the domestic requirements and ensure that the country has enough of the drug.

'I would be surprised if he would, you know, because India does very well with the United States,' Trump told reporters during a press briefing at the White House on Monday.

Trump and Modi enjoy a personal friendship as reflected in the president joining the prime minister at the 'Howdy, Modi!' event in Houston last September.

This February, Trump made a rare India-specific solo trip to Ahmedabad and New Delhi.

India on Monday agreed to lift the ban on export of hydroxychloroquine to the US. Three Gujarat-based companies would export these tablets to the US, Chief Minister Vijay Rupani said on Tuesday.

India manufactures 70 per cent of the world's supply of hydroxychloroquine, according to Indian Pharmaceutical Alliance (IPA) secretary-general Sudarshan Jain.

The country has a production capacity of 40 tonnes of hydroxychloroquine (HCQ) every month, implying 20 crore tablets of 200 mg each. And since the drug is also used to auto-immune diseases like rheumatoid arthritis and lupus, manufacturers have good production capacities that can also be ramped up.