‘Gaps in rules allow homesick workers to be fleeced’ 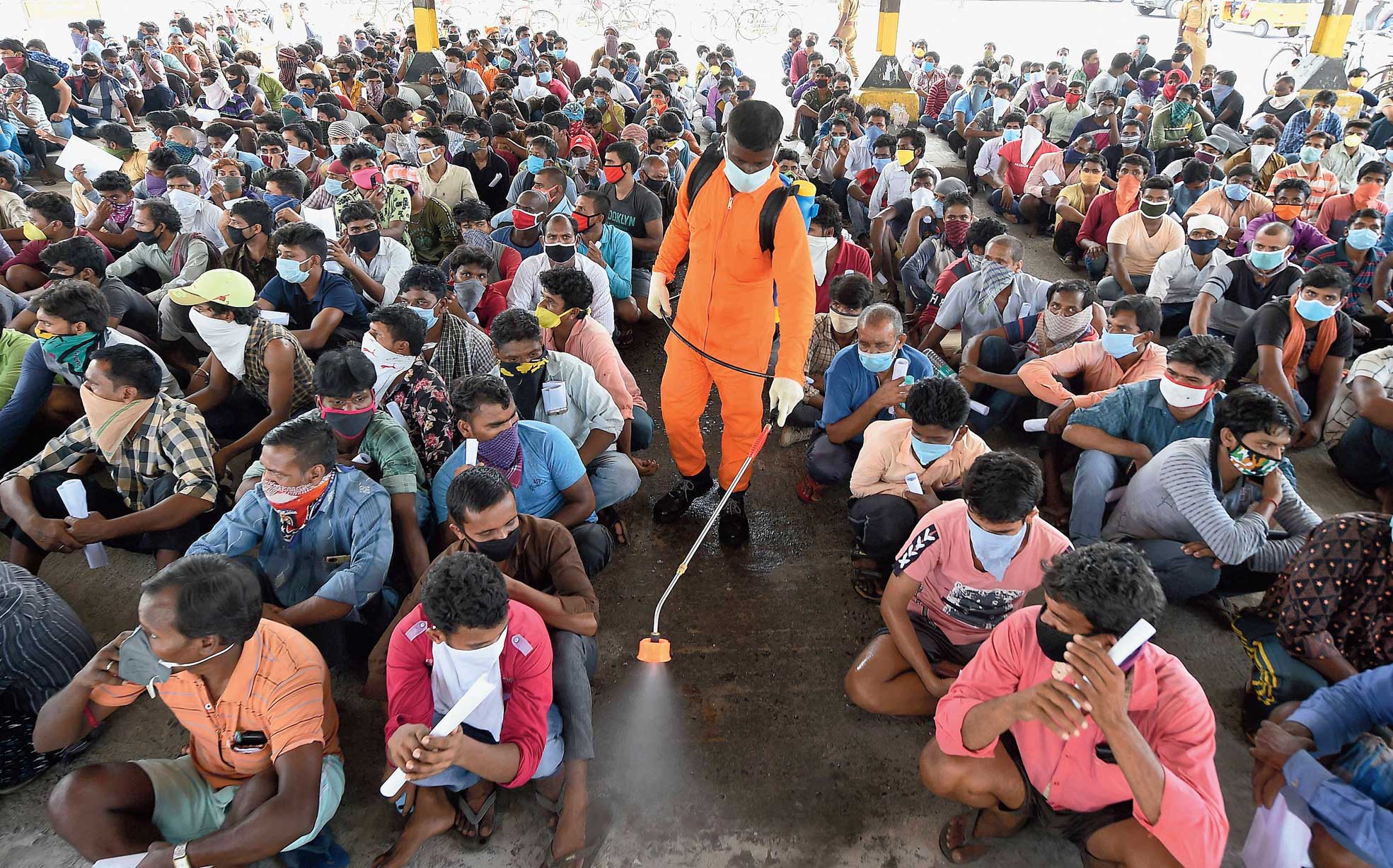 A network of aid workers has told the government its mechanism for the return of stranded migrants is complicated and full of holes, and has led to touts fleecing the impoverished and homesick labourers.

In a letter to Union home secretary Ajay Bhalla, the Stranded Workers Action Network (Swan) has listed 10 shortcomings of the Centre’s “standard operating procedures for movement of stranded migrant labourers”, issued on Monday.

“In the absence of information on the number of trains that will run, schedules, transparent processes for seat allotment, a black market has developed overnight,” the letter says.

“Migrants have reported paying between Rs 1,500-8,000 per person to register for travel by private bus and trains. The costs vary by distances.”

The shortcomings the letter mentions:

⦾ Lack of details on the coordination of online and (the minimal) offline registration;

⦾ Lack of clarity on logistics or on the basis for the allotment of the train seats;

⦾ Absence of protocols on how the workers are to be informed about the travel plans;

⦾ Absence of a mechanism for the workers to track their application status;

⦾ The cost considerations for workers (who reports say are being charged although the Centre denies it);

⦾ Lack of clarity about the protocols for intra-state travel from workplace to home;

⦾ Absence of a mechanism to estimate the number of trains required;

⦾ Lack of prioritising in favour of vulnerable passengers, such as the elderly and the disabled.

“Based on specific state requirements, migrants have to register twice...: on the portal of the state they are travelling from as well as the state they want to go to. Some states have specifically waived off the double registration at both ends.”

Swan adds that the portals of Bihar and Delhi “are not functional”.

Delhi’s website has crashed several times under the load of traffic, and yet around 59,000 have registered. A Bihar government source said the state’s portal was only for people stranded in Bihar—whose number is comparatively small since Bihar largely sends out labour.

“Procedures for travel post-registration are either unavailable or do not meet the requirements of migrant workers,” the letter says.

“In the case of West Bengal, people who filled the form to return to Jharkhand received a notification asking for private vehicle information....”

Swan has demanded that a fresh standard operating procedure be issued immediately after consulting the states. It also wants facilitation centres set up with dedicated desks for states with high labour outflow such as Bihar, Jharkhand and Bengal.

“It should only be based on the workers’ choice to return home and not the will of the states on who should move…. Clarify that the onus of issuing passes and testing should lie with the state from which the migrant is travelling,” the letter says.

Swan has demanded a single, simple registration portal for the whole country with data drawn from all the state portals.

Its letter is based on feedback from 46,000 workers whom Swan aided during the lockdown.

Swan has helped create the https://migrants.covid-india.in/website, which collates for the workers’ benefit the travel procedures laid down by the various states and Union Territories.