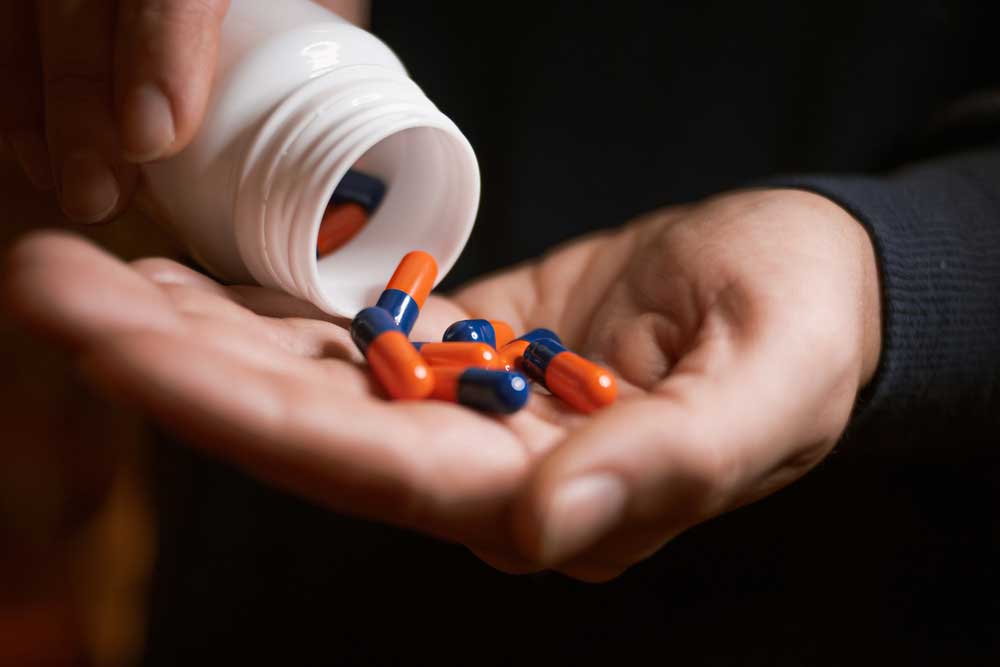 “For APIs, India is dependent on China — but this is true of many other countries, including the US,” said Ashok Kumar Madan, executive director with the Indian Drug Manufacturers Association.
(Shutterstock)
G.S. Mudur   |   New Delhi   |   Published 13.05.20, 10:43 PM

India’s pharmaceutical industry imports over 70 per cent of key chemical ingredients and will find it challenging to heed Prime Minister Narendra Modi’s call on Tuesday for self-reliance across sectors, experts said.

India’s high dependence on imported active pharmaceutical ingredients (APIs) has been the outcome of Chinese policies designed to dominate the API market through cost and technology advantages, coupled with India’s failure to respond to those challenges, researchers and industry executives said.

“Our growing dependence on China started some 25 years ago. Periodically we’ve recognised the risks but so far we’ve been unable to respond effectively,” Reji Joseph, an economist and associate professor at the Institute for Studies in Industrial Development, told The Telegraph.

A parliamentary question answered by chemicals and fertilisers minister Devusinh Jesingbhai Chauhan on December 3 last year had underscored the country’s dependence on imports for APIs. China accounted for around 56 per cent of the API imports in 2016, around 68 per cent in 2017 and 66 per cent in 2018.

“For APIs, India is dependent on China — but this is true of many other countries, including the US,” said Ashok Kumar Madan, executive director with the Indian Drug Manufacturers Association.

He had added that the government had set up an inter-ministerial task force to formulate a road map to enhance domestic API production.

Joseph and others said the government had recognised the need to reduce dependence years ago.

“For various reasons, things have not gone beyond reports by expert panels,” said Sourirajan Srinivasan, a member of the All India Drug Action Network, a patients’ rights group.

Through the 1980s, India used to import around 30 per cent APIs, said Joseph. But from the early 1990s, the Chinese government encouraged and invested heavily in both chemical synthesis and biotechnology — the two key processes for API production.

“They basically stole a march on the world through better technology, vast scales of production, and subsidies from the government through such things as energy or effluent treatment,” Joseph said.

“This has enabled China to offer many APIs at costs that no other country can compete with.”

The Narendra Modi government, recognising the risks of dependence on imports, set up an experts’ panel in 2015 that recommended the establishment of API production parks and government incentives for research and development for competitive production.

“The industry didn’t respond – any investment would be a risk and there was no certainty that they could beat China’s cost competitiveness. The outcome of investments would have taken some time, and the fear was that China would during that time become even more cost competitive,” Joseph said.

How the new coronavirus might impact things is still unclear, but both the Indian government and sections of the pharmaceutical industry appear keen to bring about change.

The Union cabinet in March approved the investment of Rs 9,940 crore to bolster API production. Of this, Rs 3,000 crore was for mega parks and Rs 6,940 crore was, over the next eight years, to support industry efforts at domestic production of 27 APIs made through chemical synthesis and 26 through fermentation.

“The 27 APIs made through the chemical synthesis route are low-lying fruit – we have the technology and plants with idle capacity,” Madan said.

“With appropriate government support, they could scale up production within three months. But the government would need to loosen up certain regulations.”

The 26 APIs that require fermentation technology will involve long-term capital investments and government support, Madan said. The proposed mega parks will take time too as they involve Centre-state discussions and the allocation of land parcels.

“API plants based on fermentation could take up to six years for optimised production,” Madan said.

The risk, as one industry executive put it, is that China might use that time to improve its own technology and further reduce costs.