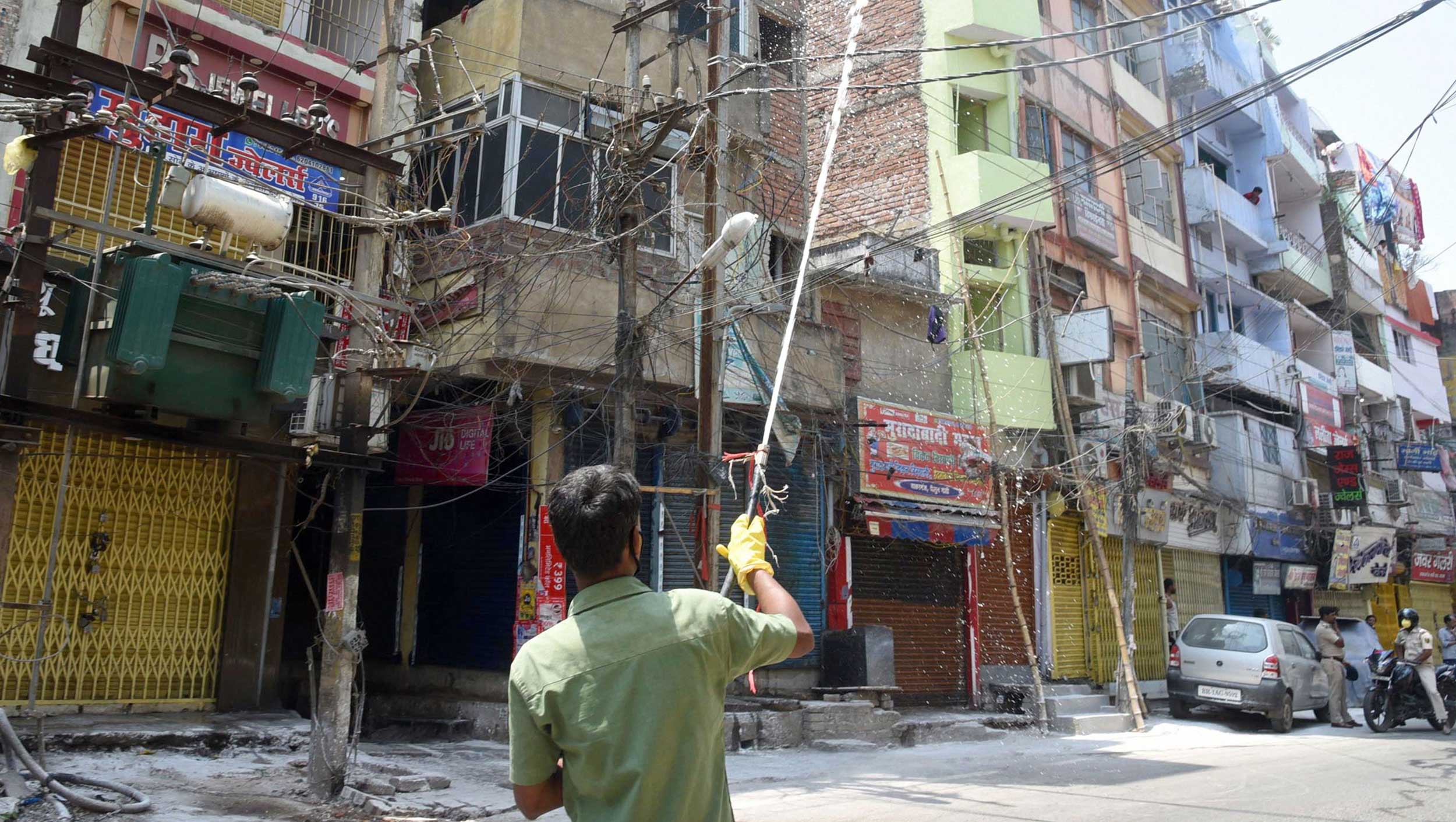 A young sanitisation worker who had sodium hypochlorite sprayed into his mouth when he had gone to a village to sanitise it died in a hospital on Saturday, succumbing to the effects of the corrosive chemical four days after the atrocious assault.

Police have registered a case of murder against five persons who have been absconding since April 14, when the incident happened in Pempur village under Bhot police station in Rampur district, Uttar Pradesh.

“One named accused is absconding. We are trying to identify the other four accused. All of them would soon be arrested,” Yogendra Singh, a police officer in Rampur, said.

“A case of attempt to murder had been registered against five people on April 15 and it was converted into (a case of) murder on Saturday,” the officer added.

The outrageous assault on Kunwar Pal, 21, came at a time state governments and the central government have dubbed medical staff and sanitisation workers as the country’s “corona warriors”.

Common people have showered flowers on these workers in many districts of the state.

Hari Shankar Pal, of Mutiyapur village in Rampur district, had registered a case with the police that his younger brother, Kunwar Pal, had gone to Pempur to sanitise the village on the direction of municipal authorities. But some people had forcibly opened his mouth and sprayed the chemical, most often encountered as a solution commonly known as bleach.

“While he was spraying sodium hypochlorite on the streets of Pempur, a few drops of the chemical fell on the shirt of Indrapal Singh, a villager, and four others. They got angry and tied my brother’s hands and legs with a rope. Then they opened his mouth and sprayed the chemical. Kunwar Pal fainted there,” Hari Shankar told reporters after a fresh police complaint submitted on Saturday.

“Hulasi Kumar, another sanitisation worker who was also spraying the chemical at a distance, rushed my brother to a hospital in the Bilaspur area of Rampur with the help of some villagers. From there, my brother was referred to TMU Hospital in Moradabad. He died there during treatment.”

Hari Shankar said Kunwar Pal’s marriage had been fixed a few days ago and the family was preparing for the wedding.